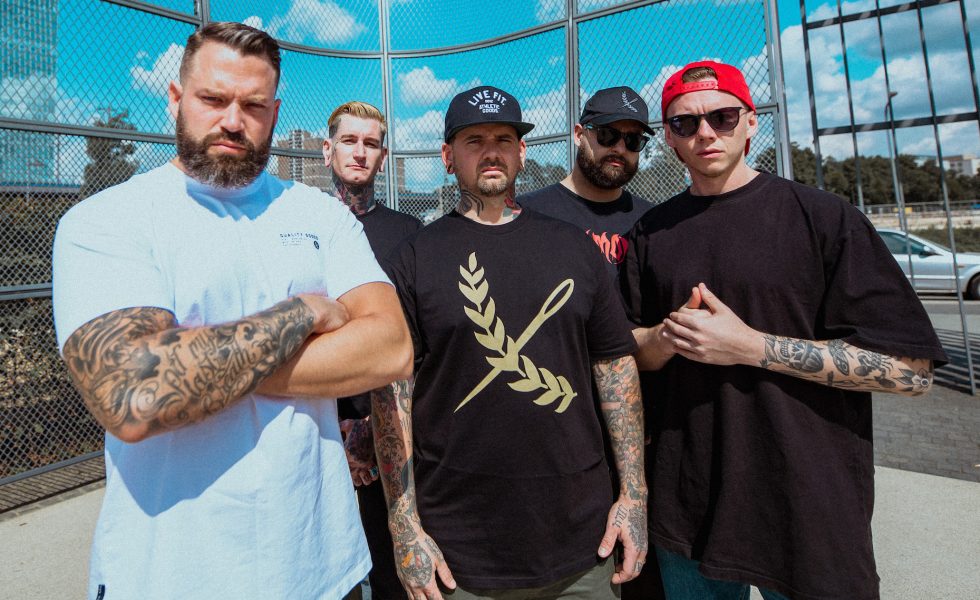 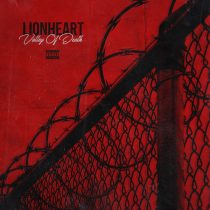 On Valley Of Death, California wrecking crew Lionheart really, really try their best to emphasise the ‘hard’ in hardcore.

From the barbed-wire adorned album artwork, to the tough-guy lyrics and gang posse video singles, this newest LP is essentially the audio equivalent of a ‘THUG LIFE’ gut tattoo, emblazoned in solid black Old English font on the stretched skin of a white bloke in his early thirties, complete with an obvious sunglasses tan, a fresh fade and a crisp new Tapout tee. On tracks like When I Get Out and Born Feet First, vocalist Rob Watson waxes lyrical about prison time, substance abuse, drowning sorrows and generally cultivating a tortured, ‘street soldier’ type lifestyle.

And look, that’s all good and well. It’s certainly not my place to judge anyone else’s life story. Watson actually address’s this point head-on on the antagonistic For The Record, calling out all of those “fucking critic[s] with a pen and a problem (all of ’em)” saying: “Ya damn right/All my songs about pain/And I like ‘em that way/So do you get it?/Sing about it cause I lived it/If I said it then I meant it.” So, I guess that’s that then.

Sonically, there’s about as much danger and excitement in these Stories From The Gutter as turning on the TV and landing half-way through a Sons of Anarchy re-run. The album production is clean and heavy enough, but the songwriting is tepid at best and uninspired at worst. The beatdowns and mosh parts are very one-note, and there’s only a view moments on tracks like Rock Bottom (which features Jesse Barnett from Stick To Your Guns) or In My Skin that stand out in any distinct way. There’s also a lot of rap style posturing (e.g. siren sound effects, vocal manipulation, a litany of “Ughhhhh” inflections) that leaves the whole thing feeling a little on the nose.

Mostly, Valley of Death feels like one dude shouting angrily about his life and not caring if anyone bothers to listen.

Sure, Watson paints a vivid picture of his hard times, with a rigid focus on mental health issues and a personal code of ethics that roughly equates to ‘I’ll do me. Get the fuck out of my way.’ However, nothing about it sounds compelling or original against the hardcore landscape of the last 30 years or so. At least when Madball dropped Hold It Down, Hatebreed released Perseverance or Terror evolved on Keepers of the Faith, you got the sense that there was innate sense of community and solidarity built into their hardcore ethos as a band, and that, consequently, the energy and vibe of those records simply translated through to the music. By contrast, Lionheart feel about as risk-averse as someone gleefully taking a plea-bargain.

Mostly, Valley of Death feels like one dude shouting angrily about his life and not caring if anyone bothers to listen. Again, no problem there—art is often solely for the artist. And yet, it’s not that there’s a lack of message on this album either, but more that it’s not exactly clear who it’s directed at or to. Once more, here’s Watson on For The Record: “And once again for the record/Still don’t give a fuck about selling records/Still don’t need your damn handout/So keep my motherfuckin’ name out your damn mouth.” Well said and I’ll happily oblige you on that account.

STANDOUT TRACKS: Rock Bottom, In My Skin, For The Record

STICK THIS NEXT TO: Terror, Hatebreed, The Ghost Inside