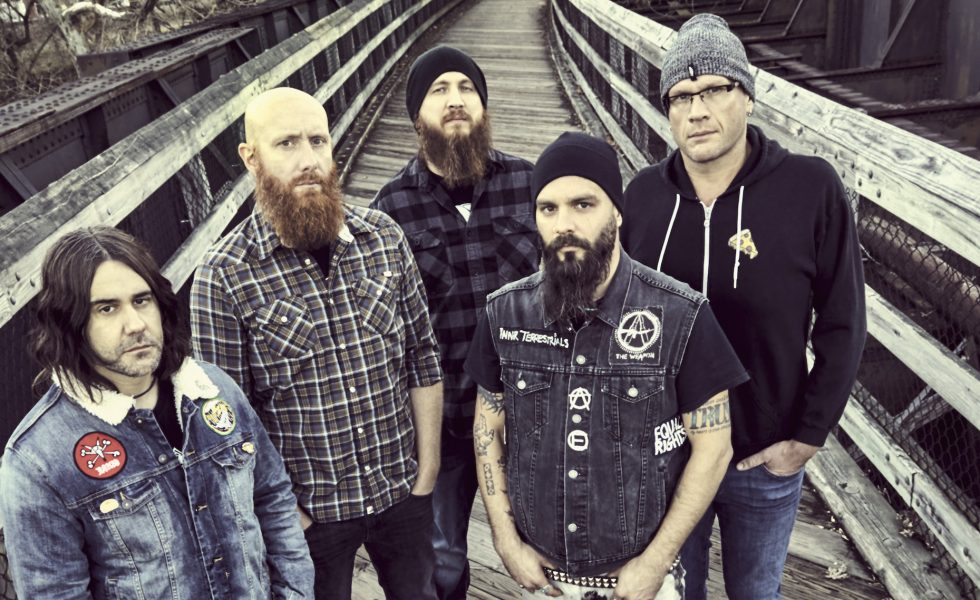 Following the huge news, the band have also shared the first track from the record, Unleashed.

“Unleashed is about inner passion and rage coming up to the surface,” says frontman Jesse Leach. “We all have that wild within that often stays dormant until a tragic event triggers and awakens it. This song is about that awakening within. I feel we were able to capture something raw and intense on this song and I’m stoked for everyone to hear it! The new album Atonement is a reflection of perseverance and passion through the trials and suffering of our existence.”

Atonement has been in the works for two years, with Killswitch Engage throwing ideas around for the record as early as 2017. Its creation has not been without its struggles, with Leach having to undergo surgery during the recording process to deal with polyp developed scar tissue in his throat. He also went through an intense three-month recovery, which included speech therapy, vocal therapy, and scream therapy.

The album cover for Atonement was created by UK based artist Richey Beckett (Metallica, Mastodon) with the band’s own Mike D’Antonio handling art direction and layout duties.

Over the course of the past two decades, Killswitch Engage has cemented their status as heavy icons. Their 2002 record Alive Or Just Breathing was named as one of the “The Top 100 Greatest Metal Albums of the Decade” by Decibel. Since then, they have also racked up two GRAMMY®Award nominations in the category of “Best Metal Performance”, and gold certifications for The End of Heartache (2004) and As Daylight Days (2006). They’ve also garnered three consecutive Top 10 debuts on the Billboard Top 200 with Killswitch Engage (2009), Disarm The Descent (2013), and Incarnate (2016).