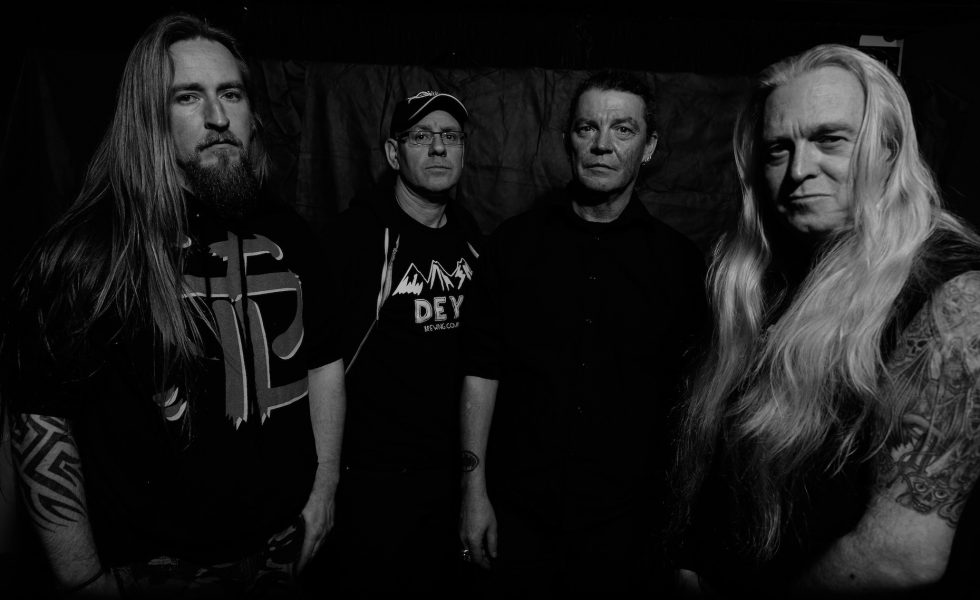 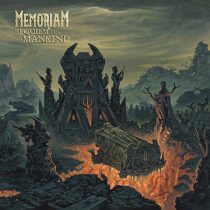 Requiem For Mankind is the third album from British death metal band Memoriam.

This is indeed Memoriam’s third album in as many years, following 2018’s The Silent Vigil and their 2017 debut album For The Fallen, and it feels like a culmination of the strengths of its immediate predecessors. Requiem For Mankind is a stately and solemn, yet gritty and tough death metal release.

The momentum that Memoriam has built up over the last two albums is real and apparent on Requiem For Mankind. From the opening track Shell Shock, it’s clear that this is down-the-line old school-style death metal in its fullest form; robust and abrasive vocal-and-riff-led aggressively dark tracks, reflective of the members’ mileage in formative British death metal bands such as Bolt Thrower and Benediction. Yet greater than the sum of its parts, and far from being nostalgic, Memoriam seems to capture on Requiem For Mankind the best of the ‘old school death metal’ sound and embrace this very genre’s tenacity for scathing contemporary political critique.

Memoriam seems to capture on Requiem For Mankind the best of the ‘old school death metal’ sound and embrace this very genre’s tenacity for scathing contemporary political critique.

Memoriam’s journey as a band over the last few years seems to come to head on this release. On tracks such as Fixed Bayonets there is rage, and there is darkness woven into, for example, In the Midst Of Desolation. There is also, however, empowerment, felt acutely on Refuse To Be Led, Never The Victim, and the single Undefeated. This is one of the standout features of Requiem For Mankind, this overwhelming sense of solidarity and optimism, before the chilling final notes of instrumental closing track Interment. The result is a solid and impressive reworking and deepening of the themes familiar to them–being war, death, and destruction–and make no mistake, its political.

STANDOUT TRACKS: In the Midst Of Desolation, The Veteran, Refuse To Be Led.

STICK THIS NEXT TO: Benediction, Bolt Thrower, Possessed