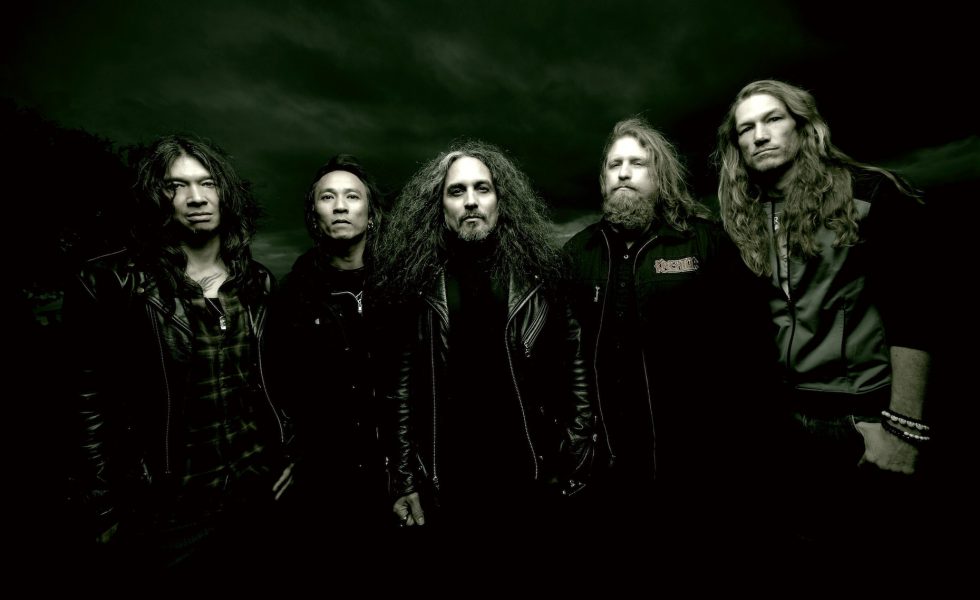 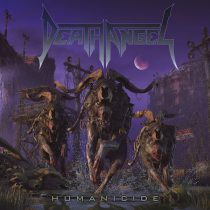 Since their formation in the midst of the swelling Bay Area thrash scene of the early-mid 1980s, and even more so since their triumphant return in 2001, Death Angel have been destroying the standard of thrash metal, culminating in their 2016 release The Evil Divide. Now with their ninth full-length release, Humanicide, about to hit our ears, Death Angel unleash even more innovative thrash metal with a disturbing tale of decay, destruction and somehow, still hope.

With Humanicide, Death Angel has confirmed that thrash metal is a powerful and malleable medium for conveying important statements.

The opening title track Humanicide really sets the scene conceptually, opening with a dire scream and sense of panic ridden riffing before letting fly on the rigorous solos that are laced throughout the album.  Humanicide is a well-constructed album that convincingly tells its story; the first half is laden with darker tracks such as second-in-line Divine Defector. With a memorably unnerving stain in the guitars, Divine Defector is rhythmically inventive and the soloing curiously, and beautifully, mournful by thrash criteria. Although one couldn’t call Humanicide anything other than thrash, Death Angel nonetheless really challenge the stylistic boundaries of their home-genre. This is particularly so on Aggressor, with an otherworldly opening and stately solid mid pace progression that pulls back to a tense atmospheric interlude with eerily twinkling guitars. The emotion runs high in Death Angel’s innovative form of thrash with Immortal Behated, a broodingly profound track with yearning guitars more melodic vocals and a movingly tempestuous piano piece to close, which is first for Death Angel. All this said, however, there is plenty of vigorous thrash on Humanicide, particularly from midway on the album, at which point the darkness appears to subside in favour of energetic, inspired and even empowering tracks such as Alive and Screaming, Ghost Of Me, and an anthem-style ode to the fans in The Pack.

The message of Humanicide is brought full circle with the two closing tracks Revelation Song, which emphasises learning from humanity’s mistakes, and Of Rats and Men, a suitably anger-charged final statement. With Humanicide, Death Angel has confirmed that thrash metal is a powerful and malleable medium for conveying important statements. Musically they have produced a varied and impactful album that is so stacked with killer riffs and fist-pumping solos, multiple layers of meaning and significance that it is possible to listen through Humanicide dozens of times and the rage will remain.

STICK THIS NEXT TO: Testament, Heathen, Possessed