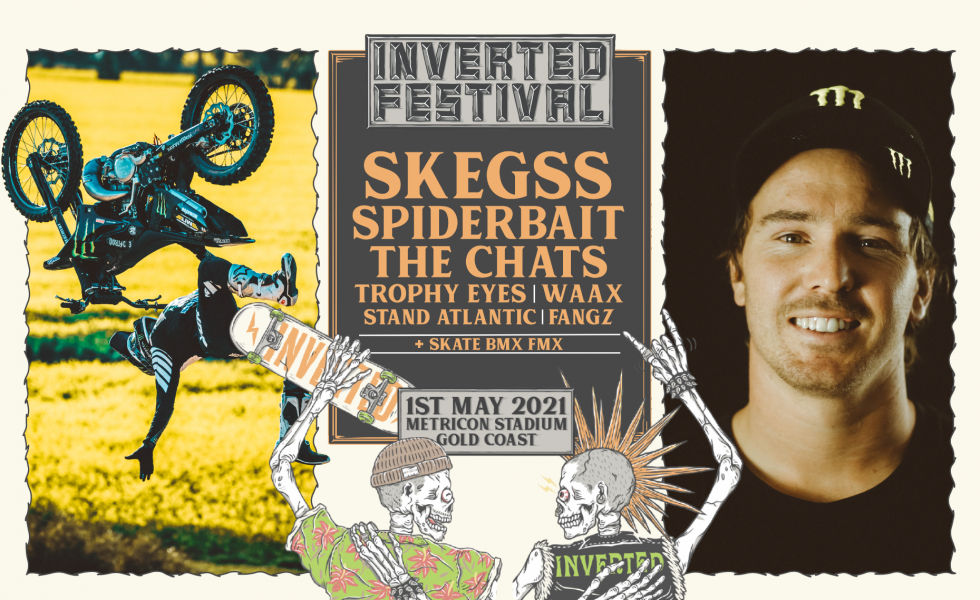 Imagine being Jacko Strong. After accomplishing pretty much everything he can do in FMX, he now spends his days constantly trying new action sports; including his fabled appearance at the 2013 Winter X Games.

“I rode skidoos in 2013 at the X Games and if you Youtube it you’ll see a massive crash where my skidoo took off into the crowd. I’m the only person who has been banned from an X Games event because I got banned after that from Skidoo events” he laughs.

“So I went to the snowbikes, which I wasn’t banned from.”

“I love going to Aspen and hanging out in the snow. Being an Aussie kid, it’s amazing finally getting some good snow and really going for it.”

Growing up on a farm in regional New South Wales, Strong first shot into the world of action sports as a 13 year old, when he got asked to join the Crusty Demons.

“I went from being in a country high school to touring with the Crusty Demons. Some of the stuff that happened on those tours are so wild when I look back on them as an adult. It was crazy though. I’d go to school during the week and then head out on the Crusty’s tour on the weekend and then party all night with the older guys and then go back to school and polish my shoes before Monday morning.”

When asked if he copped the same jealous backlash Silverchair famously did from their high school peers he thoughtfully responded, “I just had the same friends as always.”

“No one else seemed to care really, but I ended up leaving school in year 9.”

“School was never for me. I wasn’t that bad of a kid, I just didn’t like school and felt like I was wasting everyone’s time me being there.”

I listen to a lot of the artists there. I think Skegss will be really cool to see and The Chats are funny as hell. I’m not gonna miss Black Betty by Spiderbait.
[ Jacko Strong ]

Having been relaxing on his farm in NSW for most of 2020 and spending his time riding his own airplanes, Strong will be returning to FMX competition at this year’s Inverted Festival.

“I listen to a lot of the artists there. I think Skegss will be really cool to see and The Chats are funny as hell. I’m not gonna miss Black Betty by Spiderbait. I grew up on Sum 41 and Rise Against and this is kind of now the Aussie new age era of that music which is cool.”

“It’s also the first competition back in the country so I’m excited to go hang out and just see some normal life again. As much as I love hanging out at home I do miss putting on a show and going out and riding in front of people so it’s exciting to get back and hang out with friends.”

“To see live music again will be awesome as well. It’s a language everyone can understand; hanging out with a big group of people, watching bands and drinking piss. I think that’s a big part of everyone’s life.”