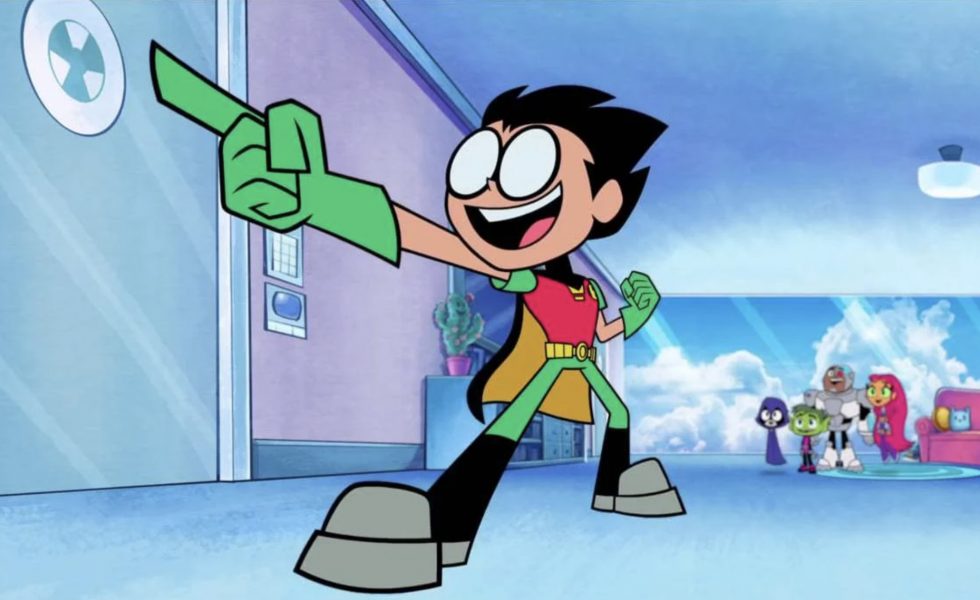 Cartoon Network’s Teen Titans GO! is one of the most divisive cartoons in some time.

MORE: HALLOWEEN HYSTERIA: Your Guide To The Best Gig This October // DOWNLOAD FESTIVAL 2019: The International Acts We Would Love To See REVIEWS: THRICE: Palms // $UICIDEBOY$: I Want To Die In New Orleans  // AFTER TOUCH: You Wish This Was About You

Fans of the original Teen Titans series raged against its replacement, angered by the transition from engrossing storytelling to colourful goofiness and absurdly brilliant subversion–a favourite episode was leader Robin teaching his team about buying a rental property. The best episodes have focussed upon those criticisms, which the team poke more fun at in their feature-length film Teen Titans GO! To The Movies.

After fumbling through an encounter with Balloon Man (Greg Davies), the Teen Titans are reprimanded by the Justice League for their immaturity. Amongst their criticisms is the Teen Titans won’t be taken seriously until they have a movie about them (even Green Lantern has a movie, “But we don’t talk about that”). Upon realising the sure way of getting a movie is to have a great archenemy, the Titans bump into Slade (Will Arnett), who they endeavour to defeat in order to become film stars.

The film does hilarious work at skewering superhero clichés, especially the reviled recent work of the DC Cinematic Universe. The controversial “Martha” gets a great treatment, as does the number of spin-offs within the universe (“ALFRED: THE MOVIE”). One fantastic sequence that provides a lot of laughs has them travelling back in time to fix their idols’ tragic origin stories so they don’t become superheroes, leaving only the Titans to be the only heroes to make films about, then restoring the past with sadistic glee.

The film does hilarious work at skewering superhero clichés, especially the reviled recent work of the DC Cinematic Universe.

The filmmakers go all out with the film, with a stacked voice cast that includes Nic Cage as Superman, Lil Yachty as Green Lantern, and Michael Bolton as a tiger singing the catchy Upbeat Inspirational Song About Life. There’s even an unsubtle Stan Lee cameo, along with a few other friendly pokes at their Marvel competitors. The film’s main focus is Robin (Scott Menville), who is a great character with one of the best catchphrases (“Crack and egg on it, ca caw!”), but unfortunately the rest of the Titans fall into the background, only getting a few moments that really shine.

Much like the show, Teen Titans Go! To The Movies is colourful and anarchic fun (no other films take glee in assaulting Shia LaBeouf like this one). However, the characters lose some of their mania by stretching those 10 minute episodes into a feature length. Those episodes rarely follow a plot, but despite all of their subversions the film’s plot is a bit too generic, with even Raven commenting about a big reveal that she saw it coming a mile off.

While it isn’t as anarchic as the show, Teen Titans GO! To The Movies offers just as much fun. It may even be the strongest film to come from DC, even with its opening fart joke.

Teen Titans GO! To The Movies is in cinemas Thursday.

STICK THIS NEXT TO: The LEGO Batman Movie, Adventure Time, Regular Show