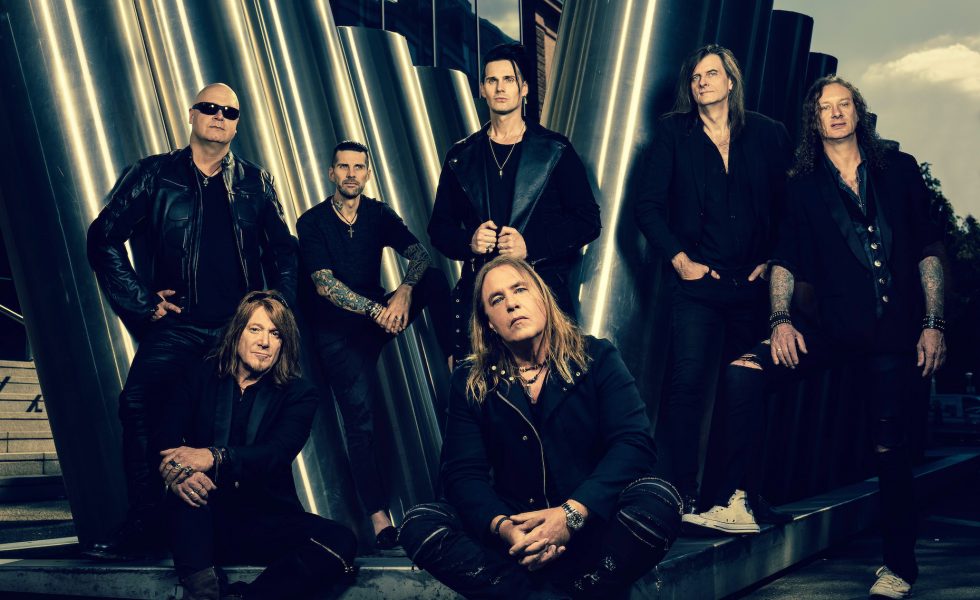 Helloween has kept the spirit of the spooky season alive with their latest single, Skyfall.

The seven-minute epic was written by Kai Hansen, the co-founding Helloween guitarist and singer who left the band in 1988 before rejoining in 2017.

Along with the single comes a cinematic film clip, produced by Martin Häusler. In a statement, the band said the clip was about “an alien landing on earth and a dramatic chase.”

“This record is the coronation of the PUMPKINS UNITED journey! Still today I am fascinated by the different character traits and facets of the Helloween history. As an example, I’d like to point out the legendary voices of Michi, Andi and Kai. To enjoy them now together on one record, under one flag is the ultimate Helloween experience.” Says drummer Dani Löble.

Guitarist Michael Weikath adds, “It is the incomprehensible encounter of seven musicians who are working as friends and even family and created something that no one would have thought could be possible. It is like awaking from a sleep but still being in an incredible dream.”

Helloween will officially drop on June 18th via Nuclear Blast. Australian Physical Preorders will kick off shortly, you can also pre-save it right here.

Skyfall is available digitally and on CD and two different vinyl versions. You can check out all options here.