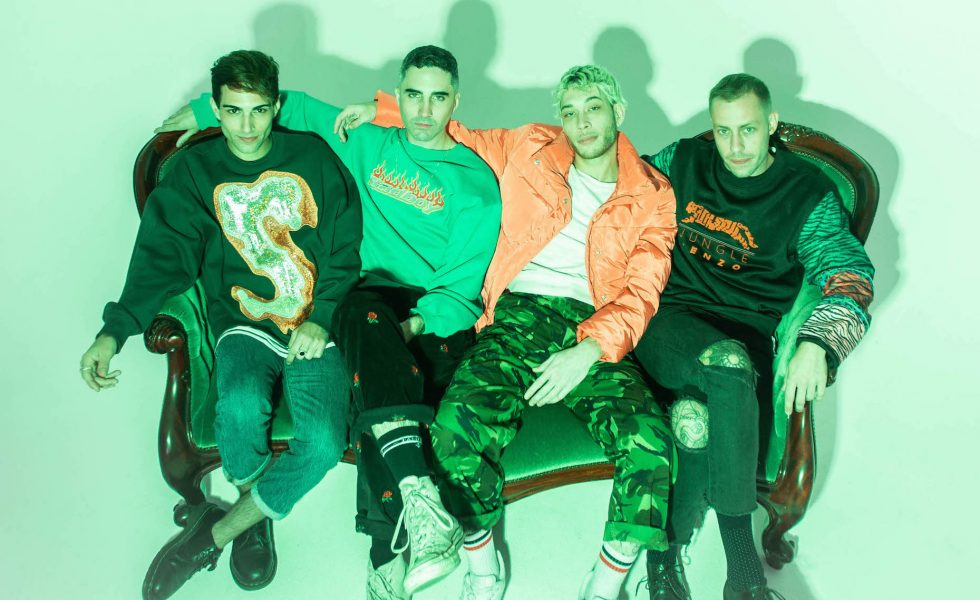 It’s been a minute, but Hellions are back with their long awaited fourth album Rue due to drop on the 19th October through UNFD.

MORE: HALLOWEEN HYSTERIA: Your Guide To The Best Gig This October // DOWNLOAD AUSTRALIA 2019: Drop First Epic Line-Up With Two Major Farewells REVIEWS: THRICE: Palms // $UICIDEBOY$: I Want To Die In New Orleans  // AFTER TOUCH: You Wish This Was About You

But wait, that’s not all! they have also announced that they will be doing three exclusive release week shows in Melbourne, Brisbane and Sydney. Known for their explosive live-show atmosphere and ability to have the crowds begging for more, Hellions are one band to have on that bands I need to see before I bite the bucket list (see what we did there?)

Joining in the news of their tour announcement, Hellions have released the video to their current single Smile. Following suite to both X (mwah) and Furrow, this track was created later in the creation process and is a buoyant and self-motivated tune surrounded by the refrain ‘I am ready to run, are you ready?’ that provides an ironic, in-depth look into our interactions of the digital age.

The tracks we should expect to see on Rue will be some sort of a bitter sweet irony by being divided between the ‘pessimistic’ and ‘humanitarian’ sides of life and a deeper interaction with how the world is deeply obsessed with being entertained on constant and how the price of entertainment can cause sacrifices to human compassion.

Anthony Caruso (drummer/co-writer) and Matt Gravolin (guitar/vocals/co-writer) follow on to say ‘We’ve all found ourselves speaking in blue, snide language about trivial matters that aren’t of any real consequence to us, asserting invalid opinions for the sake of having our voices heard.’ If that is any indication, this record is deeper and darker with melodies that are beautiful and riffs that are insanely seismic, but this nothing we should expect to see from an Aria nominated band like Hellions so thrash the shit out of that album and get ready to get rowdy.