May 17, 2019 / WORDS Jack Holt / Halestorm will be heading down to Australia this December 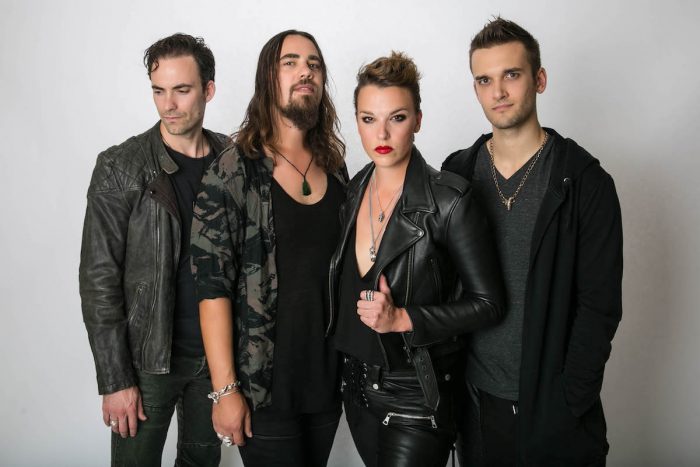 After a performance at the second year of Download Festival Australia, hard rockers Halestorm have proclaimed they will return to tour Australia, bringing along support Black Stone Cherry.

The Pennsylvania hard rockers are set to embrace the Australian shows this December.

With tickets to go on sale on Friday 17, fans will be able to catch Halestorm in Sydney, Brisbane, Adelaide and Melbourne. With the band boasting a record of 2,500 gigs since their inception in 1998, fans can expect to see a polished live band.

The news of an Australian tour comes after the 2019 release of double A-side Vicious/Chemicals, their first release since last years Vicious. While previous releases Halestorm and The Strange Case of… hold the honour of being certified gold.

The bands list of accolades includes a Grammy for Best Hard Rock/Metal Performance in 2013, while in 2016 fromtwoman Lzzy Hale gained acclaim via the Metal Hammer Golden Gods Award. Halestorm also boast the record for being the first female fronted band to reach number one at Active Rock radio, with Love Bites (So Do I).

With support performances for such industry giants as ZZ Top and Alice Cooper, Halestorm’s headline means the chance to bring along buddies Black Stone Cherry. This’ll be Black Stone Cherry’s first-time visiting Australia, since the release of 2018’s Family Tree.