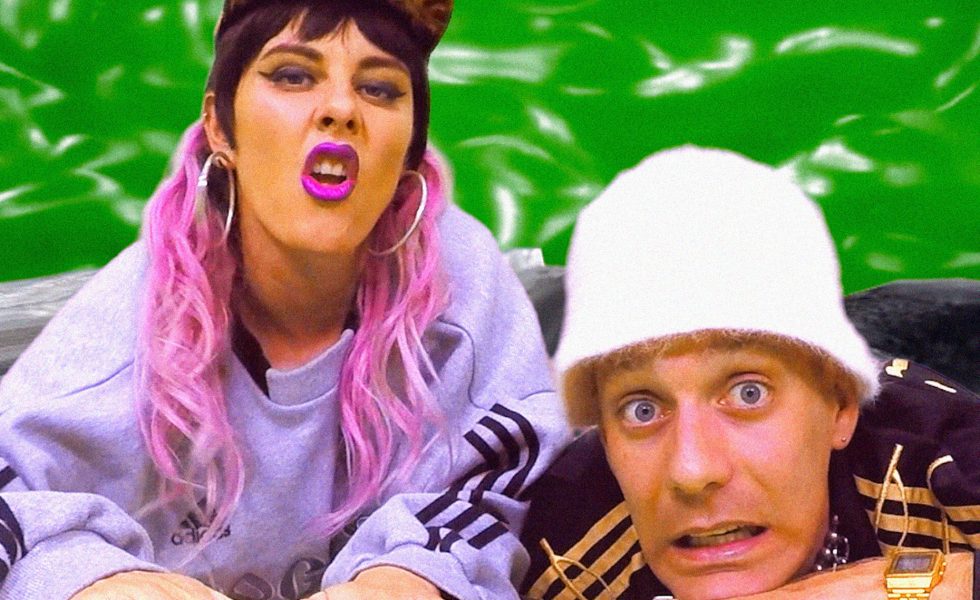 Bubblegum punks The Gooch Palms have been making a global racket for the past decade and we can’t thank them enough for their wild party antics and improvised stage performances that lure in crowds all over the place.

Since the release of III in May, The Gooch Palms have covered a lot of ground and we are stoked that they’ve returned to Australia with good times ahead. Singer and guitarist Leroy Macqueen chats about what’s been goin’ on since returning to Newcastle, New South Whales, “about a month and a half ago.”

Macqueen has been taking it pretty easy as he’s recovering from a shoulder injury that he acquired at the start of their USA tour. Other than that, Macqueen continues that, “It was pretty … fun. We had an RV so we kind of like got into every town and posted up at the venue and slept at the venue, in the RV so it was pretty sweet and easy going. The most shows we’ve ever done was 40-something, but it didn’t feel that hard.”

And being an infamous party duo, they “Definitely had a few late night parties after the venues had closed back in the RV.”

It can get hard in Australia to keep touring and not make people bored of you!
[ Leroy Macqueen ]

Looking back at when The Gooch Palms first began, Macqueen humorously admits that they “Had no idea! How every band should start. [Laughs] We’d never played the instruments that we play in The Gooch Palms before so we kinda just … it actually started out with—cause I used to play the drums when I was younger—my small amount of knowledge on drums, I tried to teach Kat [Friend] on a bucket and a tambourine and that evolved into floor tom and snare, so when people say, ‘When are you going to get a full drum kit?’ I say, ‘Fuck you! It evolved from a bucket and a tambourine to floor tom and snare!’ [Laughs] Rather than waiting in a garage or whatever and rehearsing, trying to hone your craft and waiting for the right moment, we launched into playing, which pretty much disgusted the early audience. I think that’s why the nudity, and why I used to cut myself on stage, was a bit more theatrical than it is now cause we were hiding the fact that we couldn’t play our instruments. Like, look at me, over here naked on a speaker stack!”

Laughing at the satire of The Goochies beginning, Macqueen notes his inspiration being beyond GG Allin; it was “Iggy Pop and all that. I’ve read a lot of punk books and things like that and they didn’t fuck around, they just launched into it, so, when looking back at it, it was the right thing to do ‘cause we got better quicker because you just have to. ”

And since those early shows, they’ve certainly earned their stripes as they’re now preparing for the rest of the year with the first tour being their own headlining album tour and the second tour is “The whole Grinspoon tour, which is crazy!” Macqueen’s excitement runs through the phone line as he admits that “It can get hard in Australia to keep touring and not make people bored of you! So we were stoked to get the opportunity to play with Grinners because it’s a dream come true for us and we’re getting to play psycho venues. I went for a run the other day and I ran past the Newcastle Entertainment Centre. Fuck, I’ve always wanted to play there and we get to now on the Grinners tour! Local boys, it’s a huge deal! I think Kat has seen Beastie Boys there and I’ve seen Silverchair there around 10 times. It’ll be surreal; getting to play at the Hordern Pavilion and places where I’ve seen so many bands in my life is a bit surreal. Also getting to see Grinners every night will be sick! We were stoked when we got the phone call from our manager, Matty, he was like ‘I hope you’re sitting down, I’ve got a big tour for ya!’ and I didn’t know what he was gonna say. I was so stoked! Sometimes you hope that it’s someone you like, I mean, it’d be pretty hard to find a band that I don’t like!” 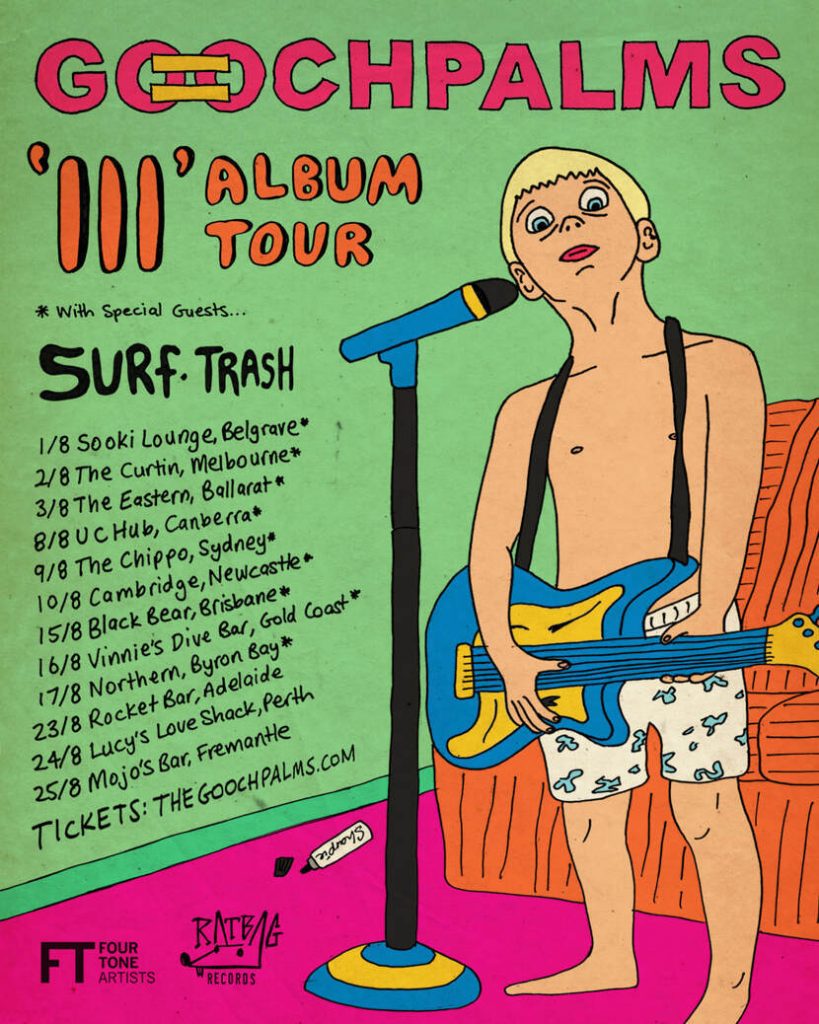