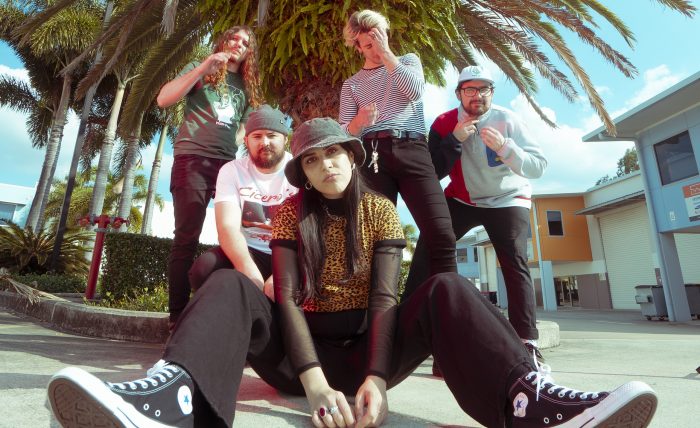 To celebrate the news, the Brisbane locals have also dropped a music video for their latest single, I Am. Directed by Jeremy Hancock & Marty Moynihan (who’ve also teamed up with the band on the video for FU), the clip is a black and white performance piece, laced with some subtle psychedelic effects.

Big Grief was produced by Powderfinger frontman Bernard Fanning and Grammy-winning Nick DiDia (Springsteen, RATM, Pearl Jam). Its’ first single Labrador nabbed the #88 slot in Triple J’s Hottest 100 countdown of 2018. The following singles FU and I Am have also racked up constant airplay on the station.

“The whole album is about grief for so many things that I felt when we were writing the record and still do now. The way the world is so volatile at the moment, our environment, I talk about anxiety, mania, cutting ties with old friends and habits, my problems in the past with body image, and it’s almost like a big mourning for all that. It’s definitely an outpouring of grief in every sense of the word. But as much as I explored darker themes for Big Grief, I framed my melodies and vocal very colourfully and lively.”

WAAX are set to hit the road this August, as part of their I Am national tour. Tickets for all dates and pre-orders for the album are available now.