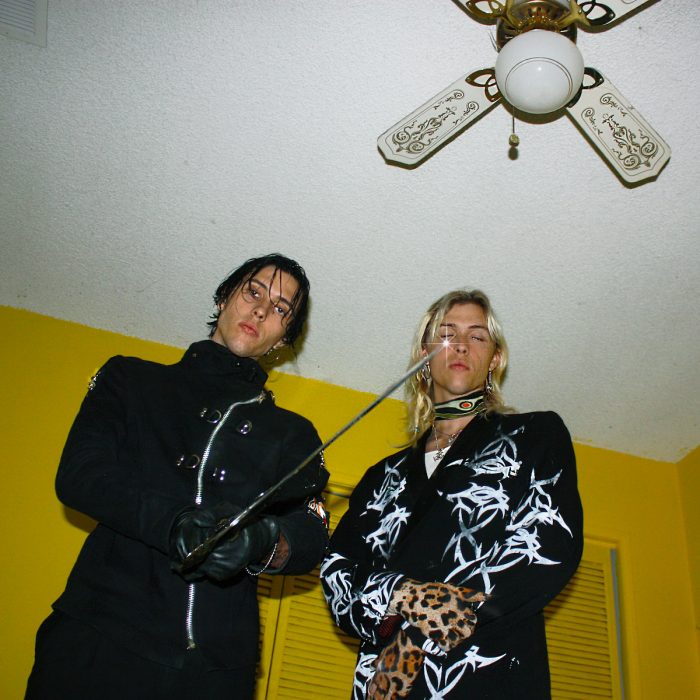 Coming in hot from Southern California, identical twin brothers and experimental punk-rock duo The Garden have shared their video for Clench To Stay Awake, from their recently released album Kiss My Superbowl Ring.

The Garden manage to combine both punk rock and drum and bass styles, creating a fast-paced sound that is truly unique to the lads, described by the band as “an idea that represents pure creative expression, that disregards all previously made genres and ideals.”

Kiss My Superbowl Ring is self-produced for the most part and has tracks co-produced by Dylan Brady and Warfwhit. The album also features artists Ariel Pink and Le1f, and oddly enough, a snippet from Carrot Top.

The album is the pair’s fourth studio album and debuted at #1 on the Alternative New Artists Album Chart and #6 on the Top New Artists Albums Charts in the US and has clicked an impressive one million streams so far.

They also have four EPs under their belts and have been on a constant touring schedule since the release of their first album, The Life And Times Of A Paperclip back in 2013, playing shows and festivals and even making a debut Coachella performance last year.

The video for Clench To Stay Awake is out now and The Garden’s fourth studio album Kiss My Superbowl Ring is available worldwide.