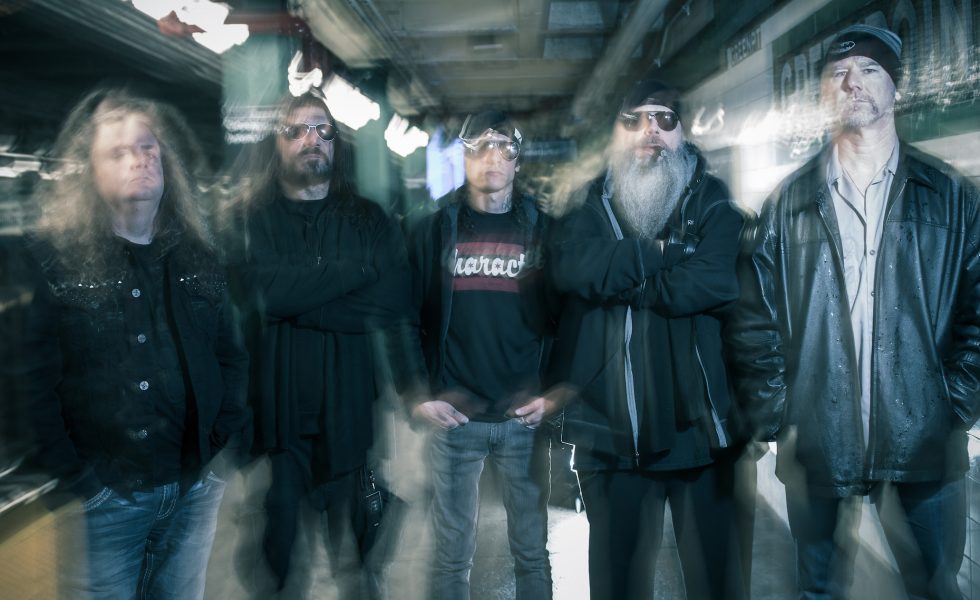 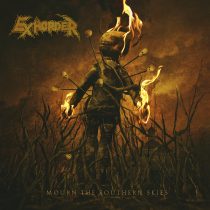 Exhorder are back! Exhorder have had a chequered pathway through the last few decades; the Louisiana-based thrash-groove band may have all but disappeared in the turbulent storms of the 1990s after their second album The Law [1992].

In 2018, however, they silenced any doubters with their new lineup’s explosive return to performance and with their third album, Mourn The Southern Skies, twenty-seven years in the making, Exhorder are finally back on the record. Featuring original members vocalist Kyle Thomas and guitarist Vinnie LaBella, Mourn The Southern Skies is a very personal album for Exhorder. And they’ve clearly got a lot to express. Sure, this thrashy, angry stuff. But it’s deep and real, stained with melancholy, forged by the fires of life.

Mourn The Southern Skies hides some intriguing depth within its explosive surface.

In classic style, Mourn The Southern Skies kicks in with My Time, full of energy and painfully relatable lyrics. The rocking pace and groove long known to Exhorder fans is there, with liberating solos. The rage seething through Beware The Wolf is infectious; with gripping dualling solos, rollicking pace, great dynamic shifts and chant-along lyrical sections this track is a sure-fire killer live song. Asunder and tracks like Hallowed Sound and All She Wrote demonstrate the exhilarating rhythmic hooks and tight leads that keep Mourn The Southern Skies exciting.

From the midsection of the album, however, Mourn The Southern Skies begins to run deeper. Yesterday’s Bones is lyrically one of the most moving tracks, embodying the sense of sadness that accompanies the grit and strength of age. The extended guitar solo is profound and mournfully beautiful. Rumination continues the reflective theme, and the darker track Arms Of Man showcases a hauntingly angry vocal performance from Thomas. Returning to frenetic pace with a re-recording of Ripping Flesh [1986] we are treated to an appearance of original drummer Chris Nail, which is just outright awesome. Closing with its moody, epic title track, Mourn The Southern Skies hides some intriguing depth within it’s explosive surface.

STICK THIS NEXT TO: Metal Church, Hellyeah, Pantera