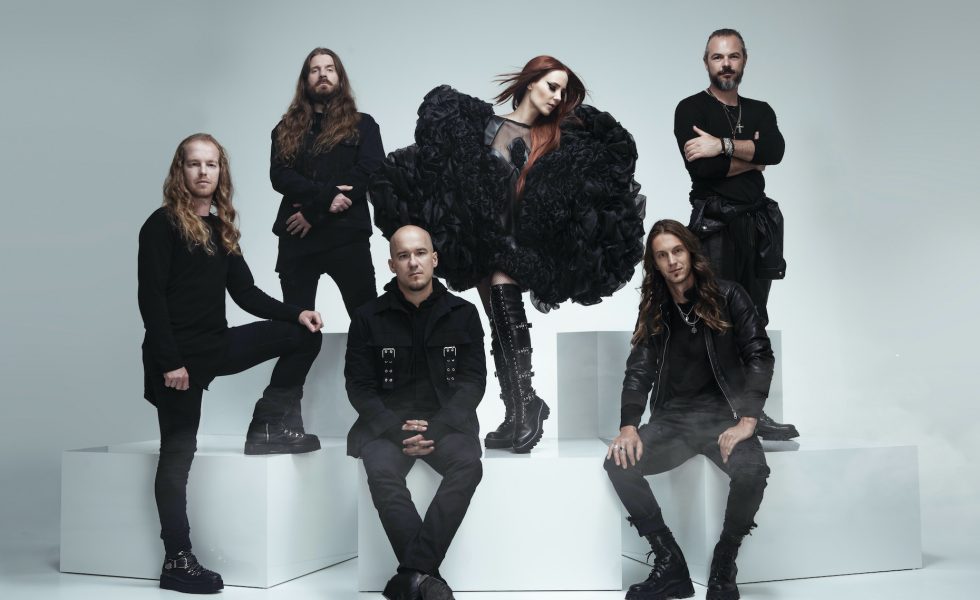 It’s hard to believe that Simone Simons went from innocent school choir girl, with a flair for singing in a soprano vocal style to fronting symphonic metal juggernauts Epica within a year.

In fact, they seem to be the polar opposites. Not that Simon’s has ever subdued her vocal abilities; with her incredible range fitting perfectly into the forefront of the orchestral and traditional elements of Dutch symphonic metal act Epica.

Now 20 years down the track and having just turned 36 years old, Simons still feels like somewhat of a choir girl; polite, delicate and incredibly humble; it’s as if she is a different person her revered malevolent on stage aesthetic. Spending her 36th birthday at her now homestead based in the South of Germany, Simon’s spoke of her relaxed day with her children spent wearing “some warm comfy clothes” and taking the “sleds up and down the hill day.”

It seems like the calm before the storm. Especially considering Epica are currently gearing up for the release of their 8th full length album, Omega.

“We have been sitting on this release for a while now as the original release was meant to be last September, so we are really sitting on the edge of our seat to release it and for everyone to hear it.”

“We have had a great response to Abyss of Time – Countdown to Singularity and Freedom – The Wolves Within so hopefully the rest of the album is as well received.”

Our team has quite a unique job and you have to spend so much time with everyone on tour so you need to have a good relationship.
[ Simone Simons ]

A “great response” is putting it lightly, with both singles already amassing over 3 million streams online since their release a month ago.

Having commented on Omega being an album or reflection, love and unity; Simon’s touched on the family dynamic Epica has established over the years, including their long running relationship with producer Joost Van Den Broek and their interesting introduction.

“There was a Dutch TV show, called Niks Te Gek that grants wishes for children who have a mental disability, to help them achieve some of their biggest wishes.”

“One kid was a huge Epica fan and he wrote songs himself and wanted to create the song and record it with us.”

“Recording that song was the first time we had been to Joost’s studio and loved the vibe there so for the next record we went back to the studio and worked with him and now we have been working with him for a while.”

But it’s not just producer’s and fans Epica have established deep relationships with, as Simons explains,

“As far as it goes with working with the same people, we love to say never give up on a winning team.”

“The artwork once more has been created by Heilimana who we first worked with on The Classical Conspiracy in 2008, he’s a great artist and we love working with him.”

“Our team has quite a unique job and you have to spend so much time with everyone on tour so you need to have a good relationship.”

With Omega a month from release, Epica have just announced a huge co-headliner tour of Europe with Apocalyptia. As this is more or less a lot of Hysteria readers’ dream tour, we had to find out if there are plans for it heading down under.

“That would be so nice!” exclaims Simons,  “At the moment everything is so uncertain and we have been rescheduling our tours but we intend to tour again worldwide as soon as we can.”

“We will be back to Australia when we can be.”