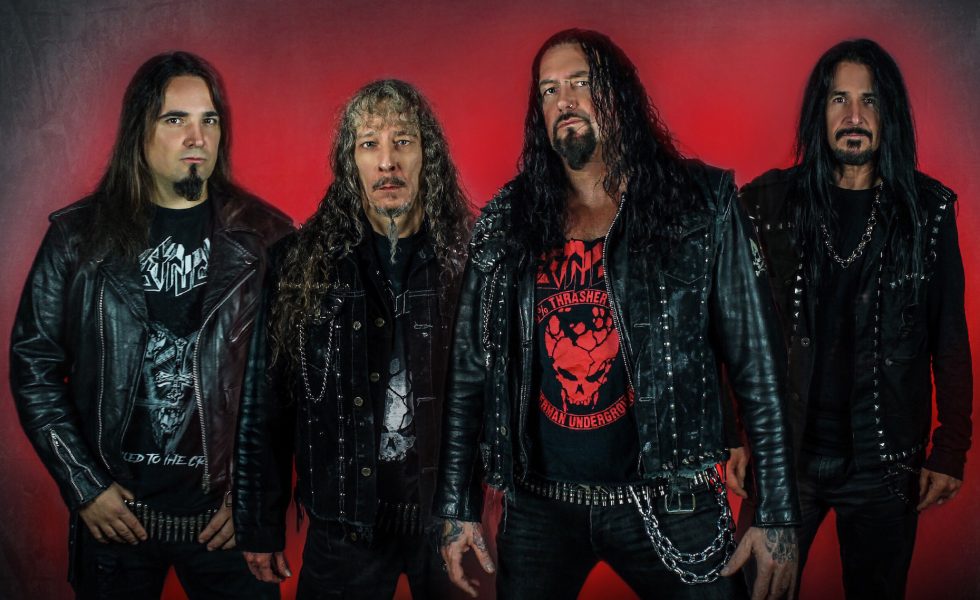 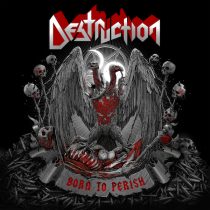 Destruction is undoubtedly a legendary name in thrash metal circles.

Founded in 1982, they are considered part that hallowed ‘big four’ of German thrash metal bands, and before us we have Destruction’s fourteenth studio album, Born To Perish. Already renowned for a muscular style of thrash metal, Destruction’s sound has been further emboldened the addition of a second guitar in the form of Swiss guitarist Damir Eskić, whose knife-edge shred is all over Born To Perish. Completing the picture with a fresh jolt of energy behind the kit with Canadian drummer Randy Black [ex-Annihilator, ex-Primal Fear] making his recording debut, Destruction have launched their most titanic and musically embellished album of recent decades, and arguably, to date.

Destruction would have to be one of the most solid thrash metal units, who consistently deliver strong albums, and with Born To Perish they just set their own standard even higher. This is a denser, more forceful riff-heavy sound that just rips from start to finish.

Born To Perish opens fire with the title track, fully loaded with relentless riffs and militant drums. The guitar statement made by the Eskić in this first track is huge, and he delivers blistering solos throughout the album. Destruction do not, however, stray far from their definitive sound, with a significant presence of lyrically-driven oldschool-tinged tracks like Filthy Wealth, and edgier number that underscores the album’s central theme, and Rotten, which is packed with scream-along attitude-loaded lyrics.

There are intriguing moments on Born To Perish that suggest Destruction are leaning towards slightly more texture amongst their characteristic onslaught. Schmier is one of the most consistent vocalists in thrash metal and on tracks like Betrayal, showcases an engaging diversity of styles, as the track moves through a few different moods and huge solos to be perhaps one of the catchiest songs on the album. One of the biggest digressions from straight-up thrash is the opening of Butchered for Life but this is but a ruse, for the song reveals its brooding nature to swell into a screaming thrash anthem. The solos here are another level of emotionally charged. The final three tracks on Born To Perish are tough and tight and exhibit all the strengths of Destruction’s new lineup: bold, aggressive sound, high energy, angry and anthem-like with wild solos. Basically, about as thrash as it gets.

Destruction would have to be one of the most solid thrash metal units, who consistently deliver strong albums, and with Born To Perish they just set their own standard even higher. This is a denser, more forceful riff-heavy sound that just rips from start to finish. Destruction proves that even when blasting through towards forty years of thrash metal and beyond, there is always room to expand, strengthen and get even angrier.

STANDOUT TRACKS: We Breed Evil, Tyrants Of The Netherworld, Butchered For Life
STICK THIS NEXT TO: Sodom, Tankard, Kreator.