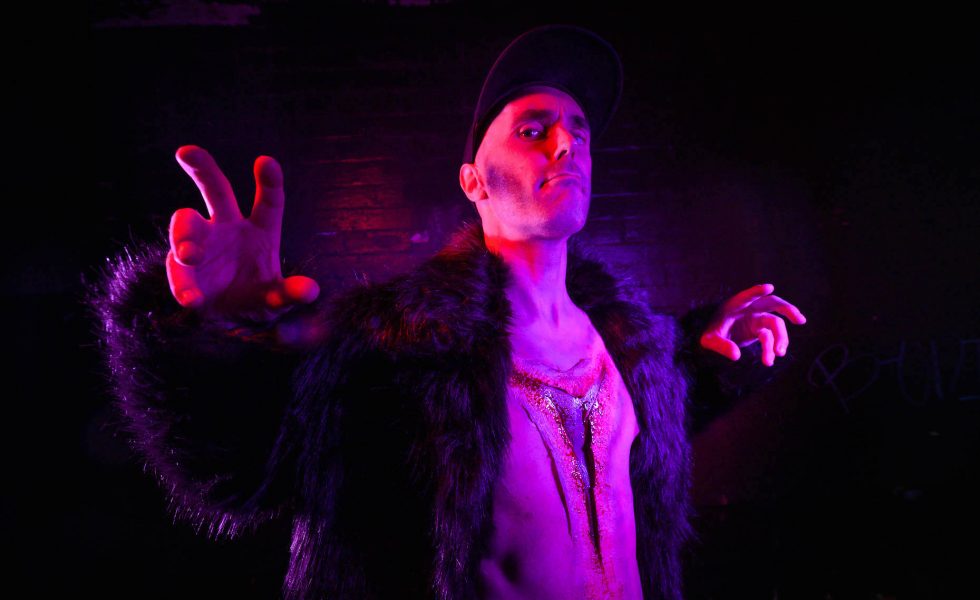 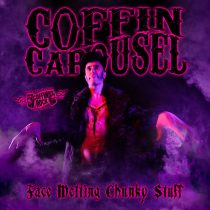 It’s a full-length epic, reminiscent of the albums you used to be able to purchase in the nineties with rocking tunes, some little skits and lots of fun. Coffin Carousel is the brainchild of Howard Von Noise and like previous Coffin Carousel releases, it’s high adrenaline music, with plenty of horror and non stop partying from start to finish.

Opening the adventure is Black Pearl and from the first chords, the track hits you hard and sets the tone for the next fifty-three minutes. It’s difficult to put Coffin Carousel in one particular genre, as they like to mix things up, but there are elements of pop, punk, rock and some heavier metal riffs that pop up all over the place on Face Melting Chunky Stuff. Von Noise and his band of ghouls definitely like to experiment to ensure maximum creepiness when it comes to the music they are releasing, but it’s easy to tell they also really enjoy having fun with what they create.

As the album continues to thunder along, you’re drawn into the story that the tracks set out and are punctuated with some skits of Von Noise and his girl along the way. Some of the standout tracks include the groovy first single Open Up Them Stitches, the heavier Parasite Ocean and The Boneyard. The Boneyard slows things down as the only ballad style song on the album, but it’s a nice change of tempo from the faster tracks surrounding it, and shows that Von Noise is not afraid to show a softer side with his music.

As the record comes to a close, just like their last LP, Coffin Carousel have decided to end the journey with another cover and this time it’s Leave A Light On, the classic eighties pop anthem from Belinda Carlisle. Putting their own spin of horror- rock on this song is a great way to finish off the album as a fun bonus track that the fans will love.

Check out Coffin Carousel if you enjoy your music on the creepier, horror rock’n’roll side of the spectrum and pick up a copy when it’s released in September, on Friday the 13th.

STICK THIS NEXT TO: Darkc3ll, Rob Zombie, Witchgrinder
STANDOUT TRACKS: Open Up Them Stitches, Parasite Ocean, The Boneyard