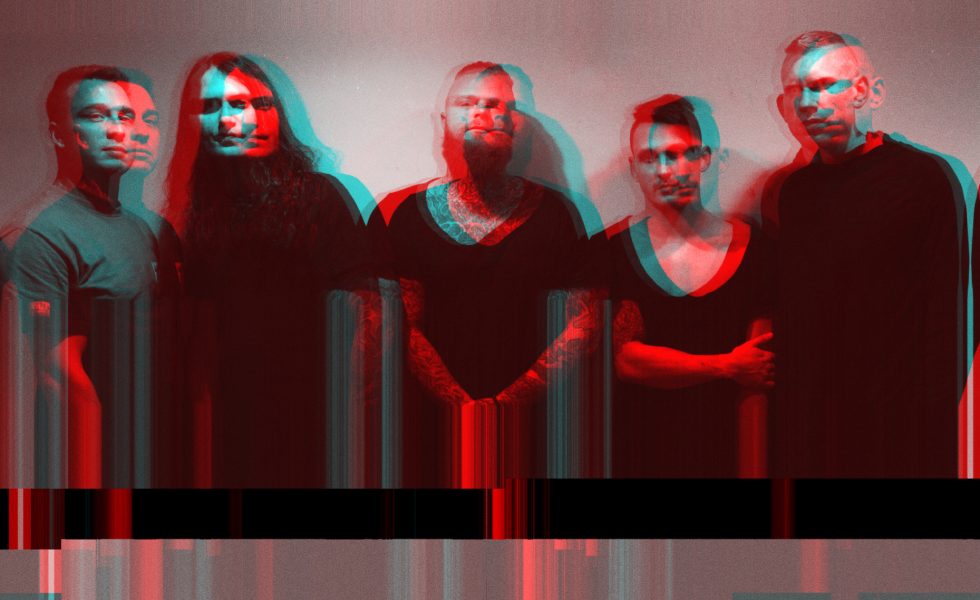 BORN OF OSIRIS // Exploring The 21st Century Conundrum Of Technology VS Reality.

This year marks a ten-year milestone for progressive metalcore outfit Born Of Osiris, the Chicago quintet have released five full length studio albums in just a decade and have toured the world over playing arresting and pulsating shows whilst consistently evolving their songwriting and stage performance.

Staying true to who they are, the band has released their five albums on Sumerian Records including their latest The Simulation which came out earlier in the year. Starting this week Born of Osiris will be playing their latest creation plus material from their previous records in their upcoming Australian tour co-headlining with Chelsea Grin.

“We haven’t been in Australia for a while, we’re going to be playing a similar set to what we played last time alongside songs from our new album The Simulation” Born of Osiris keyboardist/Synthesizer and co-vocalist Joe Buras tells Hysteria, “We’re going to have Aaron Stechauner playing drums for us on this tour who’s formally from Rings of Saturn, our drummer Cameron Losch broke his hand on our last tour so he’s going to be taking some time off to recover but it’s going to be a lot of travelling for us from our home in Chicago to all the places we’re visiting in Australia.”

On their new album The Simulation, the band have decided to go all out on a Matrix style concept based on the idea of simulation theory, the notion that reality as we understand it is simply a computer simulation. 20 years after the Matrix prophesied it, technology entrepreneur Elon Musk is conjecturing up simulation theory and Born of Osiris were inspired to put it at the forefront as a complete package of lyrics, album artwork and sonic ambience. “One of the first songs we made for The Simulation was Analogs in a Cell and the lyrics for the song was based on a Polish science fiction novel, vocalist Ronnie Canizaro is a big Matrix fan and so am I, so we both had some themes about futuristic simulation that we wanted to revisit and some of those ideas found themselves on the new record.”

On The Simulation, Buras had a chance to experiment with his own vocals by trying out some tonal screaming in addition to adding colourful exotic sounds to the band’s sonic palette by adding keyboards and synthesizers to the songs even though his new role in the band is based on writing vocal melodies and sharing vocal duties with Canizaro, “We’ve never really done a record that’s changed too dramatically but we’re on this ladder slowly stepping up into more melodic vocals and more structured songs. In the early days we wanted to shred in every part of the song and were eager to see how technical we could be on one track rather than focusing on melody and structure and what sounds more mature.”

Born of Osiris, Veil of Maya and After the Buriel were the three metal bands from the mid-west of the US to be signed to Sumerian Records during the labels inception, they were all inspired by each other and helped one another by touring many times nationally and intentionally in the same bills after they all got signed in the late 00’s. As for the band’s upcoming Australian tour with Chelsea Grin, the two contrast each other well enough to make it a dynamic night of heavy music where crowds can go absolutely nuts as well as enjoy and be blown away by the tight musicianship that’s on offer.

Catch Born Of Osiris with Chelsea Grin & Diamond Construct at the following dates: