Jun 16, 2019 / WORDS Brian Giffin / PHOTOS Pam Strohm / On album five, the Georgia quartet continue to carven out their own path. 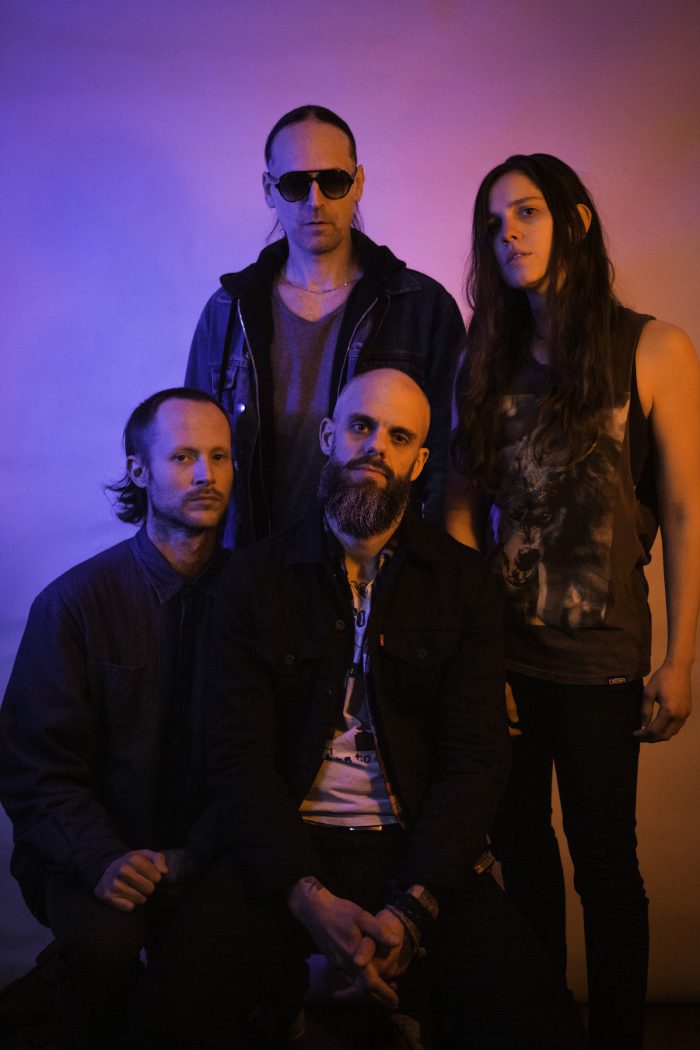 Baroness singer and guitarist John Baizley sounds as frustrated as anyone that every new release has featured a different line-up from the one before.

“I didn’t want to change the band between every record!” he exclaims. “I haven’t recorded with the same line-up twice! It sucks. I would like to find the secret of a steady line-up, but I have had to see every change in the line-up as an opportunity, otherwise it’s just a confession.”

Baizley is now the sole remaining foundation member of the Savannah, Georgia, quartet, whose genre-defying musical shifts from album to album have made them a difficult band for critics and chroniclers to classify. While the industry continues to consider Baroness as nominally a metal band—arguments rage as to whether they are sludge metal, progressive metal or something else—the group’s chief songwriting protagonist has his own idea about where they stand.

“We’re fortunate in that we are able to pull from that style when we want to,” he says, pleasantly but assertively, “without becoming beholden to the style as a whole. I don’t want to say that we’re not, but I think it would be impossible to say that we are.”

There may be some who would suggest that Baroness simply delights in throwing fans stylistic curveballs. Where a publication like LA Weekly once rated their second album Blue Record one the 20 best metal albums of all time (seriously), the follow-up, 2012’s enormous double issue Yellow & Green was barely metal at all. Swerving from pop to psychedelia to minor-key folk to uproarious heavy rock and all points in between, Yellow & Green seemed to have very little in common with the music they had made in the past.

“Yellow & Green was supposed to be preposterous,” Baizley admits. “We really were just trying out new things. We were trying all new things out, and very frequently we didn’t really know what we were doing, or that it would fail. But we thought, ‘We still have to do this, even though and despite the fact that it might not be a total success’. I’d like to think that following the writing, recording and releasing of Yellow & Green, that we learned a few things about playing and about music.”

Another album, two line-up changes and a Grammy nomination later, Baroness stands at the threshold of the release of their fifth full-length release, the 17-track epic Gold & Grey, which sees the recording debut of guitarist Gina Gleason. Joining the band two years ago as the replacement for long-time member Pete Adams, Baizley describes her as “an extremely competent player, great voice, fantastic human being, wonderful person to be with, wonderful person to play music with.”

“Pete and I had been friends for a very long time, so he saw it coming,” he says of Adams’ departure. “I saw it coming and neither of us were presumptuous to … why would I try to convince my friend … why would he hold back from me that he no longer had the time to do this incredibly difficult thing anymore? It really made a certain kind of sense. It didn’t happen hard.”

As opposed to the “succinct, full on and focused” Purple album, Gold & Grey is Baroness once again exploring the possibilities of their creativity. At almost twenty minutes longer than the previous release, it marks another stylistic diversion that is closer to Yellow & Green than it is to Blue Record or Red Album.

“Gold & Grey kind of has the same spirit as Yellow & Green,” Baizley says. “The same spirit was there, but we were holding ourselves to a higher ideal. Our technical competency has increased significantly, I think our creative competency has increased significantly, but that doesn’t mean it’s less risky to write records like this. So at the end of the day, we were trying to say something. I’m still not sure exactly what that was. I have all these lyrical concepts I have to get out, and I have a certain idea of the dynamic range, the scope, of what I would love a record to be from us, and we will work up to that point.”

I’m in an artistic field. That means it’s open to subjectivity. Love it or hate it, I just don’t want to bore anybody, or myself.
[ John Baizley ]

While it features its fair share of barraging rock and metal, the new album also features some heavy introspective moments the likes of which have not appeared on a Baroness recording before. The middle of the album gives way to long passages of gloomy, reflective acoustic movements and plaintive vocal harmonies from Baizley and Gleason.

“It wasn’t just about inserting a deep valley in the middle of the record,” Baizley offers as an explanation for the positioning of the quieter songs. “It had to be at the point where it was at its most emotionally bent. And also, we had never taken a risk like that on a record before, spending so much time without a drum beat, without a distorted guitar. So just based on that fact alone, it was a good idea. Because we were trying to do something new, we were trying to do something different for us. How better to achieve that than to do something that nobody expects us to do? We didn’t really see ourselves doing it, but it came out very well.”

Gold & Grey follows the colour-inspired title themes of the previous four albums, but Baizley suggests that it will be the last to be named that way.

“The sequence,” he says, “only ever had six ideas. We’ve been poetic over the years in the way that we’ve explained it, but it’s been red, orange, yellow, green, blue and purple, and we’ve done all the records, so we could potentially continue that, but it would be part of a separate thing.”

Returning to the idea is potentially counter-intuitive for a unit that prides itself on never doing the same thing more than once.

“When we’ve discovered something good,” Baizley says, “we turn our backs on it and do something else, because we’re trying to be diverse.”

Easy going and far from confrontational, John Baizley is nonetheless extremely protective of his band’s creative ethos. Yellow & Green drew heavy criticism for its more accessible direction—some went so far as comparing it to a Nickelback album—and he seems to have prepared himself for similar reactions this time, but he stands by his work. As an artist, his most important consideration is to not be predictable.

“I don’t think anybody can really claim that this record is a desperate attempt at commercial success,” he asserts. “I think it’s a desperate attempt at becoming a better band, writing better songs and being more creatively fluid. As far as our morals and our ethics and where we come from, the things that we’ve done, the things that we’ve gone through, the negative things, the positive things—I remember all of that. I’m in an artistic field. That means it’s open to subjectivity. Love it or hate it, I just don’t want to bore anybody, or myself.”