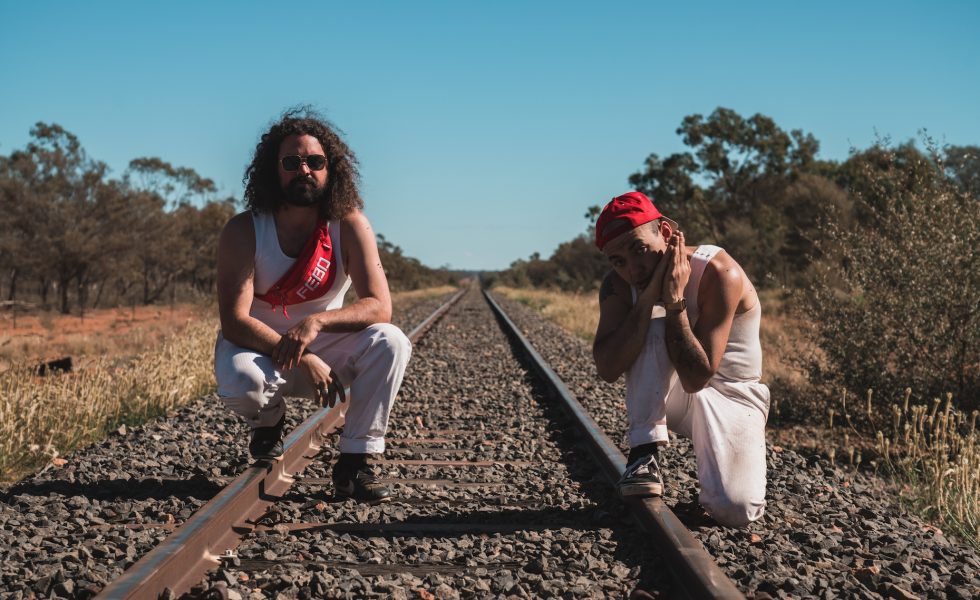 To celebrate the release of their stellar new single We Independent, guitarist Jimmy Young walks us through his top five axe players and what he thinks makes them so great.

Bootleg Rascal are a hard band to put a genre label on. Fusing reggae, dub, indie-rock, pop, hip hop and electronic music, it’d be fair to say they’re arguably one of the most eclectic Australian groups currently releasing music.

Their new single We Independent is no exception to the rule, exploring a more Alternative RnB pathway, while melding monstrous indie-pop choruses. The new track is lifted from their forthcoming staggered EP titled Collaborations of Very Isolated Delinquents “19, which will see a track drop every month in between now and September.

We caught up with lead guitarist Jimmy Young and thought it’d be cool to find out who his favourite fellow players are. So, sit back and give We Independent a bump and check out the musings of Mr. Jimmy Young:

I first start learning how to play the electric guitar at about 14 years old when my parents bought me a fire engine red, Peavey Nathan Cavaleri signature series guitar for Christmas. It didn’t take me long to discover Hendrix and become totally infatuated with his playing. Believe it or not Electric Ladyland was legit the very first CD I ever bought; I used to listen to it loud every day before school for years. I don’t think there’s a single guitarist that hasn’t been directly or indirectly influenced by Jimi since he first emerged. Even to this day listening to anything by Jimi gets me right in the feels and reminds why I wanted to play guitar in the first place.

I can’t remember exactly when I first started properly taking notice of Led Zeppelin, but I’m pretty sure I was introduced to them by my parents while listening to records by the fire in the living room of my childhood home. It was quickly apparent to me why so many people had been swept up by the musical magic these guys could create, and in particular the sheer sorcery of guitarist Jimmy Page. An apprenticeship in rock’n’roll wouldn’t be complete without learning riffs like ‘Whole Lotta Love’ and ‘Black Dog’ to name but a few. I’d be hard pressed to go past these guys as my top pick for best band of all time!

I can still vividly recall the first time I heard the Red Hot Chili Peppers. I was around 12 years old and my family and I were holidaying on North Stradbroke Island, where we went nearly every Christmas. It was dusk and we were driving along the beach in our old Land Cruiser, heading back to our house. Under the Bridge came on the radio and it was like I was listening to the perfect soundtrack for the that exact moment in time. It wasn’t till years later that I grew a true love for John and the band; in particular the whole Blood Sugar Sex Magik album, which I’ve listened to countless times since then. But it was that first evening on the beach that really got me hooked… I just didn’t know it yet.

It wasn’t ’til much later in my musical upbringing that I really got into The Police. Of course, I was familiar with some of their huge hits like Every Breath You Take and Message in a Bottle, but I didn’t properly delve into their discography until my early 20’s I’d say. It was then that my appreciation for their song writing and for how great they sounded together as a band really began to develop. I always thought that for a 3-piece they had such a big, powerful sound and that was reinforced to me even more so, when I got to see them live in 2008 in Brisbane when they reformed. Andy’s guitar sound intrigued me so much. His signature clean/chorus tone through a wall of Roland JC120 amps really stuck with me and influenced my guitar sound quite heavily. To the point I bought a really old and rare Roland JC160 a few years back in Sydney and it’s been my main gigging amp ever since.

I think The Doors as a band were often overshadowed by the fame of their lead singer Jim Morrison. Don’t get me wrong Jim was amazing, but the band were equally as good and often highly under rated in my opinion. For the longest time my favourite song was The End. I just had to listen to it every night before I went to sleep. It’s such a journey of a song and a big part of why I like it so much, is because of Robby’s guitar playing. From the opening few seconds of the song his guitar ducks and weaves like watching an Indian snake charmer coax a Cobra out of a woven basket. The whole song, led by his Middle Eastern inspired guitar lines, creates such strong imagery and I still love it to this day.