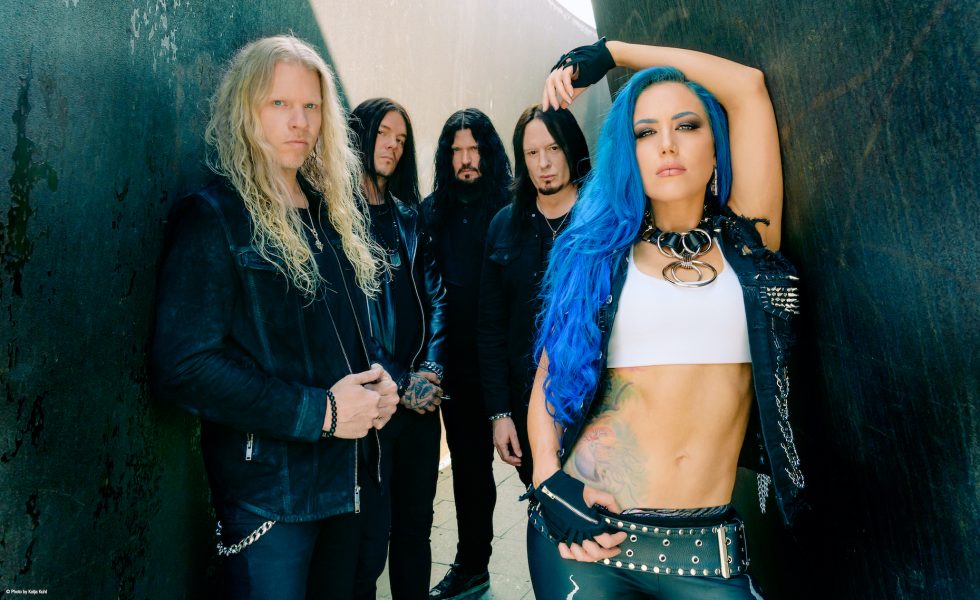 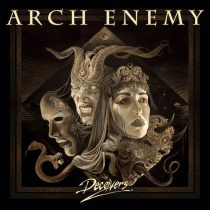 The first to popularise the idea of female vocalists in death metal—though not the first to use one—Arch Enemy soon became leaders in their field.

Clever replacements for key members made sure they managed to hold their place: Alissa White-Gluz was even better than perfect when Angela Gossow left and under-rated shredder Jeff Loomis ensured there were no holes in the guitar department.

What’s been missing since then was the spark and creative urgency that got Arch Enemy where they were. Deceivers is just the third album with this line-up since it came together in 2014, and probably shoots higher than the previous two even if it never attains the heights of earlier work. Arch Enemy throws absolutely everything at Handshake With Hell, cringey title and all: thunderous, catchy riffs, White-Gluz’ demon/angel switch-and-bait from verse to chorus, Loomis and Mike Amott shredding each other’s faces off, even a brooding, almost-orchestral section with purely clean and high singing. It’s clear that Amott and Co. opened their full box of tricks for this one, just as it’s obvious there wasn’t much left for the rest of the album.

Deceivers will likely be a solid and enjoyable gateway to new fans like most of their albums have been.

Deceiver, Deceiver has fantastic savage riffery, something that is pleasingly prevalent throughout. Of course, catchy and ferocious riffs have always been Arch Enemy’s strong point and White-Gluz is a far more talented vocalist with much more of a range and sounds more genuine than Gossow did toward the end. The lead guitar work is incredible across the board too. Again, that’s something everyone expects from Arch Enemy—just like this album. Deceivers isn’t the dull experience that War Eternal was and it doesn’t feel like autopilot in the way Will to Power did, but apart from the opening track it doesn’t really stretch their creativity beyond what we’ve heard them do many times before. Arch Enemy was a gateway band for many fans dipping their toes into more extreme sides of metal, and like a lot of bands of that nature they seem perfectly happy being that, and nothing more. Deceivers will likely be a solid and enjoyable gateway to new fans like most of their albums have been. Those already beyond won’t find that much they haven’t heard before.

STICK THIS NEXT TO: Soilwork, In Flames, Amon Amarth