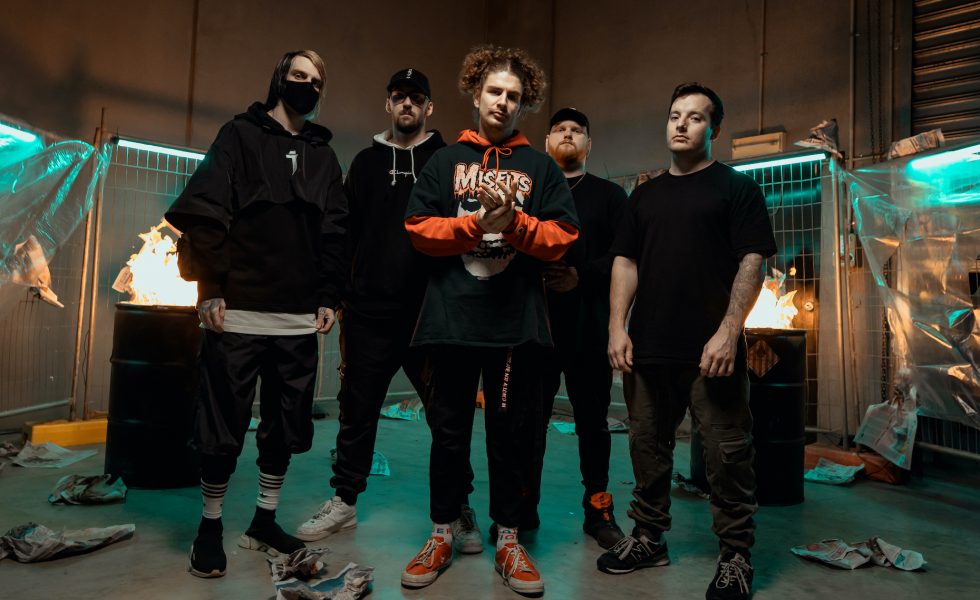 Aussie metalcore powerhouse Alpha Wolf have revealed the second track from The Lost & The Longing, their upcoming split EP with Holding Absence. The new single, titled Hotel Underground, is a sub-3 minute flurry of despondent destruction that takes aim at wilful bystanders.

Vocalist Lochie Keogh comments “Whenever some bomb drops there’s always those motherfuckers on the side that narrowly avoid the fallout, taking their survival as a flimsy proof of innocence, sitting with their hands over ears crying ‘la la la la.’ Roaches, rats, locusts, pests, rodents, open your ears and listen to me, your time is coming and I’m bringing it to you.”

The Lost and the Longing split EP due out on Monday 15 August on Greyscale Records/Sharptone Records combines four magnetic tracks, two tracks per band, of dynamic and diverse heavy bliss that’ll certainly leave you yearning for more.

While the road has been far from easy for Alpha Wolf and they refuse to let anything stand in their way. Throughout the chaotic and turbulent times they find themselves, the band released their sophomore album a quiet place to die to critical acclaim including a #6 spot on the ARIA charts and a nomination for Best Heavy Album at the ARIA awards. Selling out multiple sold out runs around Australia and two European runs under their belt. They completed a a huge 5 week tour in the USA supporting Polaris through out March and April before hitting all major capitol cities in Australia for their Metalcore Snitches tour alongside Fit For A King (USA), Great American Ghost (USA) and Paledusk (JPN).

Alpha Wolf know how far they have come, but it’s what lays ahead of them that’s keeping the band hungry.