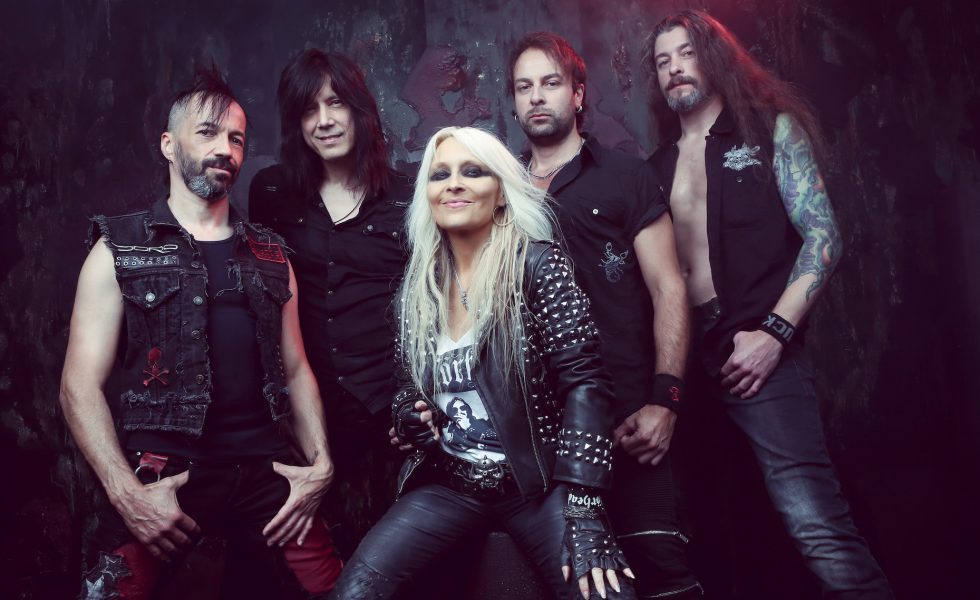 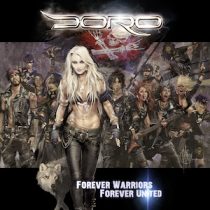 Gott sei Dank für Doro. The metal world’s feminine answer to the borderline homoeroticism of Manowar, not that there’s anything wrong with that. Forever Warriors, Forever United marks die Metall Kaiserin’s 20th album and 35th anniversary as a stage performer (formerly of Warlock) and this double-header runs the entire gamut of metal worship.

MORE: TROPHY EYES: The Dreamers And The Doers // ALPHA WOLF: … And Out Come The Breakdowns // OUTRIGHT: Don’t Holler Atcha Girl
REVIEWS: TROPHY EYES: The American Dream // AS IT IS: The Great Depression // PLINI: Sunhead // THE SPIRIT: Sounds From The Vortex

All For Metal tells you everything you need to know: strident Accept-style balls (er… ) to the wall riffage and arena-sized gang choruses. Mille Petrozza (Kreator), Warrel Dane (RIP), Chuck Billy (Testament) and Sabaton feature in the video, but you’d never know they were on here (if they are on here.) Even so, then come the fun parts.

It wouldn’t be a Doro record without some choice duets, this time with legendary Viking Johan Hegg (Amon Amarth) in full beast-mode. On a ballad. Called If I Can’t Have You – No One Will. It’s as nutso as it sounds. She follows it up with another Jim Steinman style slowie Soldier of Metal, all high melodrama in service of a highly melodramatic genre. Most cuts follow the Doro formula: bluesy rock ‘n’ roll riffs and shouty vocals, pitching up and down in all the right places. It’s like sitting in your favourite easy chair, ass-groove just the way you like it. Love’s Gone To Hell is balladry with piano thrown in this time, and it’s hard to knock Doro’s impassioned performance here; likewise Black Velvet auf Deutsch track Freunde Fürs Leben (Friends for Life.)

The pomp and pageantry continues in the second disc (playlist?) with fist-pumper Rѐsistance and white silk-sheet clutching ballad Lift Me Up beginning things. It seems Forever United is the ballad album, as weepies Heartbroken and Love Is A Sin gum up the works. What did you expect, Six Degrees of Inner Turbulence? Living Life To the Fullest is a farewell to Doro’s dear friend Lemmy, a funeral march as if Mötorhead penned it themselves. The only traditional metal track in the entire second act is Fight Through The Fire hearing Doro live out her Judas Priest fantasy (again.)

Doro, if you haven’t figured out, is all about celebrating her favourite music by playing her favourite music. German trad/speed metal isn’t quite in vogue as your average Thy Art Is Murder, but it’s one for the Europhiles (if you like Parkway Drive…) for sure. Doro is metal royalty; when she commands attention, she earns your ears.

STANDOUT TRACKS: All For Metal, If I Can’t Have You – No One Will, Rѐsistance
STICK THIS NEXT TO: Warlock, Accept, Battle Beast