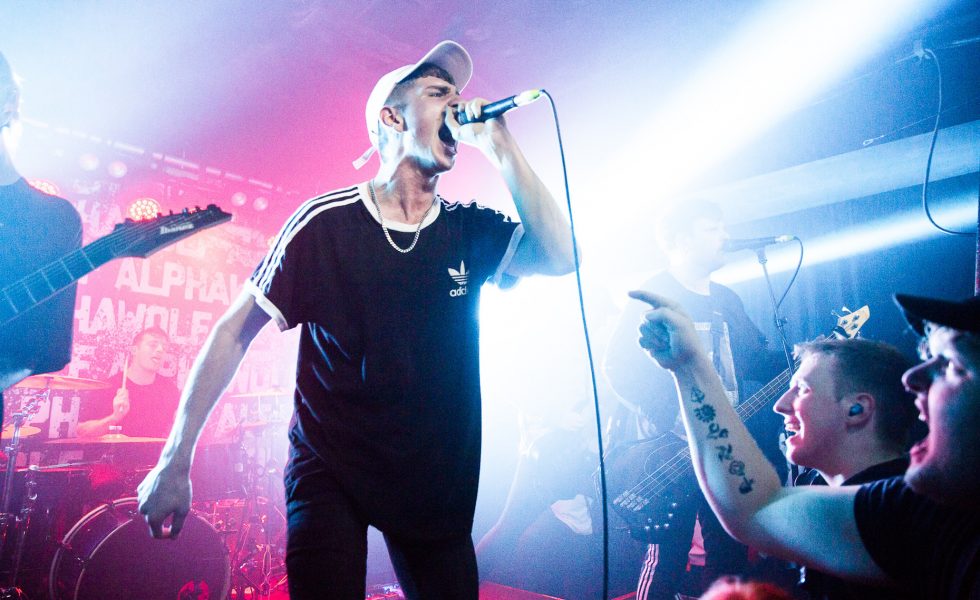 ALPHA WOLF // … And Out Come The Breakdowns

ALPHA WOLF with Gravemind, The Gloom In The Corner, Lone
The Worker’s Club, Melbourne

Honestly at this point it’s a marvel that Alpha Wolf are still going from strength to strength. Not from their recorded catalogue of course: that’s more than shown that they’ve struck gold. But from their much maligned beginnings to this year’s vocalist swap, they’d be forgiven for throwing in the towel. Thankfully they haven’t, and a sold out Worker’s Club are ready to receive the debut of their new single Black Mamba. Hell, we even meet two girls from Adelaide who got matching Alpha Wolf tattoos today since they travelled for both the Mono launch and this show. The CVLT are out tonight in force, and they’re baying for blood.

It’s Lone’s second show and that comes as no surprise. There isn’t too much to differentiate each song, but at least their frontman is super into it. His high pitched screams do become grating after a chug fest and we’re just waiting for something new to drop in. More time and we’ll see whether they make it through the gauntlet. 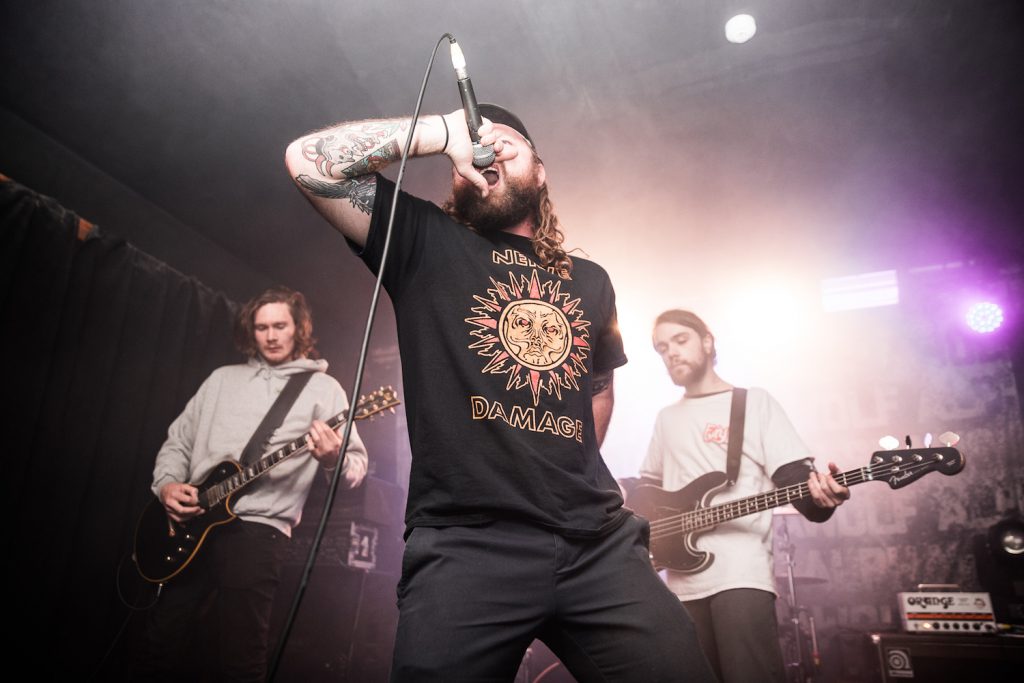 As an absolute sweater of The Gloom In The Corner, there’s still something off about tonight. Maybe it’s the new member line-up or a lack of live shows lately. Add a lack of their most recent (and far superior) material in the setlist—likely due to the Alpha Wolf crowd preferring breakdowns to singalongs—and it comes across as bludgeoning. Still though, when it all comes together the band truly do have something going. They’ve grown considerably since the last time they played the Worker’s Club, with the crowd more than willing to grab Oxymoron’s “fear me motherfucker” line or Witch Hunt’s disgustingly heavy breakdown. Once tightened up, as we say each time, and some new material under their belts they’ll be golden. 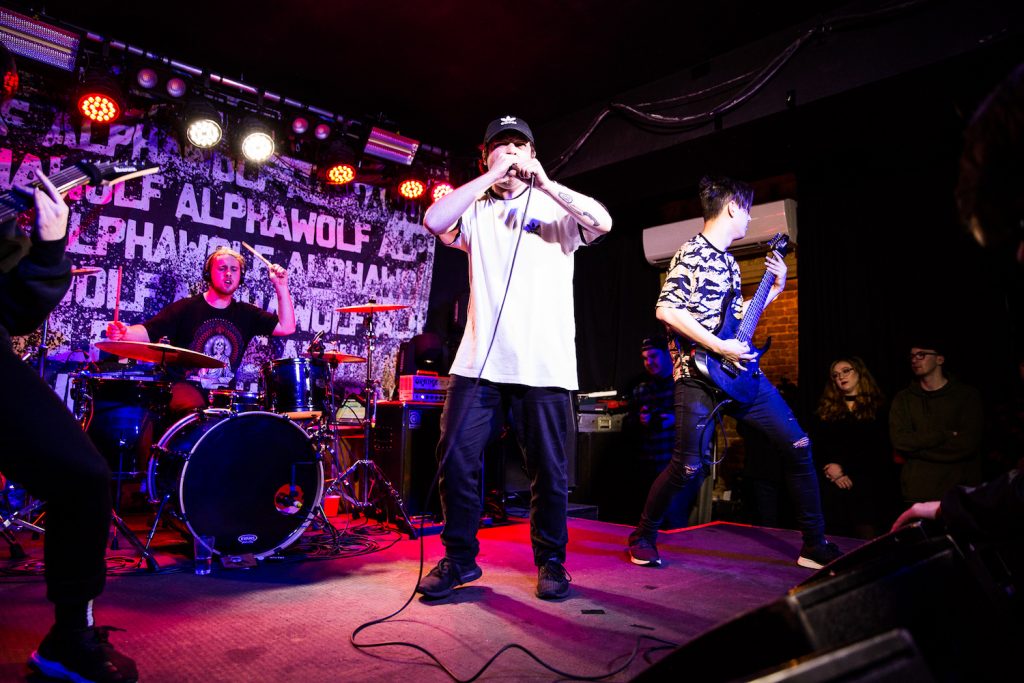 The Gloom In The Corner // By Bree Wallace

The difference between outfits is palpable once Gravemind hit the stage. Since releasing their Deathgate EP, the band have completely outshone any expectations. Add in the most impressive lighting rig we’ve seen at the Worker’s and it’s almost as if we really have teleported through to another dimension. Strobed the hell out it’s hard to even know what’s happening: god forbid getting involved in the pit with an epilepsy-inducing flash stuttering over and over. The buzzing guitar riff of Anaesthesia is sickening with the light show and we are absolutely here for it. Pummelling the audience with the EP’s title track, their sound is as heavy as a ten tonne slab of concrete. The spoken word during songs may turn some punters off but it’s weirdly refreshing after a few listens. Plus when the breakdowns that follow are that low, they can bear some risks. 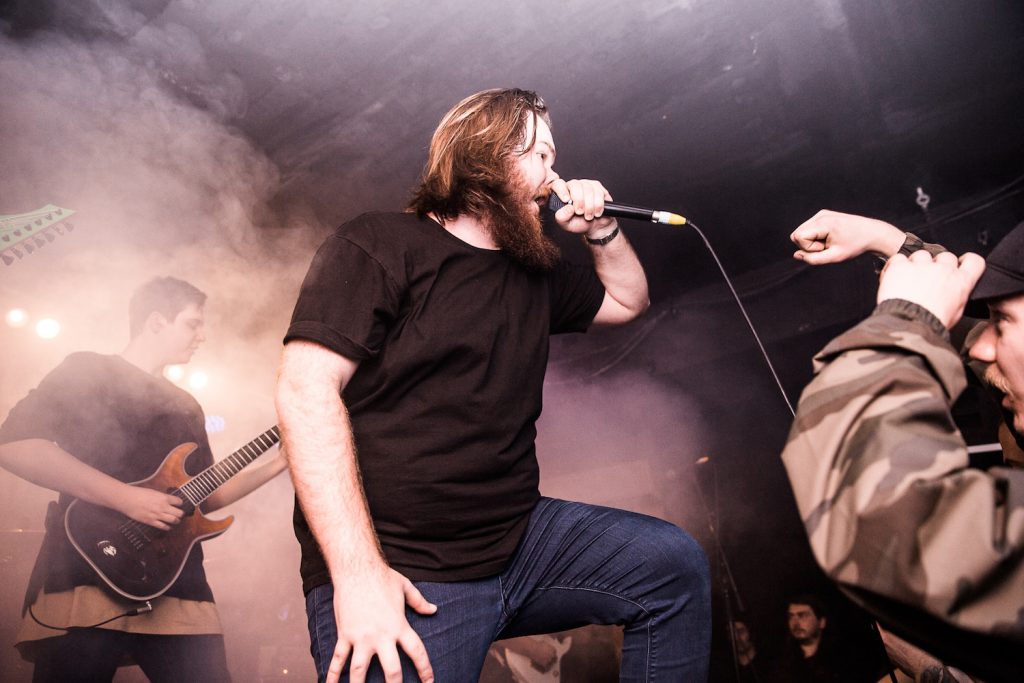 Opening both an album and another comeback show for Alpha Wolf with Ward of The State will never not be a fantastic idea. It immediately sets the tone and gives the debut of vocalist Lochie Keogh a chance to prove his mettle. Unsurprisingly for fans of his previous outfit Earthender, he’s more than capable of hitting the notes that the depressing lows of Alpha Wolf require. It’s also drummer Mitchell Fogarty’s first official show despite having held the band together during sets for almost a year. Both are proving that they deserve to mix it with the original members, as they crush their respective roles. Barring an overzealous smoke machine effort with the show stopping so Keogh can actually see where the hell he’s stepping, Alpha Wolf prove they’re not taking anything for granted. 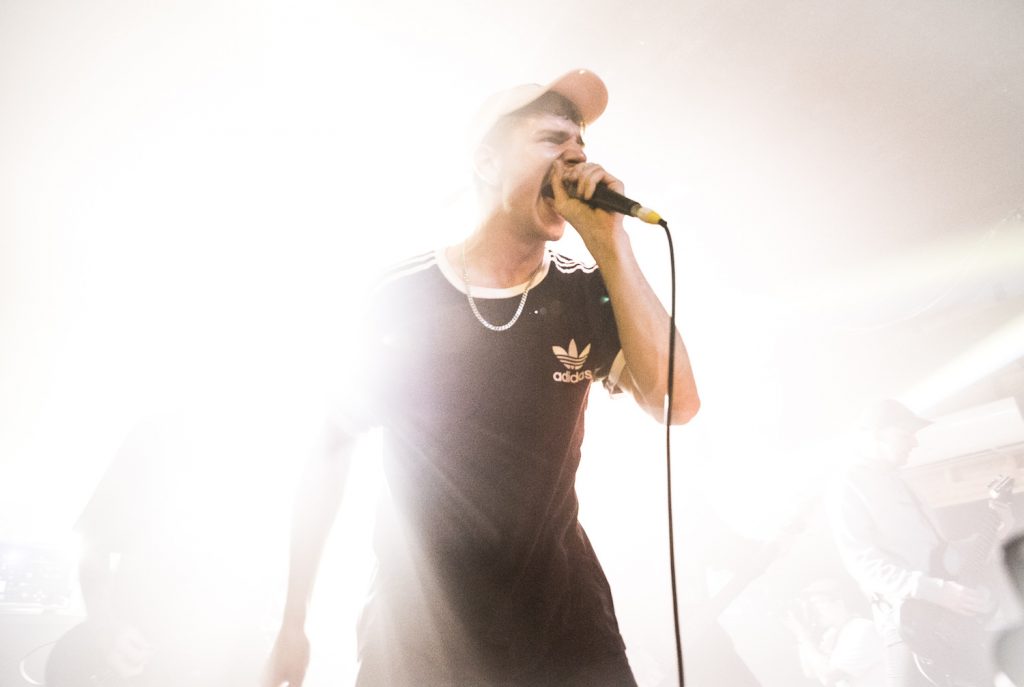 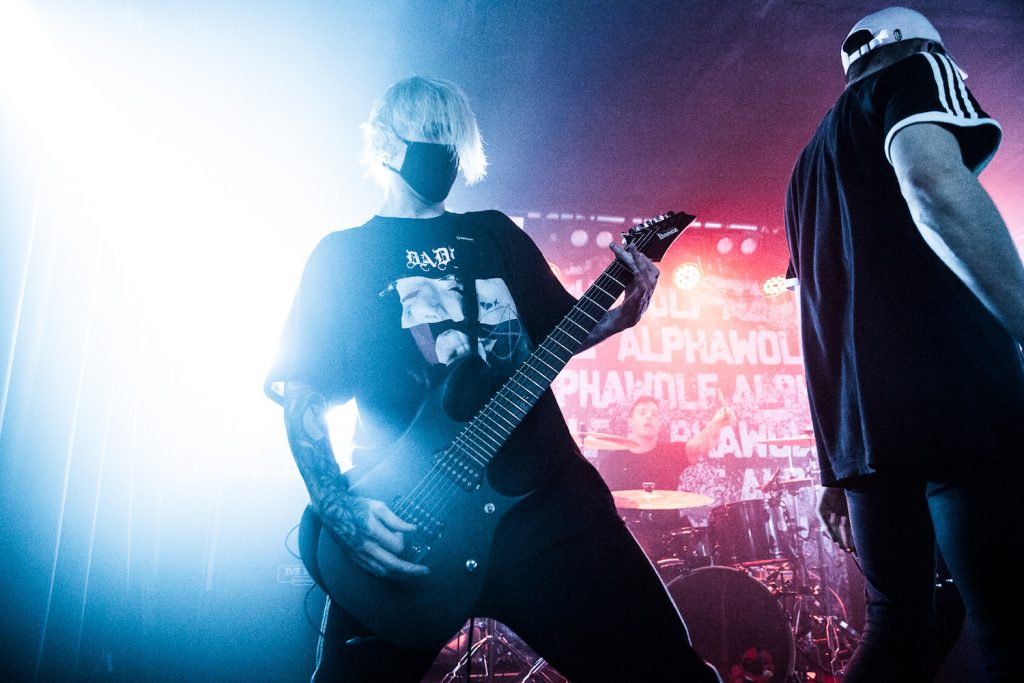 Skipping from Nail Biter’s simple gang vocals to the depths of Failvre, it’s easy to forget just how guilty-pleasure heavy Alpha Wolf’s breakdowns are. Black Mamba may not have the suitable ‘boom’ that their previous material does but boy has it gained a whole new legion of fans. We’re privy to another new track too: at one point we question whether it’s going to be heavy enough to follow Black Mamba. As if right on cue, the breakdown hits and we shut the fuck up and take the point. Having Keogh take the low road and bassist John Arnold sing cleans is a much better arrangement than previous vocalist Aidan Ellaz having to jump from one to the other. Golden Fate: Gut Ache shines and hopefully they take the same route on their upcoming new record as it’s a healthy break from the constant slamming. Finishing with #104, it’s another successful effort from the Alpha CVLT. Without any setbacks to hinder them in the future, maybe we’ll finally see just how far the pack can roam. 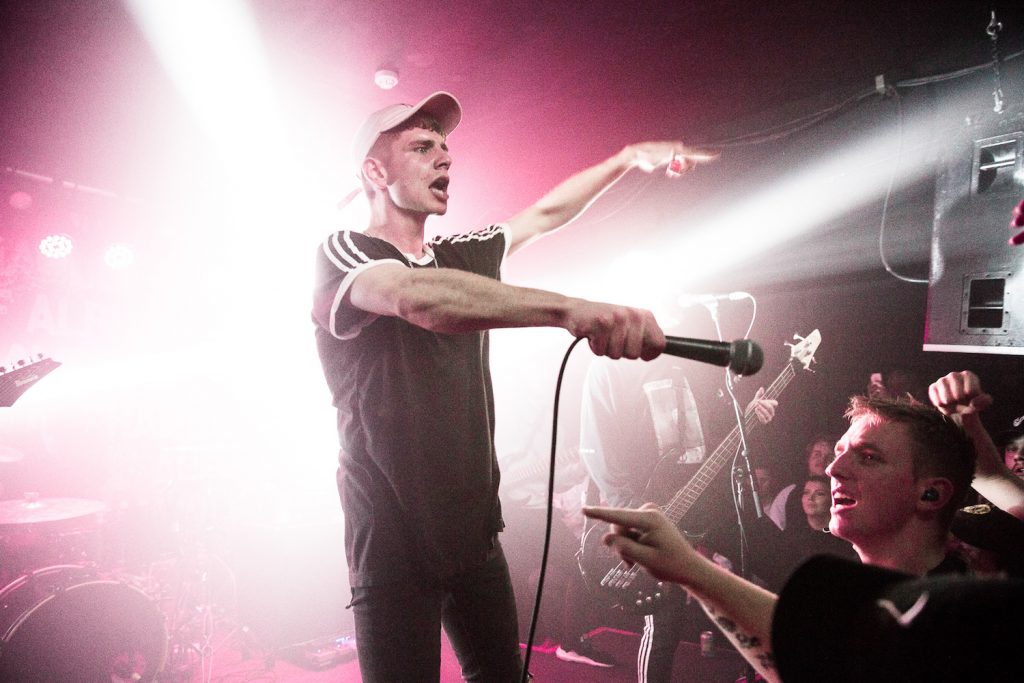 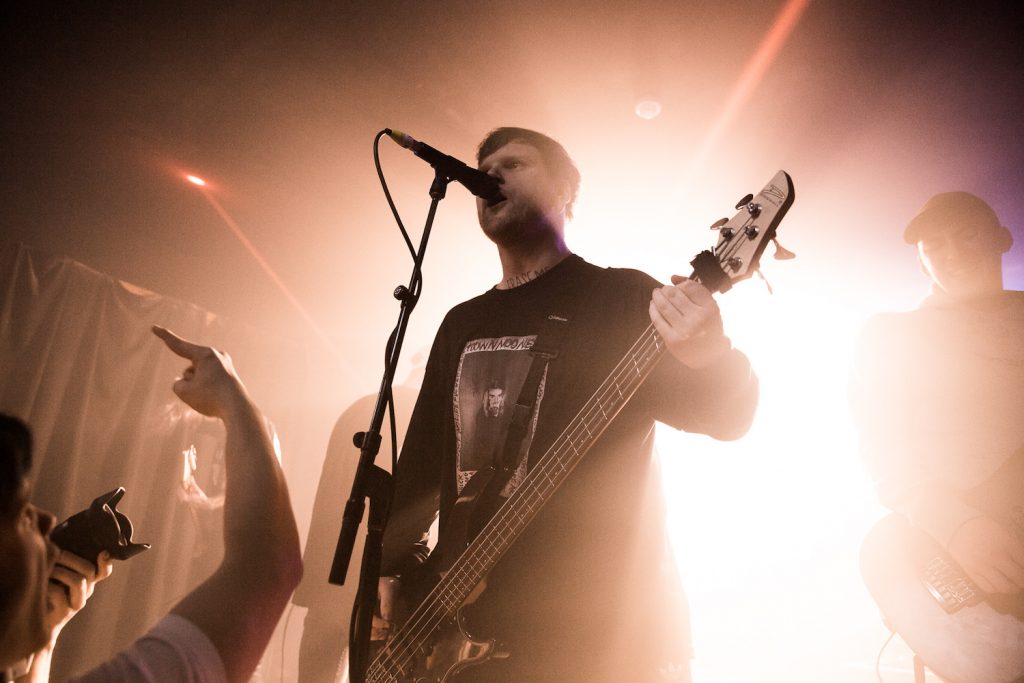 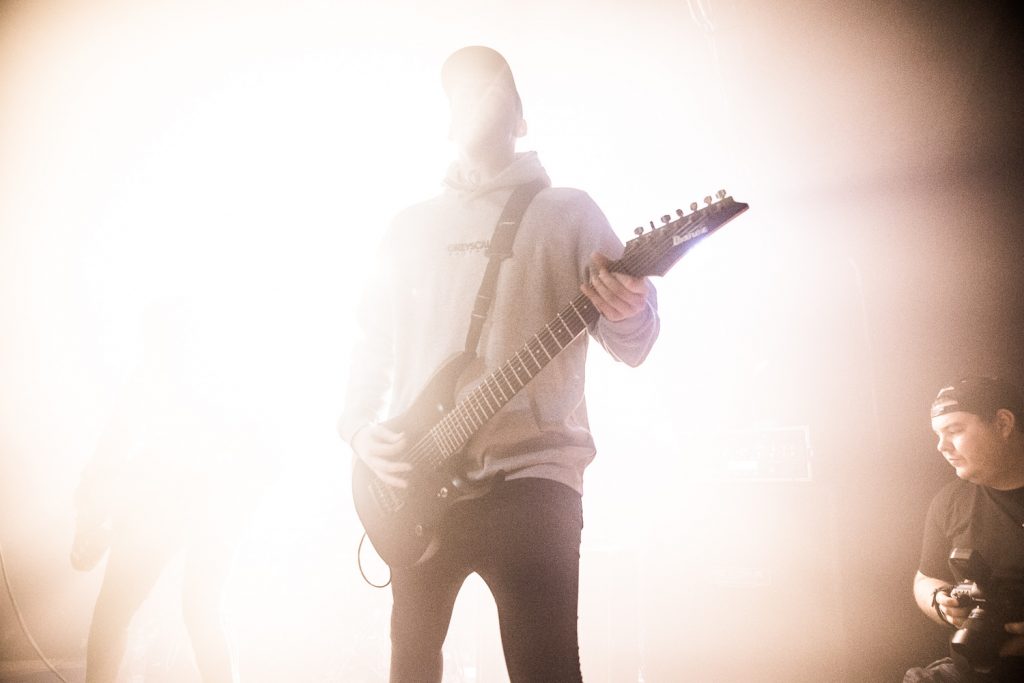 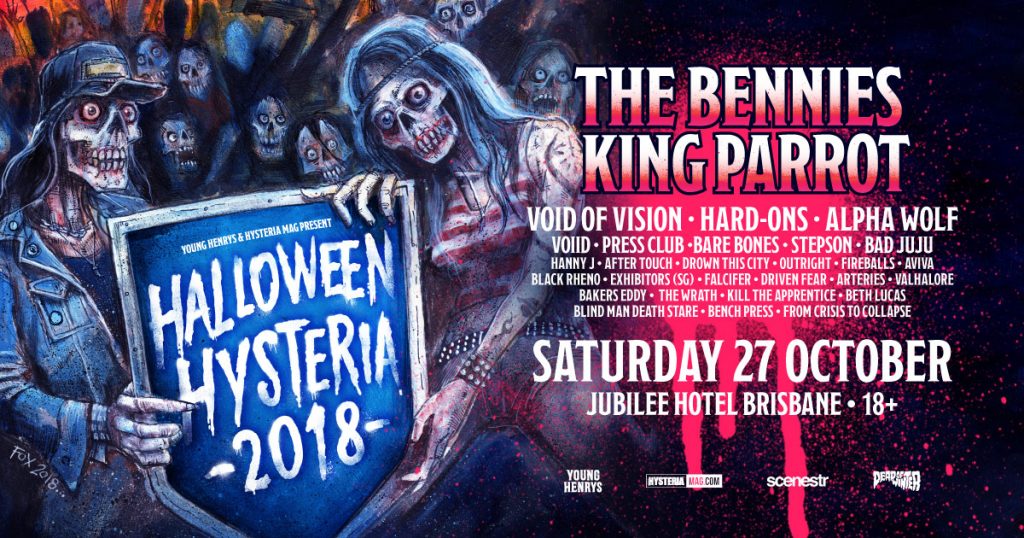