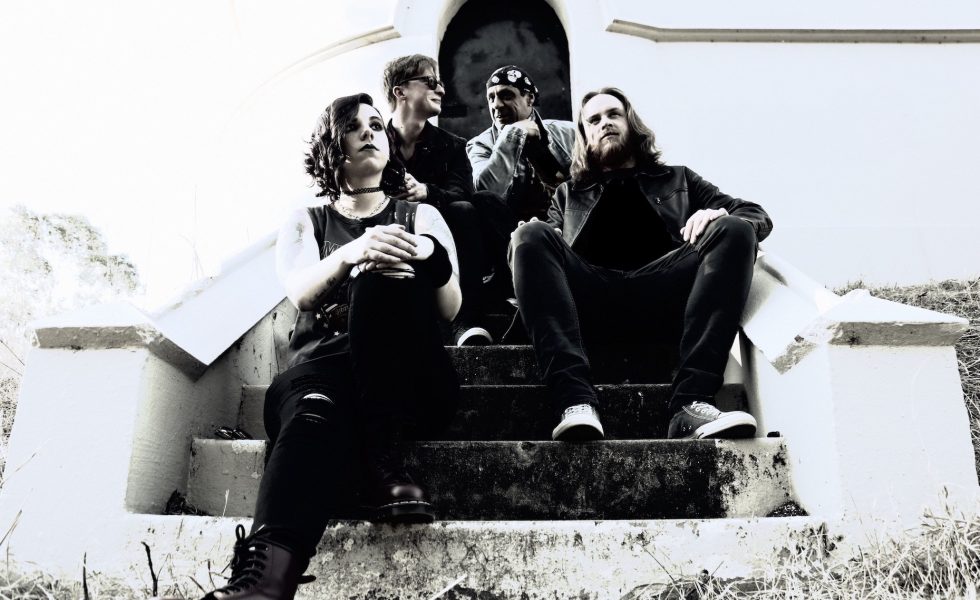 WICKED ENVY // For Those About To Rock

If authentic, blistering rock and roll is what you want, that’s exactly what you’ll get with Wicked Envy and their latest single, It’s Been A Long Time.

Embracing all the energy of a raucous night out, the track is sure to appeal to fans of The Pretty Reckless and Halestorm. Naturally, we wanted to know all about how it came together, so we got frontwoman Des on the line for a chat.

Des: I pretty much started things up in late 2013. I didn’t know exactly what genre I wanted to do. I just knew it would be rock. So I asked my high-school mate if he wanted to be the guitarist for the band. My step-dad is actually a drummer, and it’s hard to find them these days, so I asked him to jump on board. He’s wicked, and he had the style down! One of my really good friends knew a bass player, so we all got together and jammed out, and it worked. That was the first lineup, though. We’ve had many changes along the way.

It worked for us for about two and a half years, and then we had some changes in guitarists. There were too many egos. I’m really happy with the current lineup. I actually got in touch with the current bassist and guitarist on Facebook of all places.  When we got together in the studio to jam, it went really well and now here we are!

It’s great it worked out for you in the end.

I wanted to give up so many times. I had a year off between all this shit with the lineup changes and everything. I was getting really depressed with things falling apart, so I needed the time to myself. I was so sad that year because I didn’t sing or play keys. I could never do that again. It was a year of being in a black hole. That taught me music is in my soul. I can’t quit.

It’s Been A Long Time is pretty much about losing all inhibitions, drinking, partying and not giving a f**k about what you’re doing.

Let’s talk about It’s Been A Long Time. That feels like such a fitting title for your debut single.

It was actually written before COVID, but it tied in nicely with what’s going on in the world at the moment, so I thought it’d be the perfect song to release first. It’s pretty much about losing all inhibitions, drinking, partying and not giving a fuck about what you’re doing. It’s a fun song to play live, and it gets the crowd going. Everyone can chant along, bang their heads, fistbump in the air, that kind of stuff (laughs). It’s all about enjoying yourself.

In terms of the recording process, how’d it come together?

We recorded at The Brain. It was amazing and eye-opening. It was the first time we’d all been in a proper studio. Clayton Segelov produced it, and he was really honest. He challenged us, and we wanted that. He was a standout guy too. He made us feel comfortable, and we could joke with him too. The process was overwhelming, but I’m so glad we did it. We’ve grown from it and developed our sound.

Keeping in line with the fun, party vibes of your own track. What are your go-to hype up songs for a night out?

Oh gosh, I love all genres of music. I do like some pop, something that you can move to, but I will definitely stick to the hard rock/ metal vibes. I prefer to go to a pub and bang my head and let loose. I do have that party side to me, though. I will go out clubbing with my girlfriends, and it’s a bit more dancy. I come from a musical theatre background, so I’m two sides to one coin. I can be really stupid and cheesy but really dark as well.

Who are some of the band’s biggest influences?

For me, there’s a lot, but if I narrowed it down to three, it’d be Halestorm, The Pretty Reckless and Metallica. Our drummer is very 80’s classic rock, so he’d say Whitesnake and Bon Jovi. We do listen to a lot of metal and metalcore, but we’re not a metal band. We do love it though, so we have aspects of it in our sound. Like on the double kicks or the tonality of the guitars or some screams here and there. We want to keep our music to the basis of rock and roll. That’s why I call us alternative rock. We’re a little bit of everything. It’s Been A Long Time was rock and roll based, but our new stuff dropping throughout the year will be heavier.

Can you share a bit more about those new singles?

Yes, there will be more singles this year. There is an EP in the works too. I’ve probably overshared, but oh well (laughs).

It’s been a whirlwind of fun. Like every other band, we’ve had ups and downs, but I’m still so glad we’re doing this. I couldn’t imagine doing anything else. This band is a family. Some of my friends have asked if I’d go solo, but I couldn’t. Being in a band is just my thing.

Purchase and stream Wicked Envy’s Its Been A Long Time here.