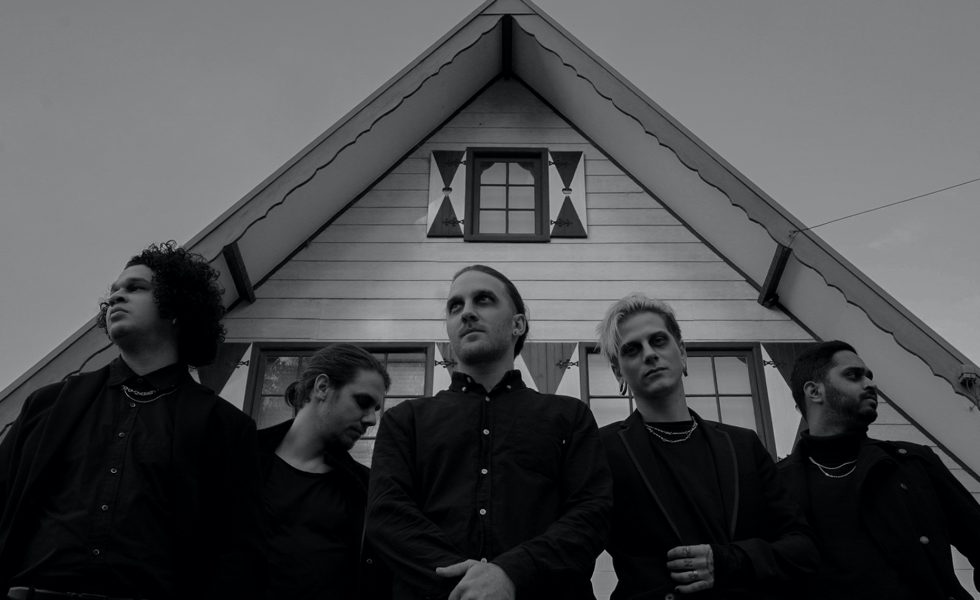 When Linkin Park and Jay-Z dropped Collision Course, it seemed like an incredibly ambitious collaboration, now 20 years later, it seems like the new norm.

MORE: PARKWAY DRIVE: “It’s About Encapsulating The Beauty In It, Through The Darkness” // DUNE RATS: Dance Lessons and Thinking Outside The Box REVIEWS: SLEEPING WITH SIRENS: Complete Collapse // blink-182: EDGING // FREEDOM OF FEAR: Carpathia // ARCHITECTS: the classic symptoms of a broken spirit // SLIPKNOT: The End, So Far // THE GLOOM IN THE CORNER: Trinity // VATIC: Mercer 217

With acts like Underoath, Sleeping With Sirens and Stray From The Path now collaborating with rappers, it’s quite evident that the metal scene is no longer just embracing a love for shared values and lyrical approaches found in hip-hop, but incorporating it into the ever expansive genre that is ‘metal’.

A statement that rings especially true for Melbourne metalcore outfit, Vatic, who took their love for alternative hip-hop outfit Clipping to a whole new level when writing their blistering new conceptual EP Mercer 217.

“One of our biggest inspirations for this release was a hip-hop group called Clipping,” states the group’s drummer Dylan Houston.

“We would get the final version of the songs and then take a Clipping song and rap the Clipping lyrics over the top of our song to find different flows and rhythms that sounded and felt good. Then from there, we would rewrite the lyrics.”

“Which I think we did about three times over. We started with the concept of Mercer 217 and then from there started writing and developing different concepts. Most of the lyrics started out as if they were raps and then we would go back and go, ‘ok, that sounds lame in parts’ and get rid of certain things.”


“Absolutely,” agrees the group’s vocalist Matt Payne, adding “there are only so many syllables I can squeeze into a guttural tone, but we definitely left enough of the hip-hop influences in there, so any diehard Clipping fans out there may pick up some references in there.”

We definitely left enough of the hip-hop influences in there, so any diehard Clipping fans out there may pick up some references in there.
[ Dylan Houston ]

Expanding on how the Californian based group influenced his writing style Payne continued, “They have a series of songs that are a bit of an anthology, each song has its own story which you can follow along with but the stories don’t seem to be related over the different albums. They more so sing about a person and tell a crazy story and it all still fits into the soundscape they have created. So that was originally what got me inspired to write something different, instead of just the standard teenage angst stuff.”

“Like, yeah, okay, I had my heart broken once but I don’t need to write another song about it.”

With the EP’s narrative following the story of lead antagonist Chance’s downward spiral as he succumbs to his inhibitions to kill, it’s a pretty dark tale, veering into a wealth of horror-movie inspired tones and themes as it progresses. Although, as ensured by Payne, Vatic aren’t looking at turning the concept into an idea that spans multiple releases like their contemporaries in The Gloom In The Corner or Ice Nine Kills.

“I don’t think we will follow on with this story again. I think it’s much more appealing to do more of an anthology that moves onto a new story for our next release.”

With a string of Victorian shows booked in and plans for a quick follow-up release, which is guaranteed to “push the boundaries of heaviness” for the band, Vatic have a lot planned for the upcoming few months, with the band’s next goal being aimed at a national run of Australia.

“We’d love to play interstate,” states Houston, “It’s been on the bucket list for a minute now so as soon as we can, we will be doing that. We really want to go up and see all our mates in Adelaide and Brisbane as soon as possible.”

Although, considering the demand, that may come around sooner rather than later, with Mercer 217’s online streams indicating it’s already becoming one of the most popular and beloved independent releases of the year.