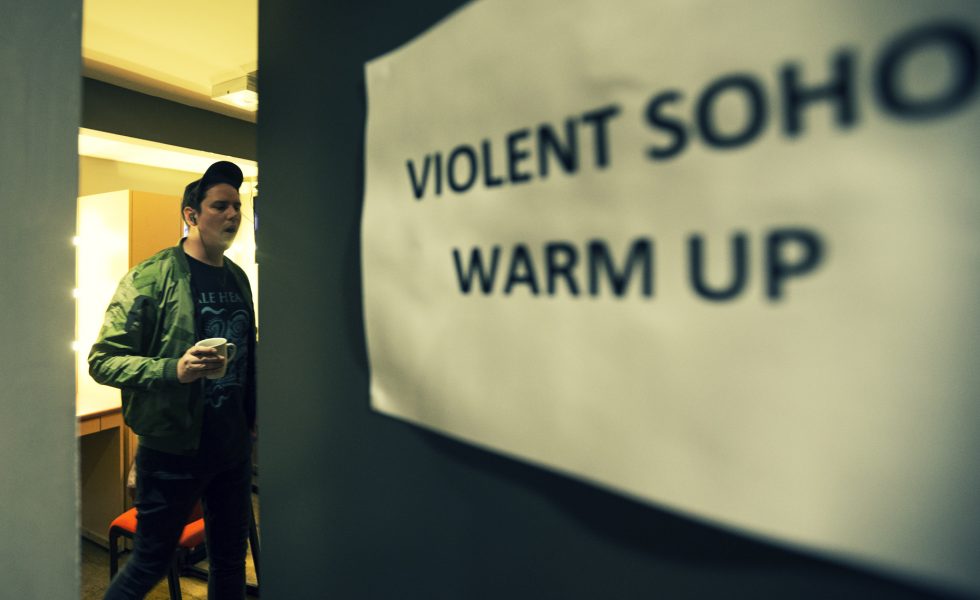 Can you believe people are already counting down the days until Christmas? Yeah, nah. Instead, countdown to something you’ll sink your teeth into sooner, like the 39 days until Violent Soho embark on their biggest headline tour around Australia.

They are taking The Bronx, Tired Lion and Luca Brasi with them, all of which have featured in our Unsung Heroes segment. Now it’s time for Brisbane’s 420 favourites to give us their up-and-comers in the area.

The grunge-rock quartet began jamming in the city’s suburb of Mansfield back in 2004, and still pay homage to their postcode “4122” today. The Violent Soho lads aren’t ones to forget where it all started, so it’s fitting they unearth local talent.

“The loosest bunch of units who make the tightest bad ass Sabbath-style tunes, played like it’s Black Flag on MDMA. They opened for us on our No Sleep Till Mansfield tour. Seriously addictive tunes!”

“Excellent psych-jam influenced guitar lords. These guys have been plugging away at their craft for a few years now and just keep getting better and better. Their music makes Tame Impala sound like a Paul McCartney tribute band. They are the real deal for psych-rock, doing it on a world class level.”

“Awesome skuzzy Aussie style post-post-rock/punk whatever you wanna call it absolute bad ass music. There is no real genre that you can name in order to pigeon-hole this type of punk music. It’s just bad ass slamming riffs and rolling drums. A most excellent group of legit musicians and a most double-excellent and engaging vocalist is all you need to make probably the best live band in Brisbane right now.”

SELLING FAST! Get your life-size Violent Soho poster from the Hysteria Shop