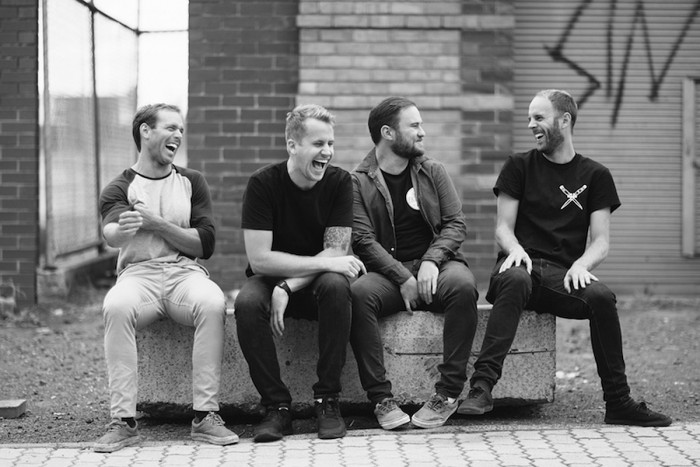 Let’s pay homage to the underdogs, those musos on the cusp of something big.

Hysteria Mag is excited to present Unsung Heroes. Every week we’ll call on a heavyweight act in each Australian state and territory to pick their three up and comers.

There’s a better way of unearthing local talent, and that’s by going straight to those on the ground.

There’s a high chance these bands have shared a stage and plenty of frosties together, making the foresight of these talent scouts much more credible than ours.

First off the rank is Tasmania, and who better to call on than punk/rock outfit Luca Brasi to pick their Apple Isle favourites.

Their recently released LP If This Is All We’re Going To Be landed at #20 on the ARIA Albums Chart and scored high triple j rotation as the station’s Feature Album.

Brasi have toured nationally with the likes of You Me At Six, Title Fight, Violent Soho and The Smith Street Band, making them one of the biggest exports to come out of Tasmania.

Absolutely killer Launceston based electro-pop styled duo. Seriously some of the most talented young people I’ve ever seen playing music. About to play some shows with our mate Willy Wags in Melb and Sydney. Make sure to check em out!

Some Tassie/some Melbourne based these days, a great rock and roll band who tear so hard live. Super nice guys who love a party too. They just released a new single Vines and it rips.

A fast technical punk rock band out of Hobart, super precise and a killer live band. The boys are made up of a lot of heroes from some of the first bands we ever got into from Tassie, get on board their EP The Doomsday Book.

Luca Brasi have just kicked off on their headline album tour with friends Moose Blood and The Hard Aches:

Tickets on sale now via lucabrasi.com.au

with JEN BUXTON & THE SLAUGHTERHOUSE FIVE