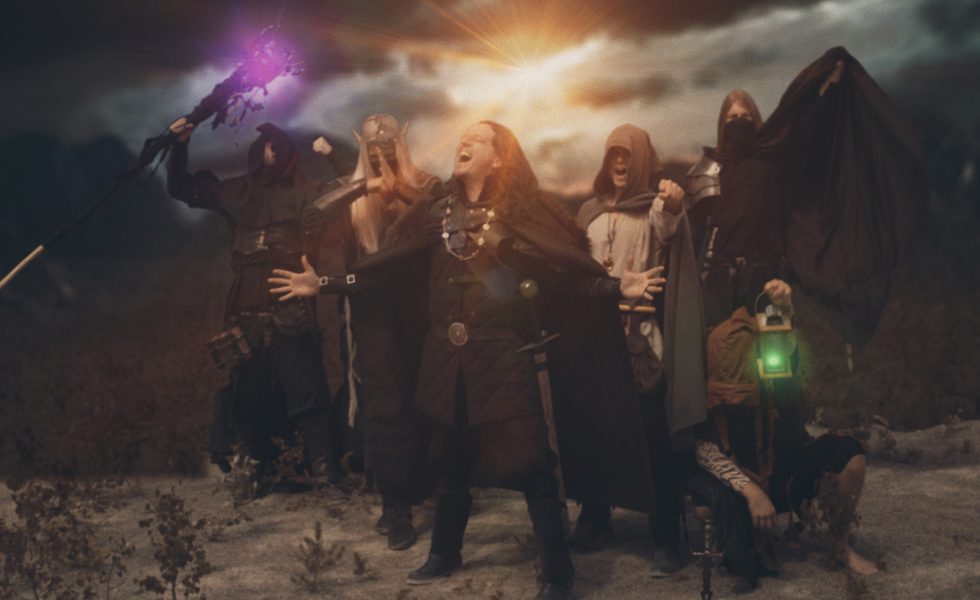 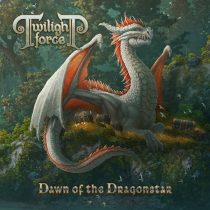 Twilight ForceDawn Of The Dragonstar

Dawn Of The Dragonstar is the third album from Swedish conjurers of ‘musical magic’, Twilight Force.

Formed in 2011 and affectionately known as ‘adventure metal’ since their 2014 debut album Tales Of Ancient Prophecies, Twilight Force’s symphonic power metal sound is more cinematic than ever on Dawn Of The Dragonstar.

With the ominous statement of May the power of the dragon guide us, the title track opens the fantasy landscape in which Twilight Force perform their renowned imaginative narratives. Immediately through the first three tracks, one is overwhelmed by the aural opulence of Dawn Of The Dragonstar, each track is like a mini movie, symphonically entrenched with bold soundscapes and exciting storytelling. From the triumphant strains and gallant pace of Thundersword, and the regal Long Live The King, to the jovial almost folky picturesque songs like Valley of The Vale and Night Of the Winterlight, the ride through Dawn Of The Dragonstar is enticing and well executed. The dramatic imparting of ‘ancient legend’ reaches it most textured and engaging with Hydra, a song of many movements and a rollercoaster of emotions.

From the beginning, throughout the album, Twilight Force have magnified their already large, sensationalist sound, to produce by far their grandest and most ambitious offering to date.

The most apparent feature of Dawn Of The Dragonstar is Twilight Force’s new vocalist, Italian singer Alessandro ‘Allyon’ Conti. For returning fans accustomed to Chrileon’s lively, warm-toned and enthusiastic vocals, it may take a moment to adjust, for while Allyon’s vocals are as impressive, his classical voice lends Twilight Force’s music much more austerity. Although there may be less of the starry-eyed wonderment that sparkled through so convincingly on Heroes Of Mighty Magic [2016], the greater vocal grandeur suits Twilight Force’s hymn-like compositions on Dawn Of The Dragonstar. Queen of Eternity is one such stately song, and holds one example of the stellar solos that launch abundantly from every song. The heavy chamber-choral embellishments, mystery-infused eastern sounds, and majestic pace of With The Light Of A Thousand Suns paints a vast and darkly exotic soundscape. This is an awe-inspiring song, which is one of Allyon’s strongest performances on Dawn Of The Dragonstar, the melodic structure perfect for his operatic disposition.

Closing with a massive finale of Blade Of Immortal Steel, which runs through several acts of inspiring melodies, atmospheric interludes and wild solos to reach past the twelve-minute mark, Dawn Of The Dragonstar is a satisfying and all-consuming album. From the beginning, throughout the album, Twilight Force have magnified their already large, sensationalist sound, to produce by far their grandest and most ambitious offering to date.

STANDOUT TRACKS: Hydra, Queen Of Eternity, With The Light Of A Thousand Suns.

STICK THIS NEXT TO: Dragonforce, Epica, Avantasia.