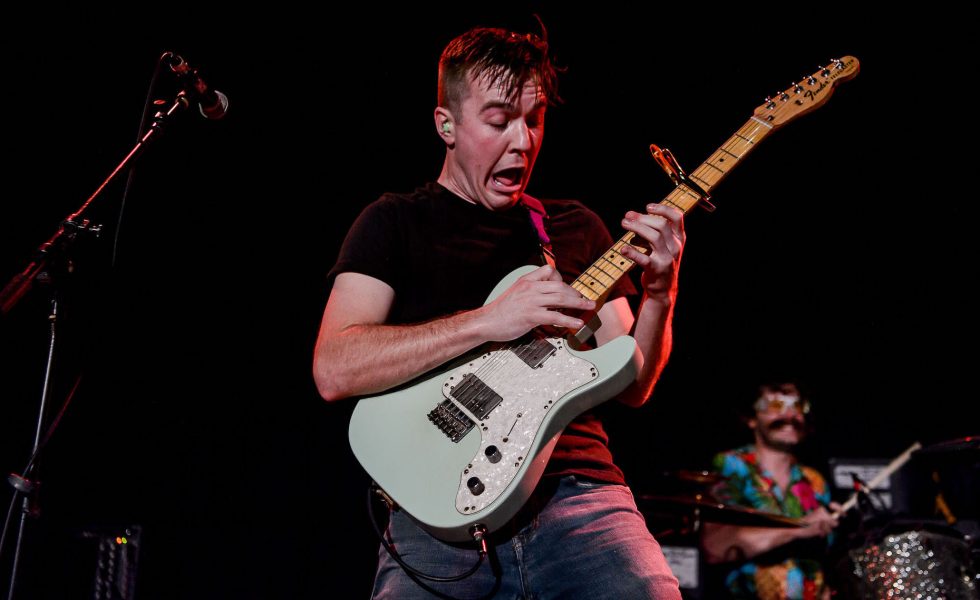 Tiny Moving Parts‘ second Sydney show was an intimate affair, and punters huddled into The Lair, keen to see the self-professed family band play another date on their debut Australian headline tour.

Western Sydney’s Zen Haircuts kicked off the afternoon in all their punk rock glory, intertwining some of their old favourites with newbies. High energy characterised their set, as well as obvious nods to the 2000’s new-wave emo and indie rock scenes. Regardless, early arrivers were mesmerised by their twinkling melodies, and it was another stellar example of what our homegrown talent has to offer. We’ve also got to give these legends a shoutout for using their platform to pay tribute to the traditional custodians of the land on this Australia Day. 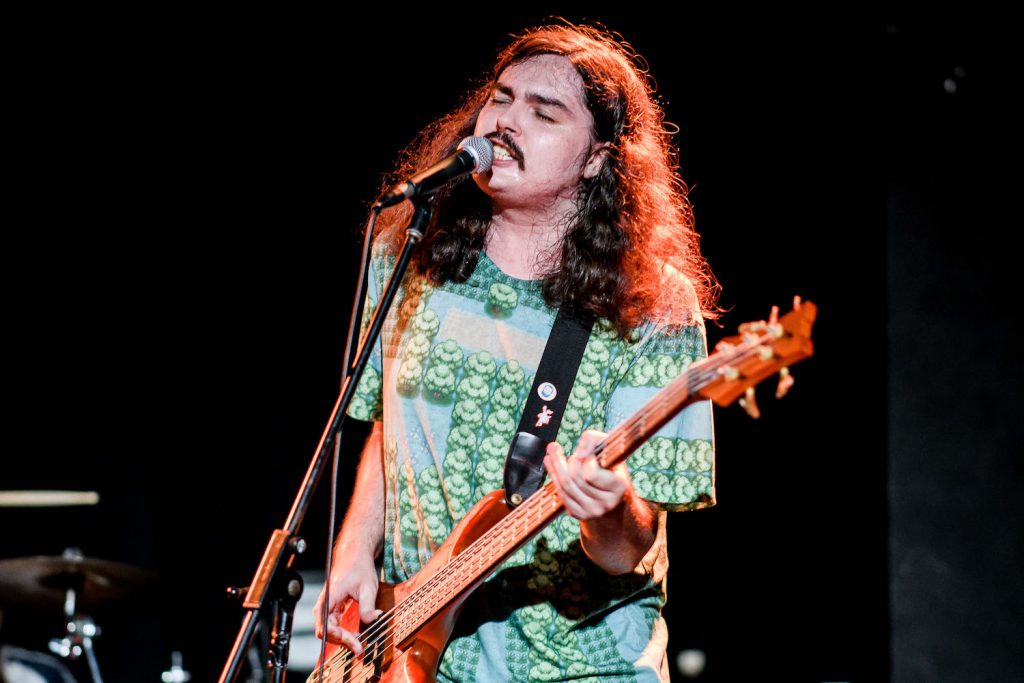 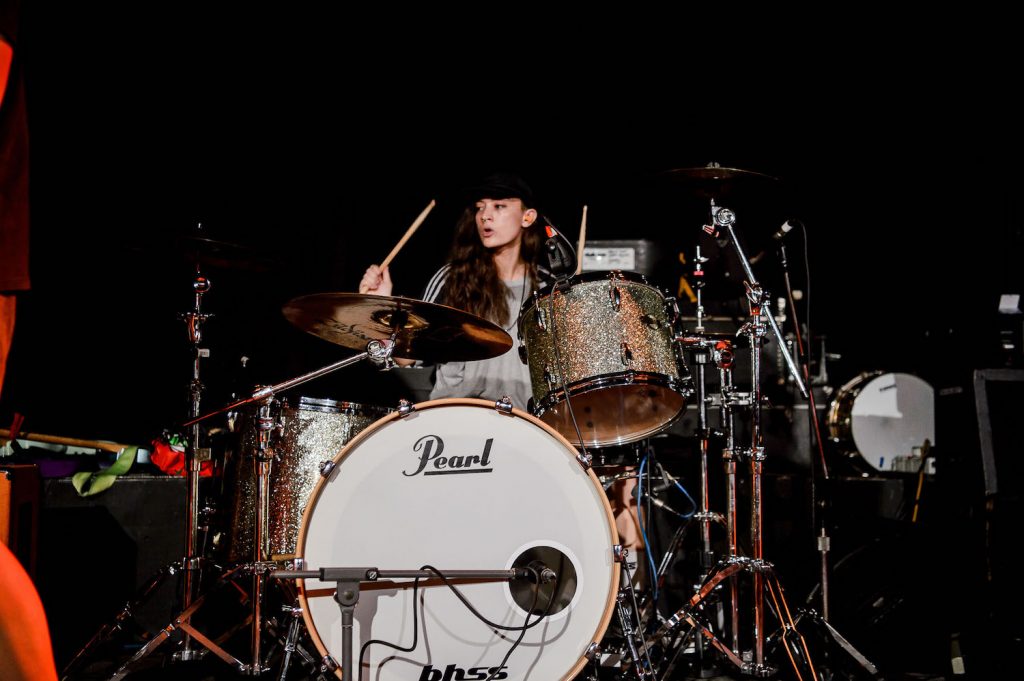 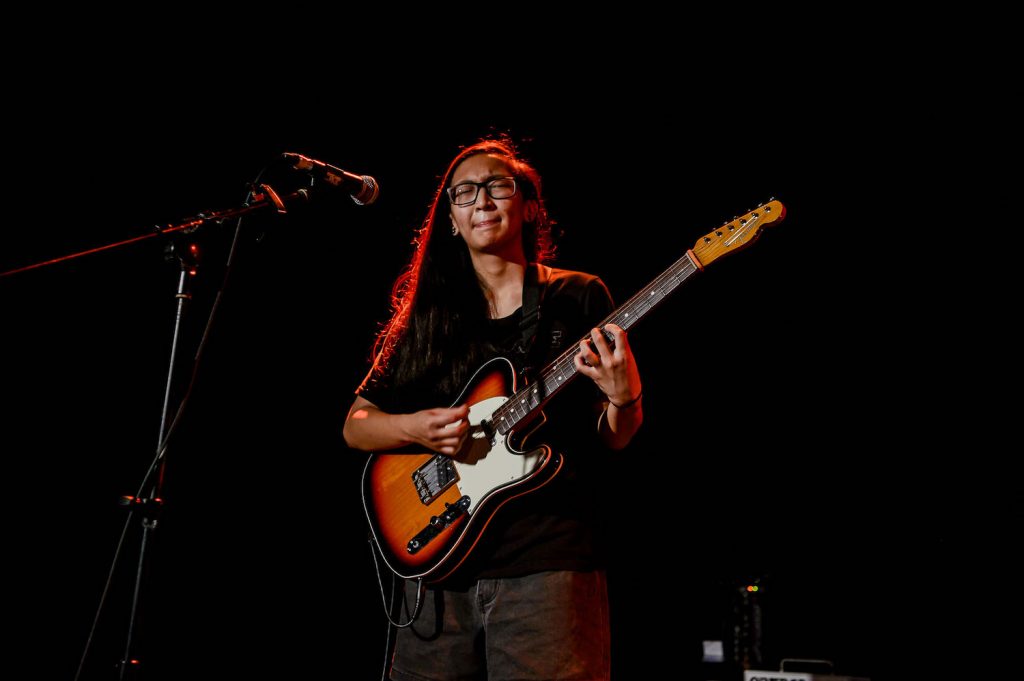 Blending alternative, indie and punk influences with youthful energy and their lost voices, the quartet delivered on the entertainment front. Squid Fishing has long prided their shows as a safe, happy space and this was no exception. Punters moved and grooved along to their back catalogue, breaking out into full dance for a toe-tapping cover of the Paramore classic, Brick By Boring Brick. 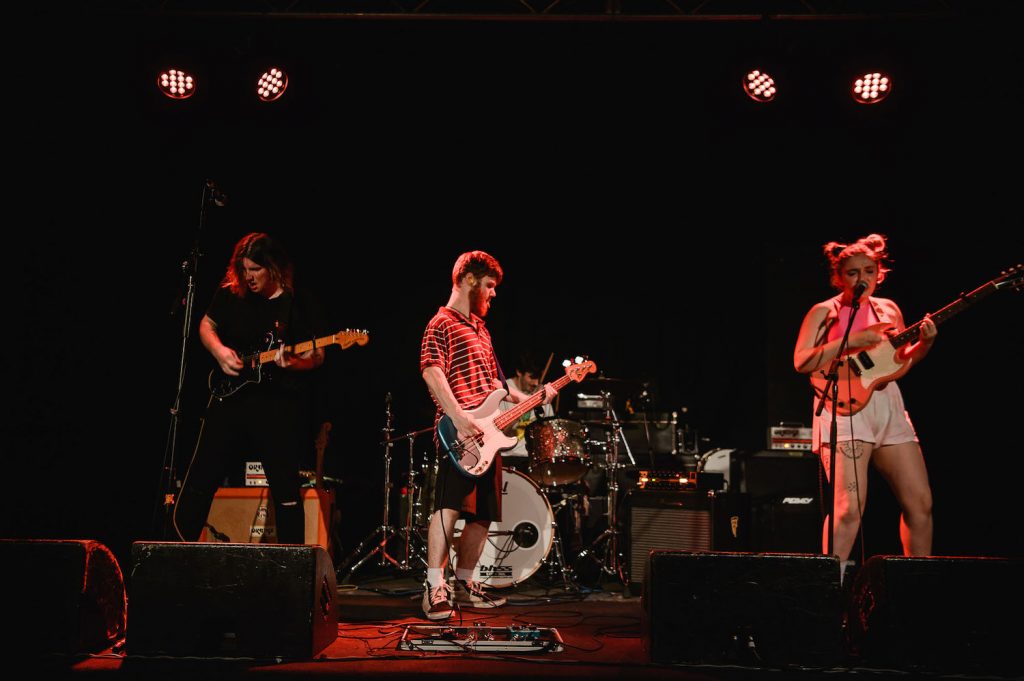 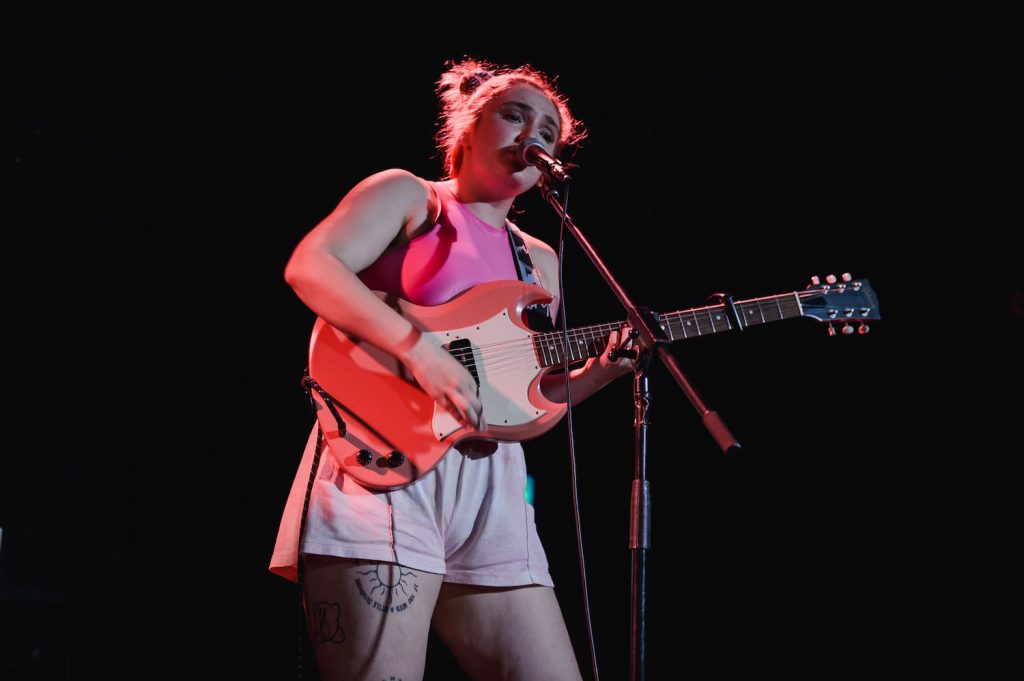 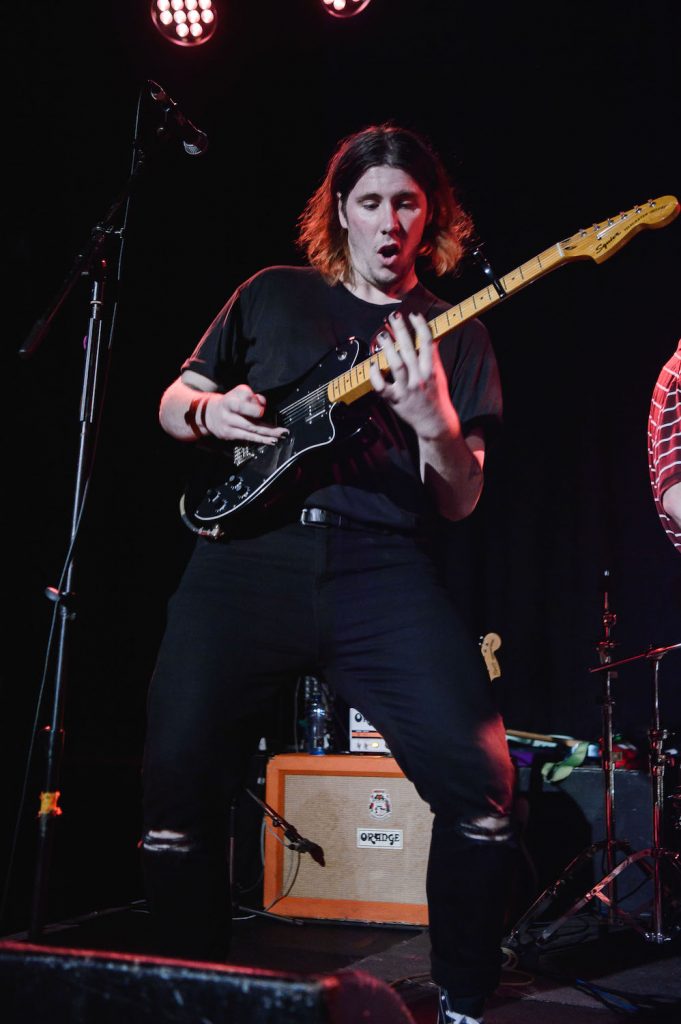 A short wait between bands was truncated by more Paramore blasting through the room, and it wasn’t long before the opening notes of Sundress (off 2014’s Pleasant Living) kicked off Tiny Moving Parts’ set. Perhaps inspired by the incredibly badass child that stood side of stage air drumming, punters flailed their limbs to the noise.

With seven full-length albums of material to choose from, the Minnesota rockers did their best to show some love to both their old and new work. And this was clearly appreciated by the crowd, who made no secret of their excitement at seeing the band on their second-ever Australian run. Undoubtedly the most excited was the dedicated squad who gathered at the stage front and bounced along to every track. There was a real sense of inclusivity in the group, and it was heartwarming to see them scream every word back to the band. 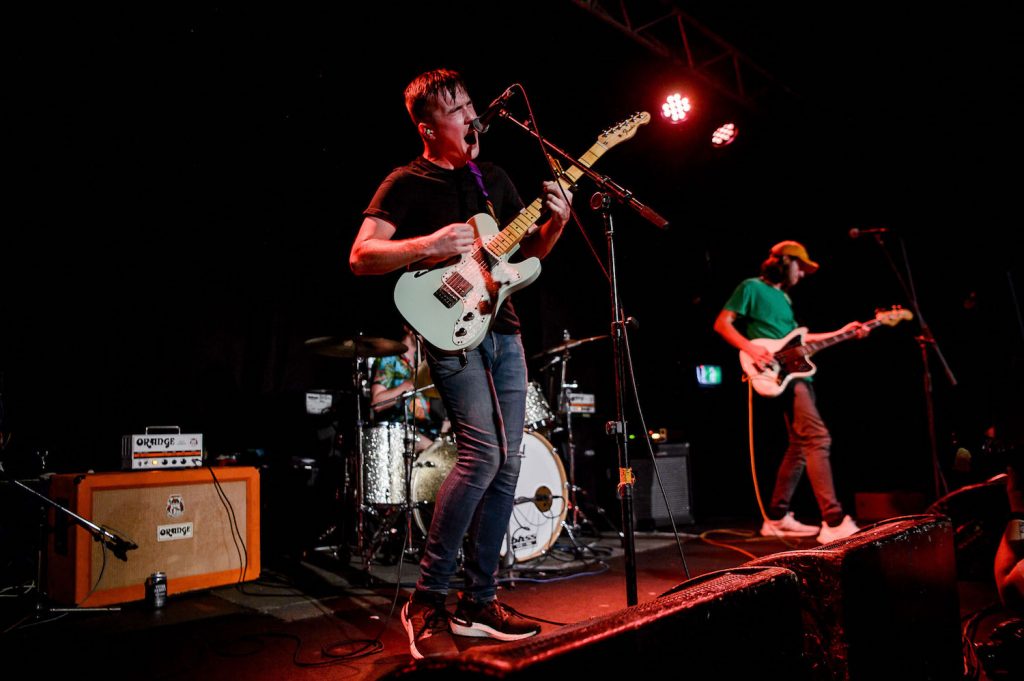 With good vibes in the air, it was hard to decide who was having a better time—the band or the crowd. The trio looked to be having a blast as they delved into their latest record Breathe (released in 2019), and tracks like Bloody Nose and The Midwest Sky elicited as much energy in the crowd as their deeper cuts did. After an almost hour-long set, the trio showed their appreciation for Lord of The Fries (a band after our own heart) and closed with Feel Alive. 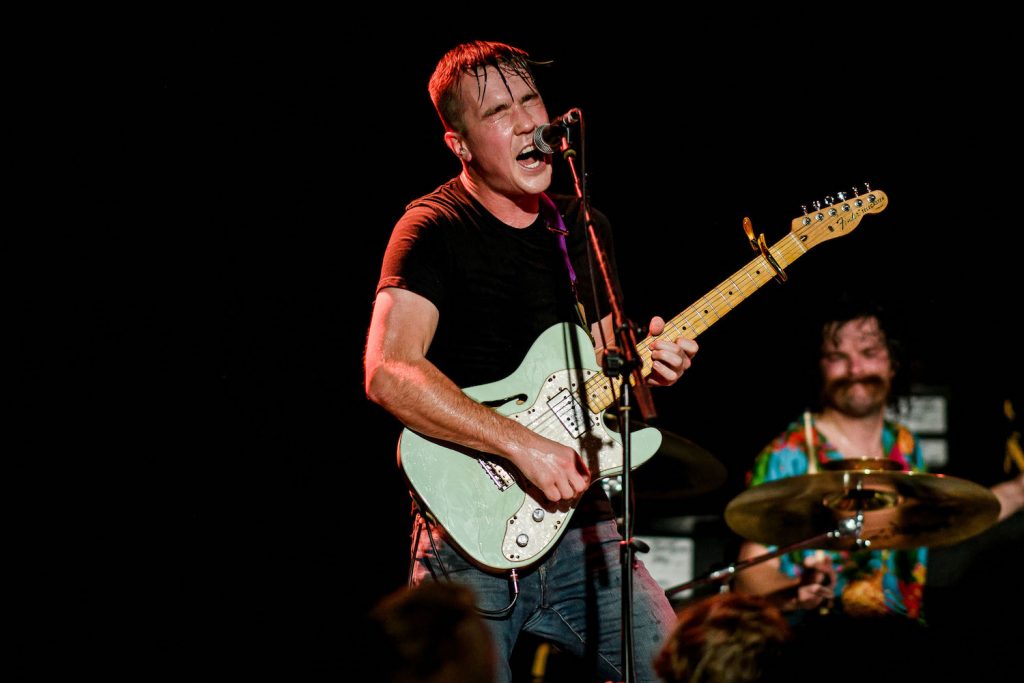 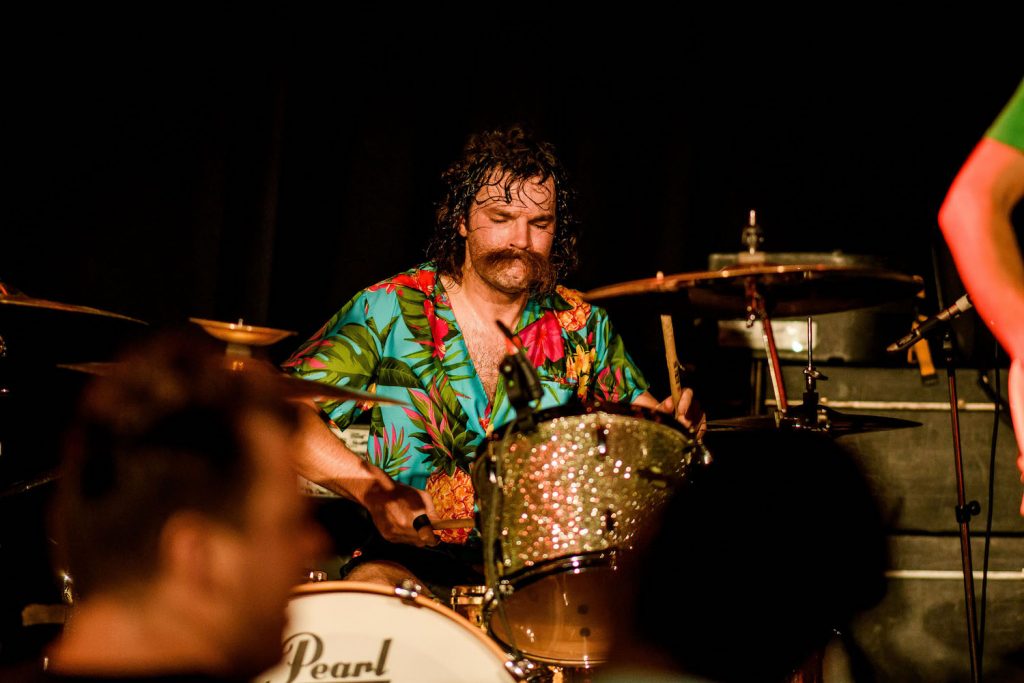 With over ten years of experience as a band under their belt (and a lifetime of familial ties), Tiny Moving Parts proved themselves to be masters of their earnest, emo sound. As they left the stage, chants for one more song echoed through the room. It was a sentiment we wholeheartedly agreed with, come back soon, please!