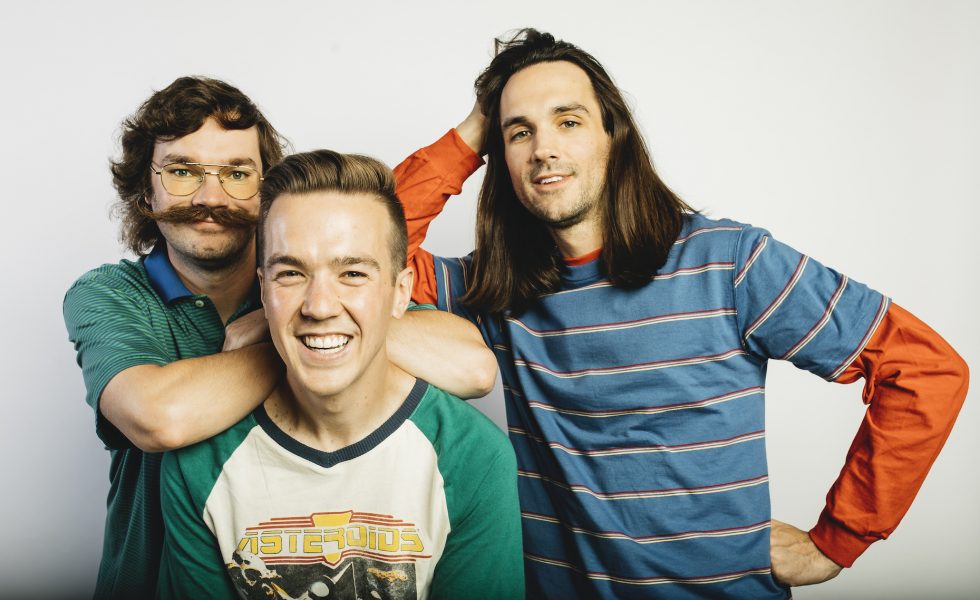 Tiny Moving Parts, the Minnesota-based band who’ve been a mainstay on our stereos, iPods, and Spotify playlists for nigh-on 12 years are back in Australia on tour this month.

What a way to start the new year! That reeling of antiquated and current technologies really gives a nod to the longevity of the band, and it’s down to their self-prescribed sense of family that’s meant Tiny Moving Parts have grown up with you, according to vocalist, Dylan Mattheisen.

January marks the month Tiny Moving Parts make their Australian headline tour debut–still so many firsts to be had in a career of so many memories. Tiny Moving Parts have often been described as emo-rock, and with the prediction for the next decade there will be a resurgence of the movement thanks to recent announcements of a reformation by My Chemical Romance, Mattheisen wonders how his band might fit into that prediction given the label already attached to them. “I don’t think about it too much, we just write songs and records that we definitely enjoy, and we wanna write what people [can] enjoy, as well,” he says. “But yes, they tend to be emotional songs.

“I feel like, weirdly, it’s cliché for me to say it’s always an outlet for me to write the lyrics I do, but it truly is. It’s healthy for my mental health, to get it out there rather than let it all clutter up in my head.

“And at shows, when we’re playing shows and people are singing the words back to us, it’s a special connection. I feel like we strive for that connection every show we play, that motivates us to keep writing the songs we do.”

There may be bumps in the road but let’s try and enjoy life as much as possible. Oddly enough singing about the sadder subject stuff connects harder for some reason.
[ Dylan Mattheisen ]

Though it’s bands like Thursday that Mattheisen says Tiny Moving Parts resonate more closely with, he says it’ll still be cool to be connected in some way with My Chemical Romance through the second coming. Though it is, as Mattheisen puts it, a cliché, it is a universal truth that music is a great healer, and for the singer there’s something about this particular style that Tiny Moving Parts have chosen to run with that he agrees provides the best kind of therapy. “The songs we love–[Always] Focused, Applause–those of our singles are upbeat. People say it’s pop-punk or whatever, but they’re the songs that strike a chord and have you connected with us.

“We’re not trying to have every song be dark or depressing, it’s more maintaining it and knowing everyone has certain struggles. People are [all] anxious to a certain degree.

“There may be bumps in the road but let’s try and enjoy life as much as possible. Oddly enough singing about the sadder subject stuff connects harder for some reason. MewithoutYou, that’s one of our favourite bands, and some of their lyrics are pretty dark and depressing but for some reason it felt good to listen to and to connect with.”

It never began as the mission objective for Tiny Moving Parts to establish such connections with their listeners, that has evolved over time to become a staple in their mantra. “We definitely wanna help people,” says Mattheisen, “We always wanted to be a touring band, but we wanted to have a win-win; we do it because we want to do and it’s fun as heck but we do it because we want to help people and to connect with people. Just like bands like Thursday and mewithoutYou did for me when I was 16.

“Today I go back to those records and it feels good to listen to–we just want to be that band that has that influence or inspiration on people.”

Ultimately, the Australian run is long enough that Tiny Moving Parts will have plenty of opportunities to fulfill both the selfish and unselfish reasons they do what they do–to perform and to connect. The supports they’ve chosen to go along with them on their extensive headline run will switch up from city to city, and include the likes of Jacob, Blind Girls, Zen Haircuts, Self Talk, and Turn South. These bands, Mattheisen says, are on the bill because they have a similar outlook to Tiny Moving Parts. “It’s funny because, yeah it’s our first headliner down there, it’s still very new to us, new to this whole situation, and it was Billy [drummer William “Bill” Chevalier] who proposed a lot of these bands to us. And yeah, we’ll be there real soon!” 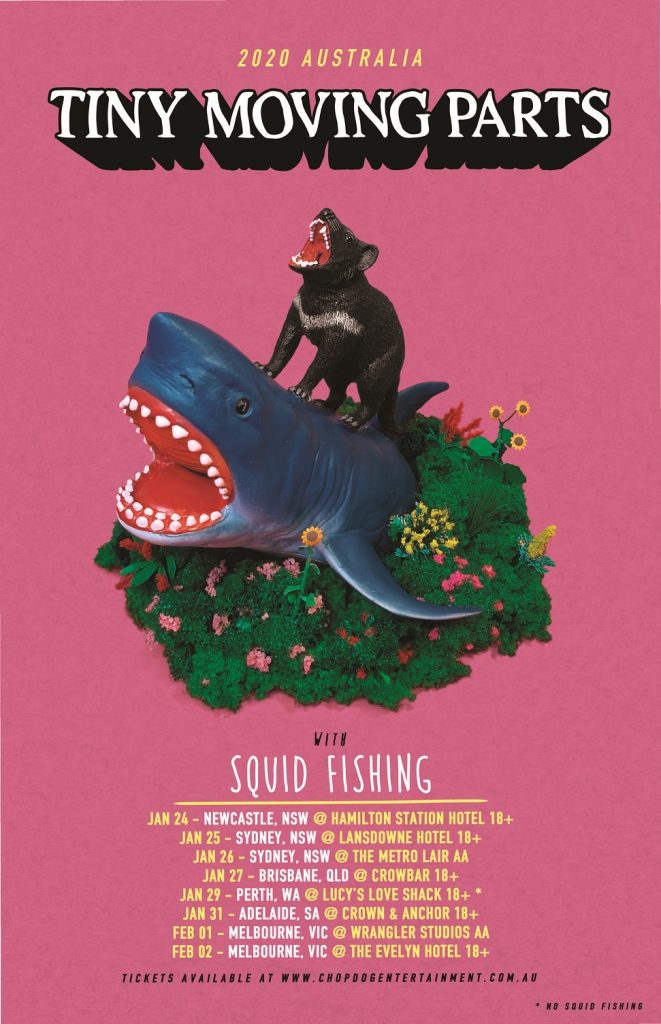