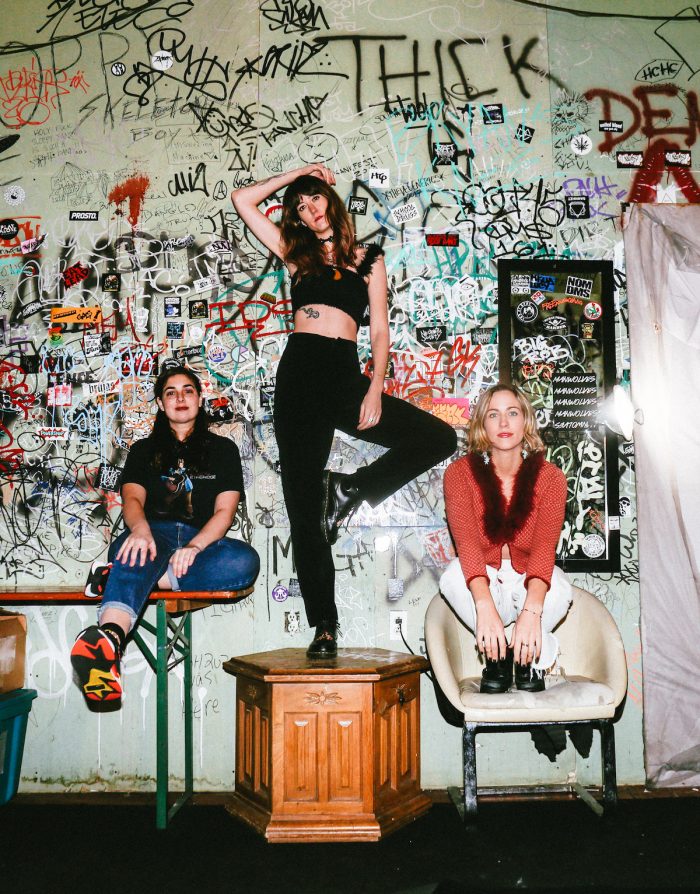 From Brooklyn, NY, at the camp of DIY punk outfit band Thick, comes news today of the upcoming release of their debut album, 5 Years Behind, set for release this March.

Out today is the album’s title track, a furious yet delicate little number that really paves the way to the tumultuous world in which Thick reside. With it is an accompanying music video–one part hilarious, one part rainbows, and one part pure female awesomeness. All up, Thick present a lovely reflection on societal pressures with intense harmonies.

As for the video’s visionary duties, they were entrusted to director and producer, Miranda Kahn, whose accolades include working with the likes of Weezer and Angel Olsen. If you’re gonna go hard, go the best, amiright?

Now back to the album–the news from camp Thick continued to say that the thematic interests of their debut album, “confronts the countless disappointments and injustices they [Thick] deal with every day: the reckless hypocrisy of people in power, social media’s erosion of genuine connection, dudes who feel inexplicably entitled to share their most loathsome opinions.”

“A lot of these songs came from feeling stifled in silence, but then the song itself is an answer to that,” said vocalist, bassist, & guitarist Kate Black.

Well, there you go then. In celebration of this announcement, Thick will perform a hometown show on Friday 17 January at somewhere called Rough Trade—so for any Yanks reading this in the NYC area (do any of you read Hysteria? If not, why not?) you might want to think about rearranging your Friday night plans to include some whole-hearted punk.

5 Years Behind is out March 6 via Epitaph Records.