THE OTHER FESTIVAL // Taking Over The Tivoli 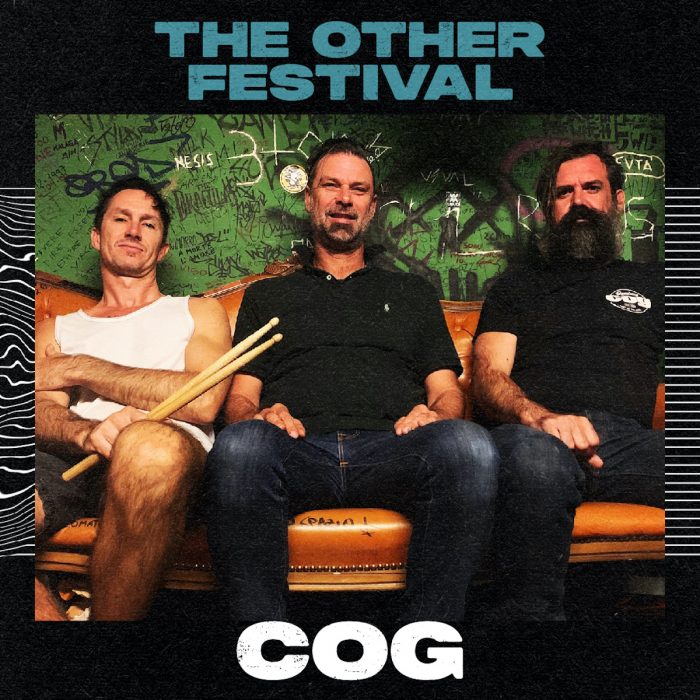 A festival like no other, The Other Festival is set to triumphantly return later this month, bringing all of the rock, riffs and rollicking good times to The Tivoli in Brisbane on Saturday 28 January.

Following its inaugural event in 2021, The Other Festival has rapidly built a solid reputation as a one-of-a-kind musical experience. From showcasing and celebrating an eye-watering array of local talent from the Aussie rock, metal and alternative scenes, to offering an event run by music lovers for music lovers, this ain’t your average festival. Expect a day packed full of wall-to-wall musical goodness, including some of the best live acts in the country primed to incite moshes, bust out some grooves, ravish us with riffs and remind us all why live music truly is the best medicine.

Helming the 2023 The Other Festival lineup is none other than Aussie rock icons Cog. Recently appearing onstage around Australia in 2022 at Monolith Festival alongside Karnivool, Plini and Ocean Grove, The Other Festival will mark the trio’s first live show for 2023 – and a definite must-see for anyone with a pulse and/or an affinity for pounding and prolific rock. The Other Festival will also feature beloved Brisbane heavy-hitters and sequin jacket aficionados Osaka Punch bringing their unforgettable live performance to life, with fellow Brissie prog luminaries The Stranger also locked and loaded to dazzle with their progressive metal delights.

But wait, that’s not all! Throughout the day punters can also catch some extra special DJ sets courtesy of DJ Pricey, Osaka Punch‘s very own Chrispytown and the enigmatic Beaver Fever.

Busting out a day for the ages back in February 2021 via the first iteration of The Other Festival, including appearances from Cog, Wolf & Cub, Osaka Punch, From Crisis To Collapse, Hammers, Patient Lounge, These Four Walls, Being Jane Lane, Smoking Martha and more, The Other Festival returns with gusto in 2023, with 2021 headliners Cog returning to lead the pack at the new official home of The Other Festival: the hallowed walls of The Tivoli in Brisbane.

Taking place across two stages at The Tiv on Saturday 28 January, there’s guaranteed to be something for everyone on The Other Festival menu in 2023. Whether you’re a prog rock connoisseur, a lover of grungy feels, froth for a breakdown or just like your tunes with lashings of everything loud, come celebrate the ongoing  return of live music later this month, snap up a ticket for The Other Festival today and start off your new year with a rock’n’roll bang! 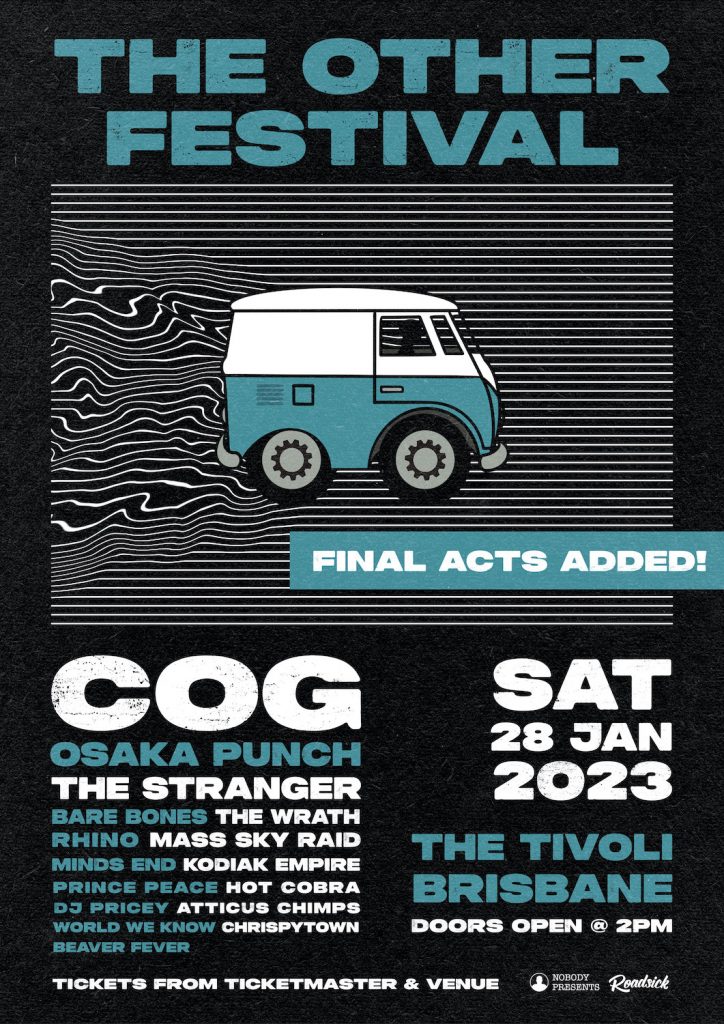