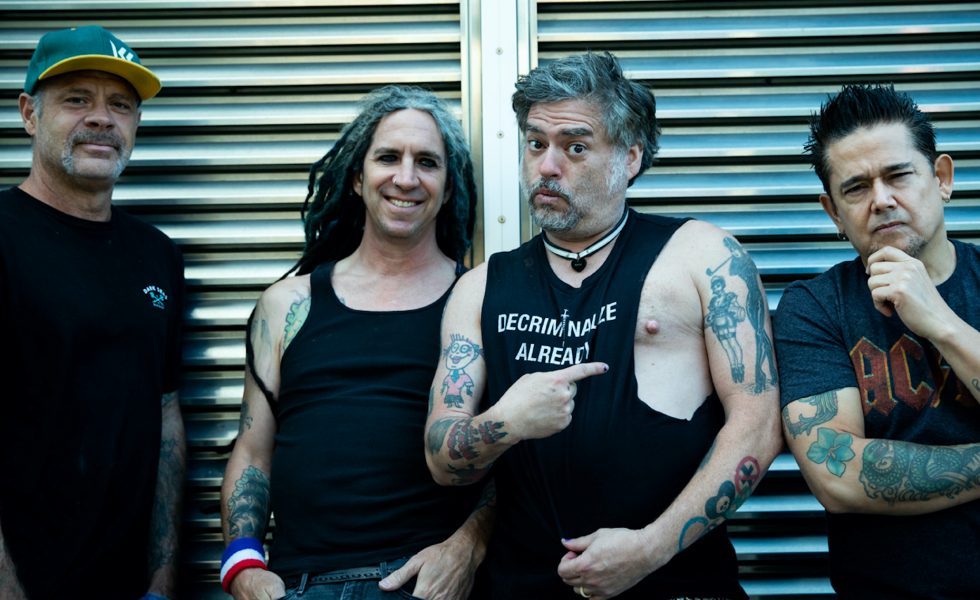 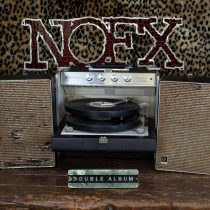 Doubling their pleasure on their first ever double album, the tongue is firmly planted in the cheekiest of cheeks on NOFX’s brand new record Double Album.

The aptly titled follow up to 2021’s Single Album, Double Album, for fans playing along at home, was actually written and created alongside its predecessor; but where Single Album dove into darker thematics, including addiction, death and beyond, Double Album is the series’ smart-ass, foul mouthed, and self-deprecating older brother. From songs about dominatrixes to odes aimed at Stephen Hawking, and even a track that was dropped off the blink-182 2016 album California, Double Album is NOFX at their most contemptuous and fun, which is itself a bittersweet reality given the clock is ticking towards the final NOFX sunset in the near future. 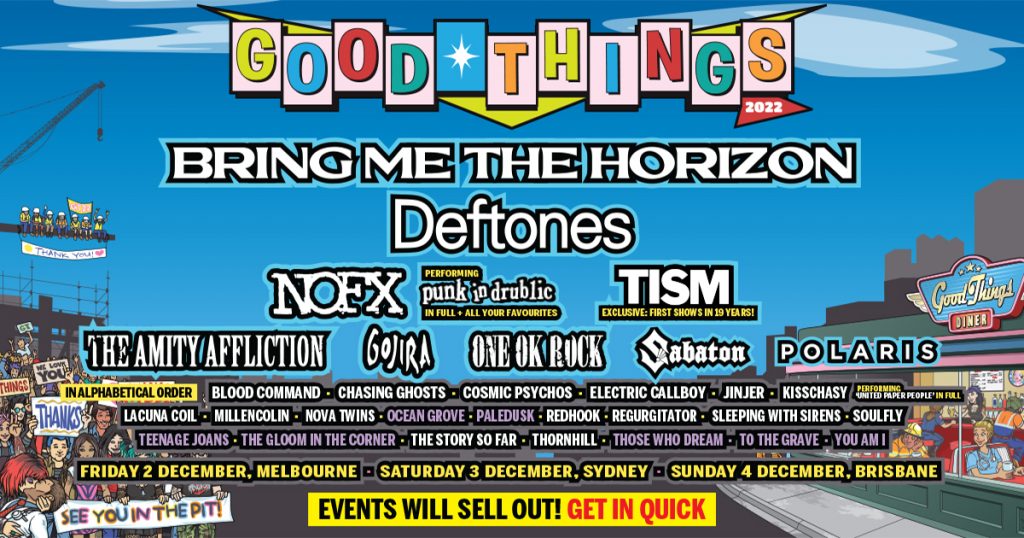 Opening up with meaty basslines and pure raucous airborne punk, Double Album kickstarts with Darby Crashing Your Party; aka a track so criminally catchy it comes with its own mugshot, before My Favourite Enemy and Don’t Count On Me jolts the heart via some high-octane humour.

Up next, the offbeat bounce of Johanna Constant Teen pays brief homage to a dominatrix that frequented NOFX’s Fat Mike’s Airbnb in New York during the run of his musical Home Street Home, marking a sturdy palette cleanser before the storied Punk Rock Cliche. Initially written by Fat Mike and Mike Skiba during Skiba’s tenure with blink-182, Punk Rock Cliche was actually previously recorded by blink before being unceremoniously dropped from the album; and an unexplained radio silence between the band and Fat Mike has been in place ever since. But behind the scenes tea aside, Punk Rock Cliche is a meat and three veg pop punk delight that will bounce you headfirst into Fuck Day Six, with Fat Mike squarely detailing a Buddhist rehab experience and the dreaded sixth day of trying to get sober.

Nearing four decades as a band and gearing up to bid their final farewell over the next year and a bit, Double Album is proof that NOFX are still the potent troublemakers we know and love them for.

From here, a less than flattering but entirely punk rock takedown aimed at the revered late physicist Stephen Hawking arrives via Is It Too Soon If Time Is Relative. While written before Hawking’s passing, Hawking never actually heard the track, which may or may not have been a good thing at the end of the day. But it’s a track nonetheless that encapsulates the affable yet shamelessly brazen nature that NOFX have cemented throughout their lengthy career, and, as Fat Mike put it prior to the album’s release: “You have to laugh at everything, because the world is just falling apart and you have to have a good attitude and not take everything too seriously.”

Rounding out Double Album is a cavalcade of sarcasm, catchy melodics and rollicking glee, including the boisterous Alcopollack dedicated to booking agent David Pollock, with the unflattering yet hilarious track officially signed off by Pollock himself.

All in all, Double Album is everything you could want or need from a NOFX album. With everything from skate and classic punk to some poppier moments for good measure, it’s ultimately a joyful and sharp addition for those who can get in on the joke and grab a laugh with one of punk’s ultimate rapscallions. Nearing four decades as a band and gearing up to bid their final farewell over the next year and a bit, Double Album is proof that NOFX are still the potent troublemakers we know and love them for. And, ultimately, it’s also proof that creativity and comical debauchery can coexist, and nobody is safe from the derisive and razor-sharp gaze of one of modern punk’s greats.

STICK THIS NEXT TO: Bad Religion, Pennywise, The Offspring