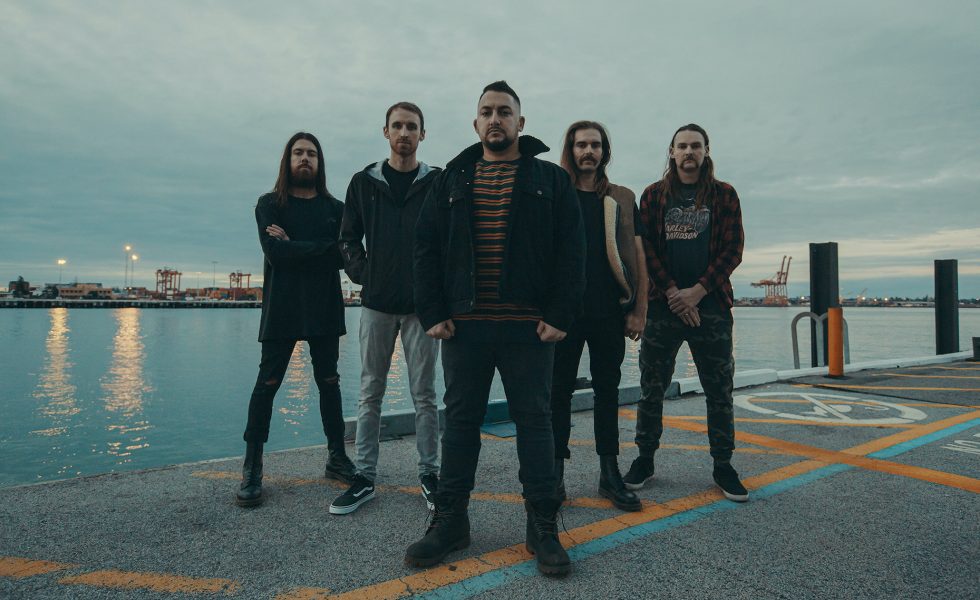 TEMPEST RISING// From Downfall To Triumph

Tempest Rising are back at it again! As their first taste of new music for the year, the Perth boys have unleashed their absolute belter of a track, Downfall.

Hysteria caught up with frontman Vin Trikeriotis to chat all about it, touring and their plans for 2021.

What inspired the new track, Downfall?

We actually wrote it before the pandemic, it’s really more about a personal downfall but it was well-timed. I write all the lyrics for the band, at one point in my life I couldn’t decide who I wanted to be. I let myself become this person who wasn’t truly me, that’s what the song is about. We’re actually releasing three singles and Downfall is the first part of that journey. After this, we’ll have Awakening and Kingdom.

Will those other two tracks tie in with Downfall?

They do stand alone, but each song is part of a journey. The same artist has done some really cool artwork for all the tracks; we’re really looking forward to releasing them.

More people have experienced mental health issues since the pandemic hit. It’s become less taboo and works with the journey that I’ve taken personally. I’m sure loads of other people have been in the same boat, I hope it resonates with them.
[ Vin Trikeriotis ]

Why was it important for the band to shine such a light on mental health and isolation?

More people have experienced mental health issues since the pandemic hit. It’s become less taboo and works with the journey that I’ve taken personally. I’m sure loads of other people have been in the same boat, I hope it resonates with them. It is a personal story but I tend to write like that, pour it out and let it all come out. There’s no reason to hold back.

Tell us about the recording process, did you run into any challenges?

The band has been together for a while; we have some crazy talented guys. Our two guitarists, Daniel James and James Ward-Armstrong, drummer Bill Mann and bassist, Jarrad Cracknell work really well together. Once the song is written, I listen to it a few times, pick a scene and then write to that in a way that resonates to my life. It’s an easy process for me because I feel comfortable with it, but I wasn’t always like that. At first, I wanted to be metaphorical and hide everything. I’ve gotten used to using music as an expression of myself.

The band dropped their last album Alter Ego just last year, did that experience influence how you approached this new single?

Alter Ego was a massive stepping stone for us. It took a while to get it out so this time around we said, let’s release something that reflects our current state of mind. There is so much money and time tied into music, especially for local bands, so it can take months for things to come out. We’d already developed by the time Alter Ego dropped; we wanted something fresh. That’s why we’re releasing all those new songs, we’ll also be dropping an acoustic rendition of one of our older tracks. They’ll be a brand new vibe for Tempest. It’s where we want to be now; it not only reflects the emotional state of each band member but the energy that’s coming out of the world.

You’ve shared the stage with some huge names over the years, what have been some of your standout moments?

There have been so many! One of my favourites would be Apocalyptica, when I found out we got that I let out an audible yell, thankfully I was by myself (laughs). We’ve also played with Sepultura and Arch Enemy, that was insane! We love touring, we’ve played Europe and Japan and hoped to do it again in 2020. We’re pretty lucky, being from Perth though. We’ve got some shows coming up and some yet to be announced festivals, we’ll actually be headlining one of them. We’re lucky to get the chance to do that.

What else can we expect to see from the band this year?

We’ve already pre-recorded a bunch of singles and are planning to drop a four-track EP. We might release another one at the end of the year; it just depends. We’ve also got music videos coming out for each of the three singles. Downfall will drop first; then we’ll have another in February and the last in March. They’re insane and in some awesome locations.