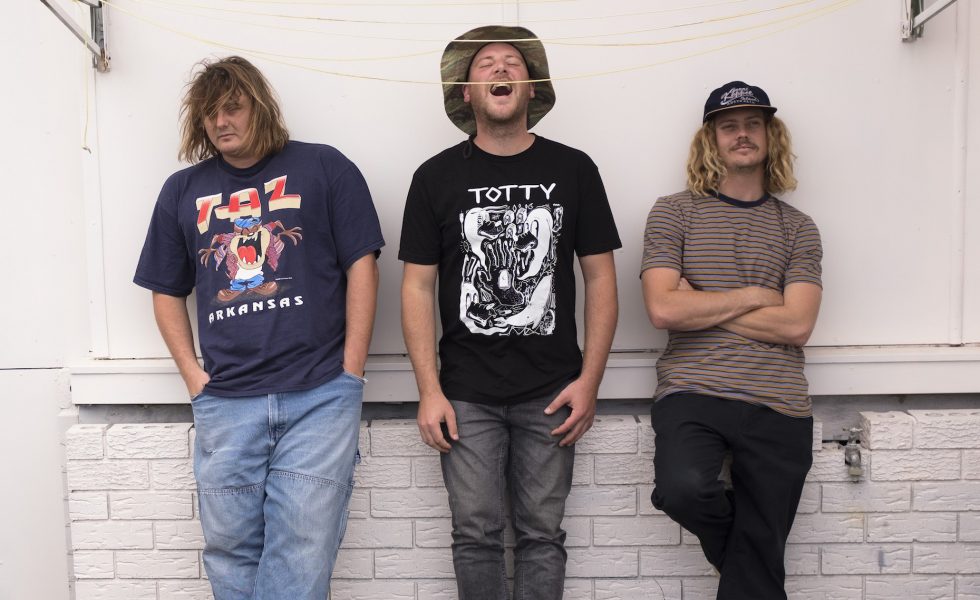 SKEGSS // Release New Single ‘Save It For The Weekend’

Byron’s slacker-punks Skegss have shared their latest single, Save It For The Weekend, an anthem for all of us counting down the hours till Friday night.

The track received its world premiere on triple j Breakfast, and is also accompanied by a Mad Max/Western influenced music video.

The trio recorded the track after wrapping up their most recent US tour. Heading into the desert, they worked at the infamous Joshua Tree CA studio Rancho De La Luna, which has hosted the likes of Queens of The Stone Age, PJ Harvey and Kurt Vile.

Skegss, including members Ben Reed (vocals, guitar), Toby Cregan (bass) and Jonny Lani (drums), formed back in 2014. Since then, they’ve released a series of EP’s and have toured on an international scale. The single follows their 2018 debut LP My Own Mess, which included hottest 100 voted single Up in the Clouds (#11). It also debuted at #2 on the ARIA charts and was featured on triple j.

In recent months the band has also signed with US label Loma Vista Recordings, home to Denzel Curry, St. Vincent and Marilyn Manson.

Skegss will play Yours and Owls Festival this weekend. Following that, they’ll head back to the US this November to play their biggest shows yet, before coming back home for Good Things Festival in December.

Save It For The Weekend is out now via Loma Vista Recordings and Caroline Australia.

Skegss appearing at Yours & Owls Festival 2019

All ticketing information available through Yours & Owls