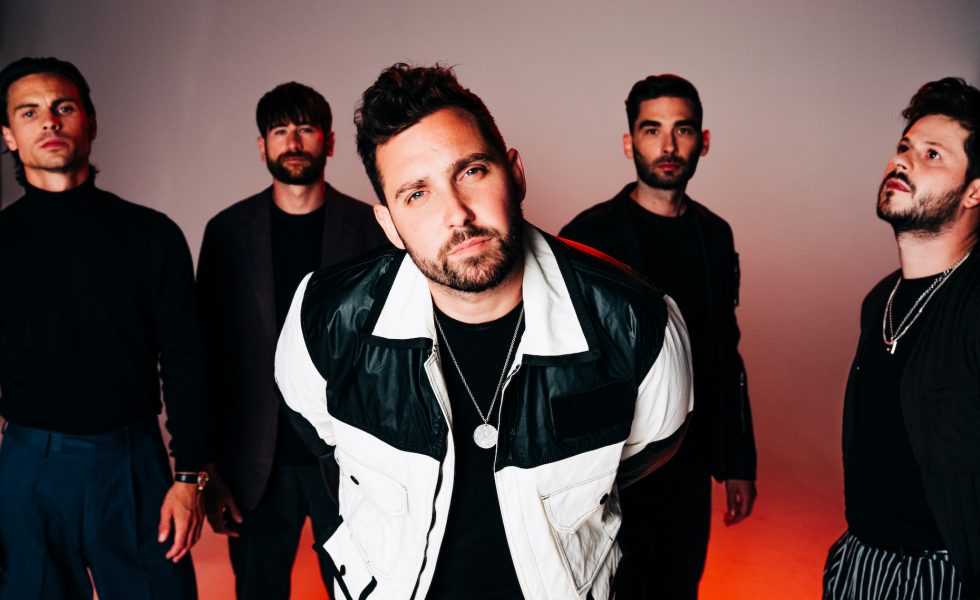 YOU ME AT SIX // Take Your Best Shot

When you’ve been a band for as long as You Me At Six a bit of change becomes inevitable.

It’s a mentality that’s defined the Surrey based rockers, who formed back in 2004. Going into their seventh LP SUCKAPUNCH was no different. Heavily influenced by changes in their relationships, personal situations and the environment, the record became a means of catharsis, particularly for frontman Josh Franceschi. We caught up with Franceschi to chat about the record, and the emotions and experiences that shaped the new album.

Hysteria: Let’s talk about your seventh album SUCKAPUNCH, it’s such a change from your last record VI.

Josh: From the jump, the whole conversation we were having internally was that there was really no point in making a record if we weren’t challenging ourselves and the expectations of our listeners. We have to put out music that deserves the space it gets. We’ve been a band for a long time and we’re on our seventh record, we can’t just be putting out the same old shit as before because that’s not good enough.

We recorded in Thailand at Karma Studios. It’s in a tiny fishing village called Bang Saray, it’s in the middle of nowhere which is perfect.  In essence, we went into it not wanting to take baby steps. After VI, we knew we had to take big steps in another direction and put together a body of work where every song had its own identity and purpose. We took our time with everything and really tried to bring our initial ideas to life. If we were going to go extra with dance or industrial elements, we had to really go with it. If we were bringing R&B and hip-hop to the front, it had to be louder and harder. We still have the spirit and DNA of You Me at Six in this album. We are a rock band, these other elements hopefully just prop that up and make it more interesting.

We can’t just be putting out the same old shit as before because that’s not good enough.

It’s refreshing that, seven albums in, it feels like the band isn’t just releasing music for the sake of it. Do you feel that added pressure to constantly be changing it up?

There’s that. But, as an artist, you’re judged by your most recent work and I want to challenge people. I don’t want there to be this notion that we’re sticking around at the party, being the last ones to leave. We want to make sure what we’re doing isn’t just a numbers game, we only want to put out music if it means something and we can take it to a different place. The other liberating factor that comes with being a band that’s released seven records is that you stop caring about the things that don’t matter.

I’m fully aware that some people will look at SUCKAPUNCH and say it’s not the version of You Me at Six they wanted but it’s impossible to please everyone. Once you let go of that it becomes easier. If it’s real and true to us and sincere, it’ll come across like that to others. I’m hoping people will find something in this record that they’re drawn to and resonate with, but we had to do it on our terms. It had to be a culmination of the last few records we’ve put out. I hope people will enjoy it in the same way we have.

In press statements the band has said this album was inspired by some darker moments, tell us about that.

There was a lot of pain for us, individually and collectively, when we went into making this record. You have a choice in those situations and there’s always a beautiful interpretation of a bad situation, it’s really just how you want to flip it. We are more potent songwriters when we’re coming from a position of vulnerability, pain or frustration. There have been some personal issues for us within our private lives, people were going through breakups of both long-term or slightly more short-lived relationships. I didn’t want it to be a breakup record, that wasn’t how I was feeling at the time. We also touch on things like environmental and economic issues and also look at society in a petri-dish kind of way to try and understand what the fuck is going on.

With the song Finish What I Started, that was realistically the first time I’ve ever written a song about my own demons and issues with mental health and some close shaves that I’ve had. There’s a line in that, “easy to say that you can relate when you’re not the one staring death in the face”, and that came from a moment in time when I was at an absolute rock bottom. I wrote those lyrics back in 2017/2018, so for them to only be out in a record in 2021 is interesting. When I was tracking the vocals for it, a lot of those feelings resurfaced and I had to face them head-on. I’m more equipped to deal with that stuff now, my mind is a lot clearer and healthier.

If you go into the record thinking it’ll be the last one you ever make it, you throw everything at it. It’s really pure and sincere and has integrity, there’s a lot of substance to this record.

Going on from the last point you made there, on VI the band also spoke of some challenging moments and how the band almost felt ready to call it quits. Did any of those issues come to a head this time around?

No this was my position on it, I felt like I’d said everything I had to say through You Me at Six. I’ve given pretty much my whole adult life to this project, whether it’s been from touring or recording or the day to day process of essentially running a business. I’d grown a bit tired of what that all looked and felt like. I still have immense love and respect for everyone involved but I didn’t want to repeat myself or be involved for the sake of it. I wanted to be involved in the band because I really fucking wanted it. I went into this record saying, I need to do this and it’s not just on me, other people need it too.

I had every intention of putting this record out last summer and doing the touring commitments, enjoying every moment and then saying my thanks and bowing out. Having that energy of putting absolutely everything into the record, in a way it served a purpose of reminding me why I love everything that we do. Sometimes it’s just a crisis of confidence and loss of identity. Especially if you’ve got a self-destructive side, you take something good and you run away from it. Fundamentally, You Me at Six still has a large place in all of our hearts and we’re trying to do right by it. We’re not a band to put out an album or two and disappear. We’ve been around for a while and have a level of responsibility, to both ourselves and our fans, to only do this if we really want it and really mean it.

Was it that you felt burnt out, or sick of it, for lack of a better explanation?

I was never sick of it, but being in a band is like being married. Your whole life falls under one umbrella, it’s all engrossing. Everything about you is attached to this thing. You’ll put in a request to your management and band-mates saying you’ll be taking a week off at this point in the year for a holiday, but then by the time that comes around some stuff comes up and you question what life you’re living if you’re only serving this beast.

There’s other stuff I want to do with my life, other than playing You Me at Six and that’s completely okay. Sometimes you feel like the fight’s a little bit gone and that happens with everybody. When something starts off simple and is about the love of doing it but then becomes work, it becomes an unhealthy relationship. The whole point of being a musician is doing it because you love music, it’s not meant to be easy but it’s not meant to be as hard as it has been at times.

Recently, we had an experience. We went into Abbey Road in London to record and that’s something I never thought I’d be doing. We’ve been fortunate enough to go to some pretty crazy places as a band but to go record there was sensational. I said to the lads, I haven’t had a moment like that in a long time, where I’ve literally been blown away by the magnitude of what it was.

I don’t want anyone to get it twisted, I’ve got a lot of love for the band and everyone in it otherwise, we wouldn’t have made the record. Sometimes people just want to explore those other parts of their lives and I think what the situation we’re going through in 2020 has allowed is perspective. We spent a lot of time thinking about and understanding the good and bad moments. We realised what’s important, and that is that we’re five very ordinary blokes that have been able to do something extraordinary because of this band. That’s not something to take lightly, it’s definitely added some perspective and perhaps restored the hunger on that side of things.

We wouldn’t be human beings if we didn’t question things though. We all go through moments of being unsure of something, that’s kind of the deal with life. The way it’s turned out is that we’ve made an unbelievable record that we’re all very proud of and we’re determined to go out there and play those songs live when we can. That’s signed me up for another amazing chunk of my life.

Purchase & stream You Me At Six’s SUCKAPUNCH here.