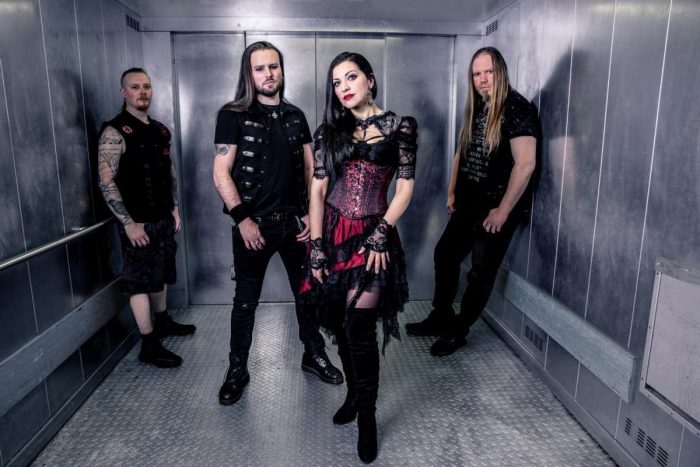 Leading up to the album’s release, the band dropped three songs, Addition No. 1, We Come To Ruins, and their latest single an 80’s cover of Desireless’ Voyage Voyage.

SIRENIA’s bassist, vocalist and ‘mastermind’ Morten Veland says that “our new album is influenced by the eighties to some extent, we thought it would be fitting to do a cover version from this era, and it is a bonus track on the album.”

Performed in the song’s mother tongue, Voyage Voyage is sung in French by SIRENIA’s female vocalist Emmanuelle Zoldan. The track is described as combining ‘symphonic soundscapes with electronic vibes’.

The French Norwegian four piece took a similar approach to Polaris when it came to deciding which song would best suit as a song to cover. Morten Veland continues with “in terms of covers, I love to find songs from a completely different genre and then put SIRENIA’s touch and sound to it. It never made sense to me to do a cover version of a different rock or metal band, as the versions would end up too similar”, much like how metalcore band Polaris’ decided to cover Eskimo Joe and their alternative rock piano tune Black Fingernails, Red Wine for triple j’s Like A Version.

Riddles, Ruins & Revelations will be SIRENIA’s tenth studio album, which was mixed and mastered by the band’s very own Morten Veland at Audio Avenue Studios in Norway. The new album features 11 tracks, including a cover twist on the 80’s song Voyage Voyage thrown in the mix.

SIRENIA have stated that Riddles, Ruins & Revelations is an extremely diverse piece of work that “will take listeners on a journey that will cover both familiar and unexplored musical landscapes.”