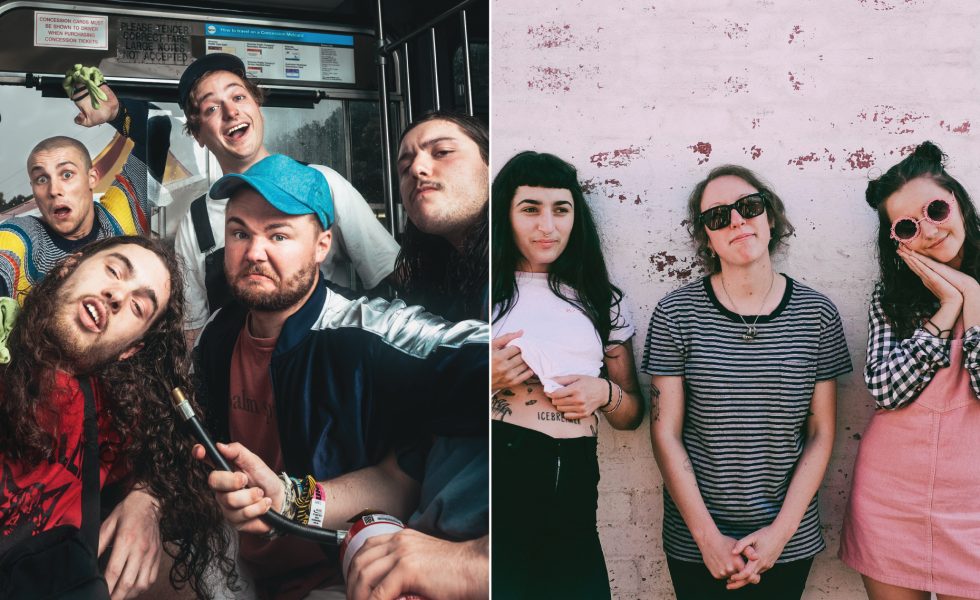 Females are underrepresented in the music scene, and YOU are the problem.

MORE: Our epic wrap of the first Australian Download Festival

The issue of gender inclusivity in the music scene (especially the heavy music scene) is always a hot topic, and it looks like Ocean Grove’s recent interview at Download Festival has sparked the debate once again.

“I just believe that if it’s a good band, then they deserve to play. Regardless of what gender they are, what colour they are, what beliefs they have.” Ocean Grove bassist/vocalist, Dale Tanner said in an interview with Music Feeds.

In true internet fashion, everyone was quick to blast the entire band for this comment, and the so called “boys club” mentality they supposedly have. But what is so wrong about Dale’s comment?

I am a female who is pretty involved in music (this is me writing for a music magazine – hello!). While I don’t actually play in a band, I don’t want opportunities handed to me purely because I’m a female.

Females are not a charity case.

Yes, it fucking sucks that Download only had four acts with female members. I am not here to discount that. (Though, people seem to discount the fill-in bassist for Limp Bizkit, who was a woman – ed.) This is an issue that we need to fix, but crying on Twitter about it isn’t going to fix it. (See below for some choice vitriolic tweets, natch)

Are you really so privileged that you believe we live in a meritocracy @oceangrovemelb ? That u have been awarded the exact same opportunity as POC & women & queer people? If u think these festivals r an accurate representation of the music community YOU r missing out severly. https://t.co/Nx6BSqZKgv

also, shove this entire video up your ass @musicfeeds you dogs

MORE:  Story Of The Year – Waking The Pack // Dead Of Winter Festival Line-Up

I personally know a bunch of great women in great bands and not one of them wants a sympathy spot on a line-up.

So let’s cut the bullshit. Stop treating women like they’re inferior. We don’t need special treatment. If you think a band (who just happens to have a female member) is good, support them! Tell your friends about them, tweet about them, wear their merch, treat them like you treat your favourite male band.

I think it’s unfair to act like the people working for big touring companies are purposely NOT including females as a part of some evil, anti-feminist agenda. The reality is, bands are put on line-ups because they bring a crowd. If your local band with a female drummer isn’t going to bring the same sort of crowd as these bigger bands, they won’t get the spot.

Support more good female bands at a local level. Go to their shows, buy their shit, share their stuff on your social media. Help them grow, because if they can draw a crowd and put on a good show, they won’t be ignored.

Rather than sitting here and complaining that there aren’t enough females at your favourite festival, do something about it. It starts with you.

That’s the great thing about music, FANS are in control. Whether a band makes it or breaks it is completely dependent on the fans. If you want to see more female bands at a higher level, support the kickass girls who are writing good music. Sick of seeing abusers on big line-ups? Stop supporting them. You may only be one person, but we’re all one person, if we all make an effort to support the bands we want to see at the top, we can spark change.

Let’s get the world to a place where we needn’t worry about the gender balance on festival line-ups, because we know everyone had an equal opportunity. The bands we all support are the bands that make these line-ups. YOU have the power here, use it how you wish. The reality is, promoters and festival organisers are going to notice the kind of bands we’re all supporting, so as long as we’re supporting mostly male bands, they’re going to get the big spots.

MORE: Our perfect score review of Camp Cope’s How To Socialise and Make Friends