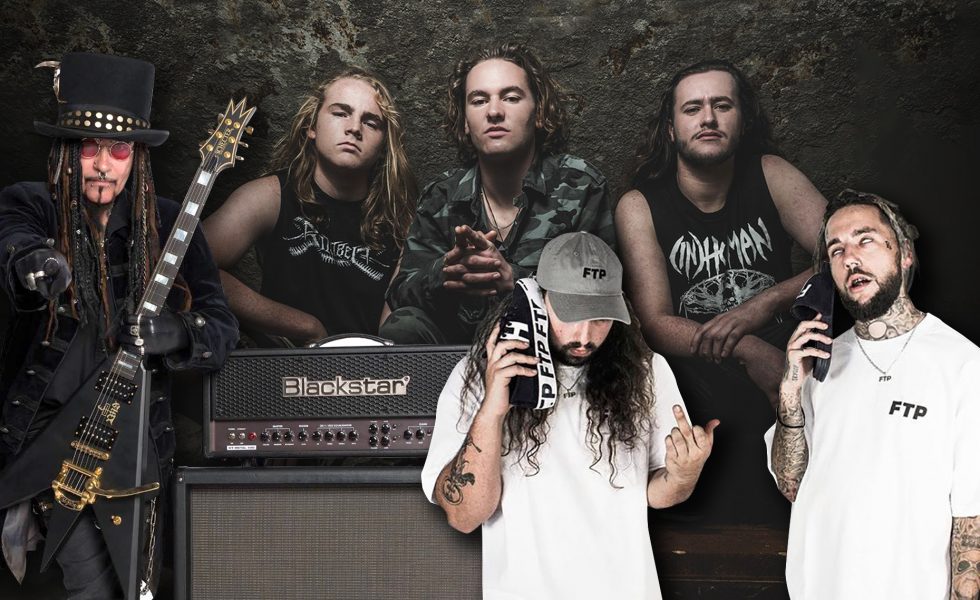 QUICKFIRE ROUND: ALIEN WEAPONRY // One Question, One Song, One Sentence With Lewis De Jong

For this week’s Quickfire Round, we’re taking a trip across the Tasman to chat with New Zealand heavy metal outfit, Alien Weaponry.

Alien Weaponry are a 3-piece thrash metal band from Waipu on New Zealand’s North Island. Their amalgamation of thrash metal and Maori tradition makes for a truly unique sound that we can’t wait to hear live. If you haven’t already heard, Alien Weaponry will be taking the stage at Download Festival this year, playing tracks from their latest album, Tu.

New Zealand isn’t exactly the first place that comes to mind when you mention thrash metal exports, but Alien Weaponry are putting our neighbours on the map with their interesting take on the genre.

We sat down with vocalist/guitarist Lewis De Jong to discuss Download, New Zealand’s music exports and all things Alien Weaponry.

You guys are coming out for Download Fest 2019, we’re excited to have you. It’s not often we see a lot in the way of bands coming out of NZ. What’s your number one choice for a song from a fellow NZ artist that we absolutely need to add to our playlist?

Monachopsis by Seas of Conflict

‘They’re an awesome NZ band, it’s their latest single, and as it happens they will be supporting us on our NZ tour.” Lewis De Jong

All three of you have a strong connection to the Maori culture, and this is often reflected in your music. Incorporating Maori traditions into your thrash metal sound is such an interesting dynamic, it’s so unique that it actually sounds great. What’s a song that you think is so different that it works?

Jesus Built My Hotrod by Ministry

“It’s came from such a ridiculous idea–Gibby Haynes, the singer from the Butthole Surfers came into the studio drunk, mumbled and rambled for a couple of hours and Al Jourgensen cut it into this song that became a classic.” Lewis De Jong

Your connection to your culture and the pride you have in your people and their traditions is admirable to say the least. What is a song that sums up your connection with Maori culture?


Fyah in the Trenches by Katchafire

“Katchafire are well known NZ Māori artists, and every time I hear that song I think of New Zealand and home.” Lewis De Jong

Turn your Spotify on shuffle. Explain why the first song is there and why you love it.

“People might not guess that I like rap as well as lots of other styles of music, and I like these guys because they have developed their own genre within rap—it’s very dark and close to metal in a lot of ways, almost building a bridge between metal and rap.” Lewis De Jong

You’re coming over for Download Fest this year, which is an incredible career milestone. What is your greatest milestone/memory to date?

Land of Pleasure by Sticky Fingers

“It’s a very intense song that helps me reflect on big things I have achieved (like playing at Wacken Open Air) and things I still want to do.” Lewis De Jong

You can catch Alien Weaponry live in Australia this week at Download Festival.