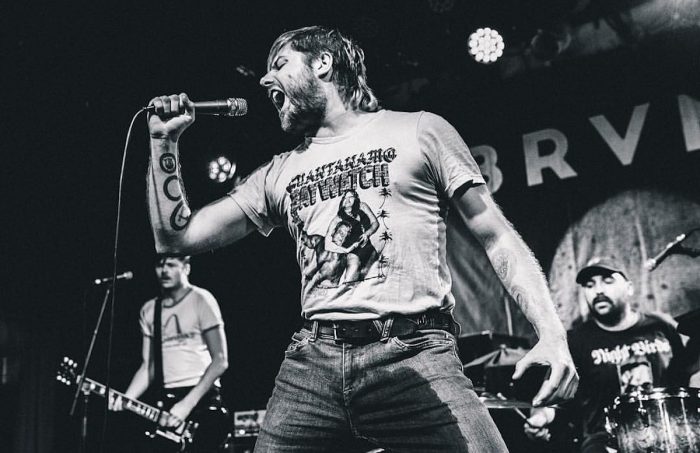 Melbourne lads Private Function have just released their latest single, Talking to Myself, complete with a new music video for fans to enjoy.

The clip features the group stumbling upon a baby locked inside a car on a scorching hot day, and working to rescue the child, all but destroying the car in the process while singing and dancing to the tune.

The track follows 2017’s well-received album Rock In Roll, giving fans a fresh, long overdue dose of the band’s upbeat, gritty punk rock sound. The tune exudes classic fast-paced punk rock vibes, and is instrumentally and lyrically catchy—sure to become a fan favourite and appeal to the masses. It just about demands a spot in your next playlist and to be put on repeat for the next week at least. It’s one to get you up and dancing, or at the very least bopping your head along to its rhythm.

Having only formed in 2016, the young men from Victoria have already accomplished a lot of good things in their journey, including supporting huge acts such as Frenzal Rhomb and The Smith Street Band, and making their mark on the music scene with their high-energy live performances on their 2018 Australian headline tour.

With their latest track it seems that the band are heading in a promising direction and have a lot of potential for their bright future. The song is bound to be popular with their existing fans and sure to bring a wave of new fans on board for the ride.

You can find out more about Private Function on their Facebook page.