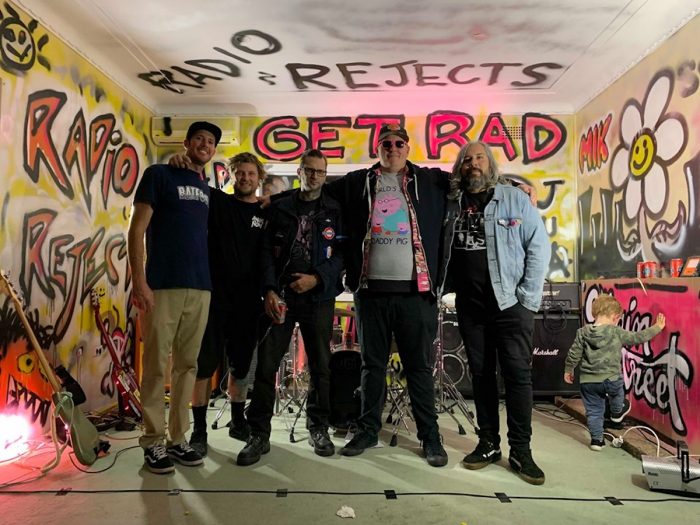 The Greatest is a heartwarmingly wholesome song written by frontman Smith and is about how being a “rad dad” is the greatest job in the world. The song is backed by a hilarious film clip depicting the band showing off their tradie skills before playing a punk show to a bunch of kids at knock-off time.

The clip is sure to inspire all isolated DIY enthusiast to get started (or not) on their burning passion project, or to just “give you a reason to smile in this currently gloomy world.”

The song was recorded at Main Street Studios and was mastered by punk rock legend Jason Livermore from The Blasting Room (NOFX, Rise Against, Puddle of Mudd).

Radio Rejects have been kicking around since 2018, and the release of their 2-track Dadcore Demos saw them popping up on international compilations and punk shows across the globe.

Since then they’ve toured up and down the East Coast with Australia’s punk rock community as well as alongside international units Booze and Glory (UK), The Creepshow (Canada),  Jet Boys (Japan) and more.

If you’ve always wondered what it’d be like if your dad was in a punk band, give this track a spin and watch the hilarious clip.

The Greatest is out now via Riot Records.