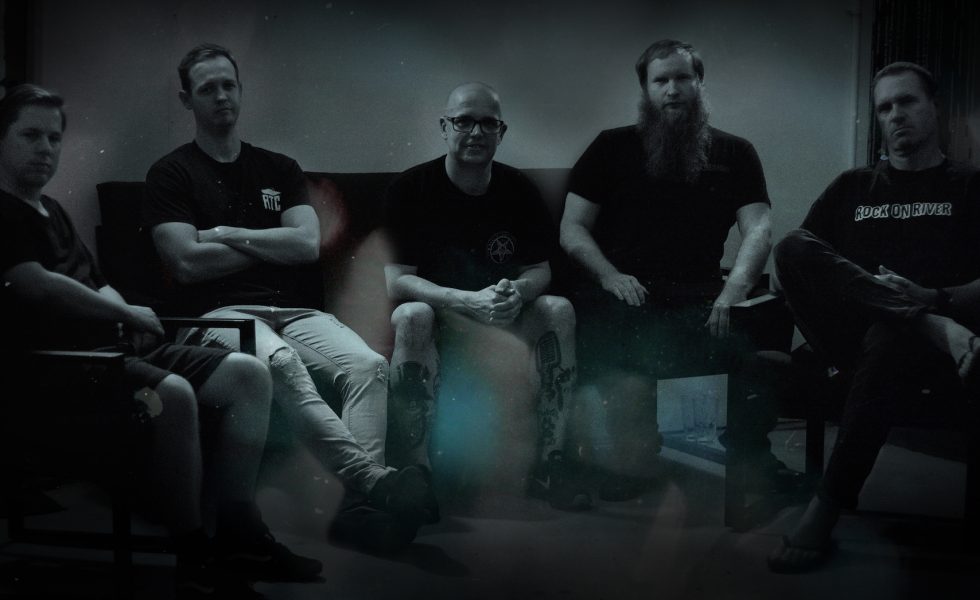 Halloween Hysteria alumni and all round good groove metal blokes Massic are back with a large new track Assimilate, a heavy masala of metal, ‘core, and djenty goodness. Take a listen below.

The Brisbane boys have gone in hard with Assimilate, their sequel to the well received Redshift (2018). Assimilate was recorded and produced by fellow Helloween Hysty alumni Clint Vincent (Dead Letter Circus) who is also twiddling the knobs for the yet-to-be-titled new LP.

According to the band, the single is scarily prescient: “Taking off where Redshift left off, the song is about how sensationalism and propaganda have become the new normal in today’s society. It is a plea to those with their hands on the wheel to stop and think about where we are headed and what effect we as a species are having on Mother Earth. The like-minded amongst us are growing impatient; Earth needs us to rattle the cage. To revolt is all we have left, and Massic are here to lead the charge.”

Talking to vocalist Simon, we get the facts behind their skull-crusher of a single and how being a metalhead may have prepared us for the strange times we live in…

Hysteria: Assimilate is yuge. Is this the prelude to some more material?

Simon: So it was really a tester to see how the next stage of recording the album would go. And it actually started as a bit of a side single idea. Because it’s different to a lot of the stuff on our first album Redshift, it’s more low-tuned and abrasive in parts. We thought, “You know what, why don’t we throw this out?” As a prelude to what’s to come. We want to release a second single and sort of trickle out for the second album, which will be pending at the moment because of what’s going on in the world. We’re going to hold onto it a little bit and probably refine some things now that we have the time. Because as we know, the music industry is about to take a huge hit, and it already has. We’re taking more time to refine the other nine songs.

That’s a bit of a silver lining, I suppose.

Well, you have to take them don’t you? Especially since it’s idle hands. Like our main writer, he’s away writing, so it’s like, “Well, what do we do?” Everything is pending. So I find it fitting lyrically, what Assimilate is, which is no new concept for heavy music. Heavy music has always been really honest, and with that little bit of hardcore punk element that we like to add. Speaking of what we think the truth is, and we’re not being told everything, and the powers that be. I had a chuckle about the word ‘Assimilate’ and what it means, because we’re really going to have to come together in the next few months as a people across the planet, and make some really big decisions I think. So the timing is ridiculous.

Your Facebook says you guys were doing a Bushfire fundraiser in April…now we can’t even do that.

That’s what we have to really reel in, because we’re going to have smart about a few things.

A famous Stoic philosopher once said “Knowledge is the greatest inoculant against fear.” Something to that effect.

Yeah. I think bamboozlement is the new black at the moment. It’s just we’re so inundated with information, and it’s unyielding, it’s everything. If you take it all in how do you get it all out? Oh my God. So essentially, this kind of time is what Assimilate, the song, is about.

I had a chuckle about the word ‘Assimilate‘ and what it means, because we’re really going to have to come together in the next few months as a people across the planet, and make some really big decisions I think.
[SIMON]

You beat me to the punch…

We use a metaphor in the chorus there, talons… it just feels like we’re in the clutches. We’re just being held by the overlords and the powers that be. Where we’re being held by these claws. It’s sort of the idea of the song overall. Again, not a new concept at all. But it just seeded the music and, “Oh man, this is coming.” And you look through all heavy music, and a lot of music because music is such a great… I say it’s like a soap box moment. So it might be seeing into the future or whatever, but you don’t have to look far to see an example of a song, songs, where you’re like, “Oh man, this is really relevant.”

Metal bands have been portending the apocalypse and disease since the beginning of the genre. Do you think as a concept, this entire situation, isn’t as foreign to metalheads and extreme music fans than most other people?

I think so. I like to think, to vouch for the people I love, there’s a lot of very intelligent people that are involved with the heavier style of music, and I don’t think that could be argued. We have people who read, people who are curious, who seek the truth in the information. So I think that comes hand in hand. And I think, yeah, being better equipped is being mindful and being open to conversation, and suggestion, and that curiosity. “Well, wait a minute, wait a minute. This isn’t adding up. Why?”

Minor Threat are a great example. You’ve got to be a part of the herd or be not part of the herd. I remember when the goth scene started, that whole ‘to be different’ scene, as an example. The punk scene was the same. And metalheads are just, I think they’re better equipped in a lot of ways. Going against the grain sometimes just really prepares you for when the world goes against the grain as its normal way. You just clock in. To use a Black Flag reference, “just clock in every day.” Yeah, I’d like to think that the heavy metal fan is definitely more well equipped because they question things, and they’re open minded enough to question what is normally accepted.

I’d say that metalheads are already ostracised to a point, and that mentality is something that we’re prepared for.

I think cognitively prepared. Let’s just go the grass roots of it, you talk to… “Oh, that heavy metal thing. I can’t even understand what you say.” It’s like, “Okay.” “And that’s not music.” All the sudden when you’re saying, “Oh I’ve experienced this quite a lot of times, and some of the people I experience it from, it is the pot calling the kettle black honestly.” But people are so willing to give their opinion on that. Like, “Wow, I didn’t even ask, you just said it. You just openly said it.” It’s like people who are tattooed don’t care what non-tattooed people think. People say to me, “Oh, you’re in a metal band? Oh, that’s not even music.”

Well Australia has never had a critical mass metal band. There’s no metal band we can rally around as a major export. Great Britain has Iron Maiden; the US has Metallica. We have…AC/DC? Not even.

We’re such a young country too, so I don’t know. A few bands come to mind, but that’s because I’m a metal fan. A good example right now is do we have an Australian metal band? Apart from AC/DC, if you go to Target, is there an Australian metal band where we can get a metal band T-shirt? I have friends in this band but I’m going to say it, I wouldn’t know what to think if I walked into Target and saw a King Parrot shirt. It would be surreal!