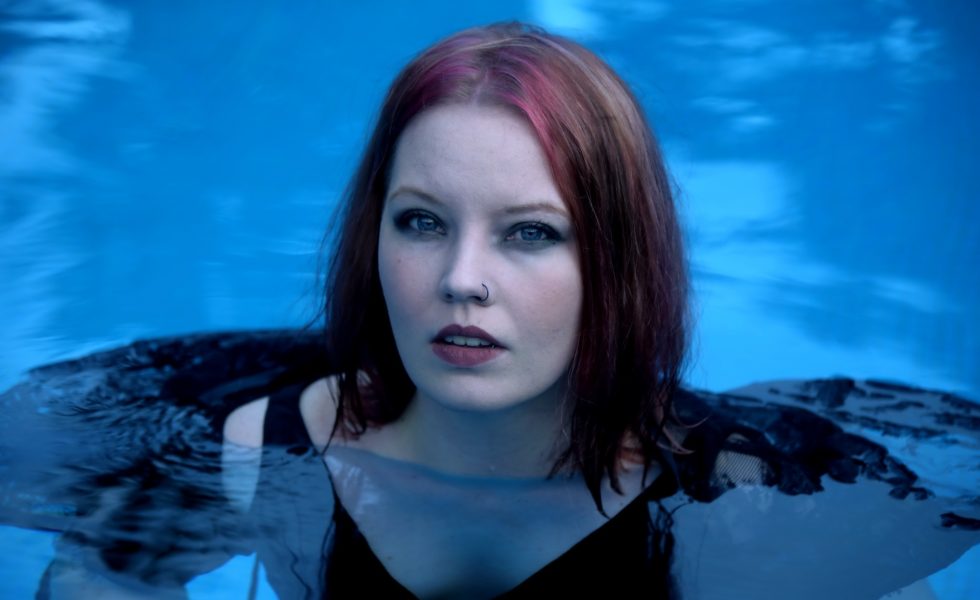 PREMIERE & EP TRACK-BY-TRACK: MACHINE ON A BREAK // Afraid Of The Dark

Aussie heavy songstress Machine On A Break keeps the monsters at bay via her debut EP Afraid Of The Dark, a scintillating collection of immersive and finely-honed tracks that aren’t afraid to delve into the darker sides of life while offering sonic refuge.

The brainchild of Toowoomba-based pop-metal hybrid Jessie Wilson, Machine On A Break cleaves emotives and catharsis with an elegant duality, exploring themes of domestic violence, mental health and empowerment on her brand new EP out this week, and cohesively drawing together her musical journey so far that began at the start of 2022 with the release of her debut single Avocado Toast.

From swirling melodics and ambient heaviness (Things That Go Bump) to balanced angst and crystalline craftsmanship (Magic Pill, Ghosts), powerful piano-laden ballads (Pattern) and driving, thoughtful exuberance (How to be Sincere), Afraid Of the Dark is a vulnerable yet lion-hearted exploration into dreamy sonic territory alongside fierce and authentic storytelling.

Already boasting airplay on radio stations around the globe, Wilson, under the machine On A Break moniker, has previously been named as a grand finalist in the Listen Up Songwriting Prize, with appearances at The Sydney Fringe Festival, Sofar Sounds Sydney and the Northern Beaches Music Festival also under her belt.

Stepping out of the dark and into luminous musical terrain via her debut EP, Machine On A Break is firing on all cylinders on Afraid Of The Dark, and it’s certainly a soundtrack to bolster, comfort and/or ignite your senses, helmed firmly by the powerhouse presence of Wilson herself.

Afraid Of The Dark is officially out tomorrow, Friday 20 January, but you can grab an exclusive early listen right here with Hysteriamag.com; and to guide you through your listen, Jessie Wilson also takes us track-by-track through Afraid Of The Dark in its entirety below.

AFRAID OF THE DARK – EP TRACK BY TRACK

Things That Go Bump is about my frustration with how we treat violence in our society, especially gender based violence. We treat it as though it is potential victims’ responsibilities to stay safe and not potential perpetrators’ responsibilities to behave. Things That Go Bump also discusses the way in which we talk about the issue, as we need to foster meaningful and productive conversations rather than play the blame game.

Magic Pill is about my experience when I was discharged from a psychiatric facility and started on a new medication which allowed me to finally feel like myself again for the first time in years. It is about the reflections I made on my time when I was unwell and questioning my sense of identity. If I only felt like myself on a magic pill, was I truly myself?

Ghosts is about the experiences I have when I’m no longer myself mentally. I suffer from schizoaffective disorder which means my perceptions are not always reality. Part of this in the past has been experiencing ghostly figures tormenting me and asking me to do things I ordinarily wouldn’t. The haunting production is reflective of the fear I felt while experiencing my altered perceptions.

Pattern shines a light on some feelings experienced when trapped in a domestic violence relationship and why it is so hard to leave. I hold this song quite dear to me and always feel vulnerable sharing it, but I know it is a powerful song that connects with people at my live shows so I am being brave and sharing it globally.

HOW TO BE SINCERE:

How to be Sincere is a coming-of-identity anthem. Written on a writing retreat in Copacabana, How to be Sincere is about finding myself and my sound through being surrounded by incredibly talented musicians. It is an uplifting track where I showcase that I am more than just the trials and tribulations I’ve been through but am capable of a wider range of emotions. How to be Sincere is my favourite song to play live as the audience participation makes it something really special.

Afraid of the Dark is out Friday 20 January.

FOR FANS OF: Stand Atlantic, Tigress, I Prevail