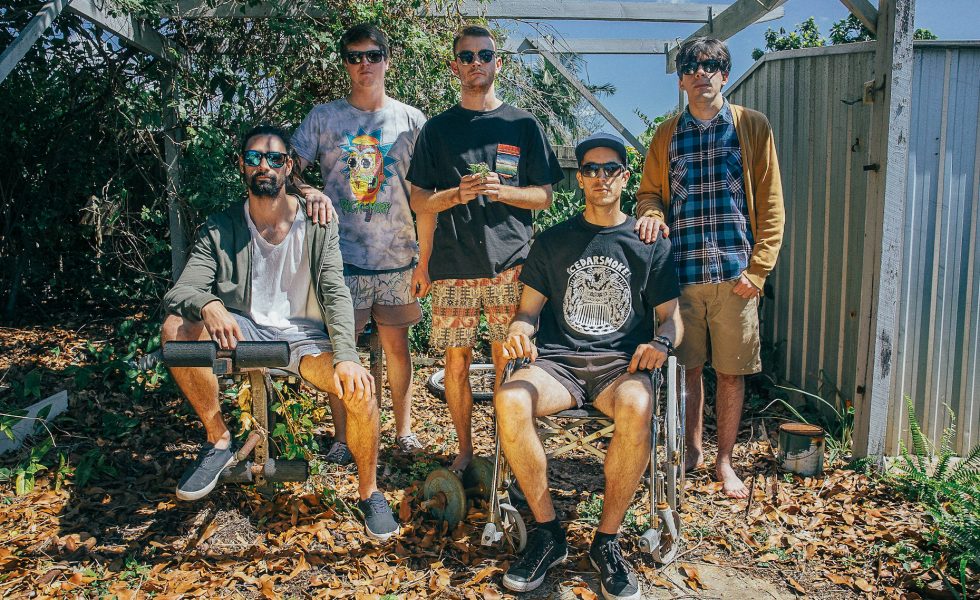 Brisbane based slacker rockers Cedarsmoke are releasing their six track EP, Kicked Out of Eden on 8th of March.

Born out of an era spent in a Queensland backyard shed with a tinnie in hand, the title of the record reflects the bands moralistic stance on life, and their ability to bring light to some pretty bleak “out of luck” situations.

It’s no real surprise then that; despite lyrically dealing with the drab, circadian rhythm of life; the EP has an uplifting feeling that carries through. It’s what the five piece have described as a “dark-humoured sitcom about the everyday picayune things of some wretched characters.”

There’s a mellow tempo that kicks on throughout the entirety of the six tracker, and it is the perfect contrast to the dark, dejected reality that underpins the tracks. Not sold yet? There’s also the mix of the melancholic tones of Jonathan Cloumassis with some killer upbeat percussion, retro tinged guitar riffs, sweet keys and overdriven choruses.

Late last year, the five piece teased new music by dropping the gloomy, metaphor laden single Let the Wind Blow. The track features on Kicked Out of Eden, along with the EP opener Waiting to Die and the following tracks Here Alone, Fucking Up, It Goes Awry and Downer.

Kicked Out of Eden was written and performed by Cedarsmoke themselves. It was recorded and mixed by Cam Smith at Incremental Records and mastered by Harris Newman of Grey Market Mastering. It follows the release of their 2017 EP, Traffic on Solitude Road.

To celebrate its launch, the band will be hitting the stage for a one off performance at The Milk Factory (Brisbane) on April 5th.

Listen to Kicked Out of Eden exclusively below.