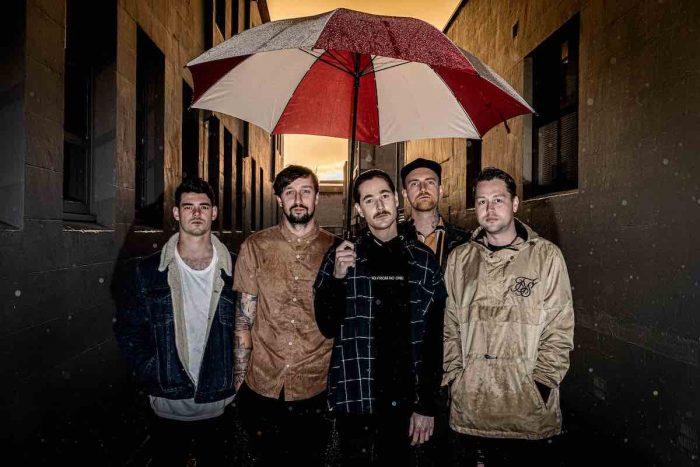 The second single from their forthcoming EP Tragic, the new track is sure to build an even greater success for the Mount Gambier natives, who, since their 2011 debut, have supported Northlane, Ocean Grove, and Dead Letter Circus on tour to name just a few. Back in 2012 Admella were recipients of the coveted Triple J Unearthed Soundwave competition, performing at Soundwave 2012 on the Adelaide stretch of the infamous festival.

Admella have been on a three-year hiatus only to return with brand new eyes. With a clear vision of what they want to accomplish and a fervent mindset for how they want to deliver their music to the world; Admella are taking their game seriously.

And back to Plastic Heart and the accompanying video—don’t be fooled by the sensual imagery from the video’s outset, this track rocks. With Muse-esque builds, unexpected breakdowns, and straight up Aussie rock instrumentation, in Plastic Heart Admella have created a song that is both sonically inspiring and visually stunning.

The band recently released Castle, the first offering from the upcoming EP, which received very positive reception from several Australian media outlets. It’s a powerful, relentless offering into alt-rock rotations, powerful vocals, ruthless guitars, and thundering drums that herald the Admella uprising. Thus far, what we’ve heard from Admella is a far cry from what they were doing back in 2011 around the time they released their punk-pop driven EP, Dead. What once was was post-hardcore injected, Trophy Eyes-like chants, with riveting and bright riffs–it’s not at all bad, but Plastic Heart and Castle only go to show that maturity really suits Admella. More, please!

Check out Plastic Heart, out Thursday 23rd January available for download at all your usual online platforms. Keep your eyes peeled for more news of upcoming EP Tragic.