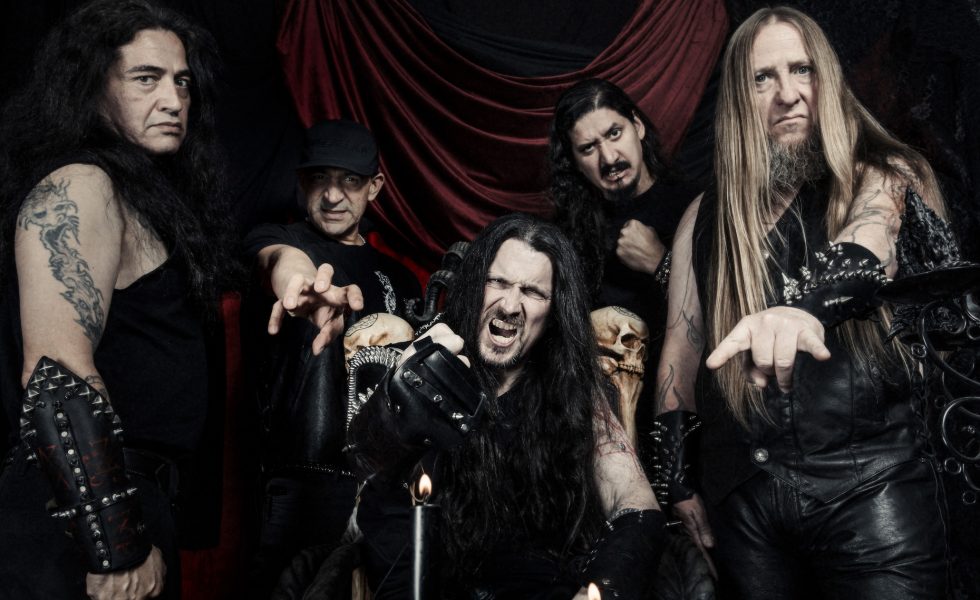 POSSESSED // What If The Devil Reigned?

American death metal band Possessed were right there at the start of what would be one of the most influential scenes of the genre, shaping the sound, defining the ideas, and living the metal dream.

However, Revelations of Oblivion is Possessed’s first studio album since 1986’s Beyond The Gates. Shortly after 1987’s EP release The Eyes Of Horror, Possessed disbanded despite being at the top of their game.

A series of events in the late 1980s led to a much longer break than any of them could have predicted, as vocalist Jeff Becerra recounts, “The short story is the guys [the other members of Possessed in 1987: Mike Torrao, Mike Sus, Larry LaLonde] wanted to live ‘normal’ lives, you know, we drank hard, and I totally respect and value their journey … As soon as they left, I knew I wanted to reform. I was like, fuck it, I haven’t worked all these years, which was like four or five years [Possessed formed in 1983], built up the Possessed name, like we were literally touring with Slayer and Megadeth … so we were doing really well, we were making gold albums, and I was like … first of all I just partied for about a year and a half after we broke up, like woohoo, no practice! [laughs] and then before when I was about to reform … I got shot. I was like, fuuuuuck …”

I’m not going to kill myself because, I’m a like a lapsed, bad, evil, satanic Catholic, and I don’t believe in killing yourself … so I just drank and did lots of drugs, fucked with the needle and the spoon, it was just like a bad science experiment
[ Jeff Becerra ]

Becerra speaks quite candidly about the robbery and shooting that resulted in his paralysis, an event that lead to an extremely dark phase of his life: “… then, like, I got real suicidal, for like five years,” he continues, “like I’m not going to kill myself because, I’m a like a lapsed, bad, evil, satanic Catholic, and I don’t believe in killing yourself … so I just drank and did lots of drugs, fucked with the needle and the spoon, it was just like a bad science experiment, for five years, because I was broken, I was literally broken, I was always going to the [mental health institution] … American psychiatric help is: if you’re on drugs, and you’re having a hard time, that’s why you’re on drugs, you get arrested, they did you a favour and … whatever you have in your possession doesn’t count, you know, legally, they come up, they strap you down on a five point restraint, and they literally … stab a big needle in your fucking shoulder and knock you out, like every day for seventy two hours. So they give you a harder drug than the drug you’re on, and then I’m like, is anyone going to talk to me? Nope. Nobody would talk to me. It’s like all my friends went away, so I lived totally isolated, on my own, just next to well known biker gangs, the prostitute next door, drug dealers, I was like a criminal, an outlaw, I had my Harley worked on in my dining room, I was just like fuck it, I’m dropping out, I don’t give a shit, I’m just going to be ‘totally free’ [laughs] I’ll work on my Harley, hang out with my prostitute friends, my drug dealer friends who were always in and out looking for a place to crash. It was like the sixties, you know, just more drugs. I read a lot of Bible, read a lot of devilish stuff, played a lot of guitar, listened to a lot of music, and basically just checked out. Then after five years, I had just bought a bottle of Kesslers [whiskey] … it’s like if you eat pizza every day for five years … eventually you are going to be like, no more pizza. Know what I mean? So I remember, I cracked it, I didn’t even take a sip yet, I just smashed it right in that courtyard in front of my house, rolled down to the community college and enrolled … I graduated from community college with one of only twenty gold robes, and then went on [to university] and I was like a go-getter, it was cool.”

It sounds like it was one hell of an experience, but these hard years and his time spent absorbed in heavy literature have provided Becerra with some powerful fire for his music, notably writing for Revelations of Oblivion. “The web I was spinning,” Becerra reflects on the process of piecing together the album, “… it started initially with the Revelations as something I always think about, the seven churches and the Book of Revelations and the dragons, it’s just the heavy metal chapter of the bible, and its fun to think about Armageddon, and the times, God versus Satan, good versus evil, but then to turn it into, like, what’s really happening today and like, you can literally see it … and I was like, what would happen if I just continued in this direction, like God was completely absent, he had ceased to exist, but the Devil was reigning. Just like in Revelations, right? This direction, it’s becoming more and more, the devil isn’t shady anymore, nobody’s afraid of the devil, you know, so I just kind of blew that out of proportion, like what if you could really see it, kind of conspiracy theory without being crazy [laughs] … all societies fail, its just a matter of time.”

Religious themes feature prominently on Revelations of Oblivion, or more precisely, irreverent expounding of them. As Becerra notes, his experiences in life add a personal dimension to the apocalyptic album concept.

“I have had massive faith in my younger days,” Becerra recalls, “I used to want to be a priest. Then I completely lost my faith … and then I have spent a life, like, searching. You know, it’s sad, because, to have that faith was really special, you know, but then to lose it the first time you were truly challenged is so crushing. And to rebel against it, to excite anyone to think at all about anything, is kinda fun, and do it with death metal is even more fun.”

Revelations of Oblivion is released on 10 May 2019 through Nuclear Blast.