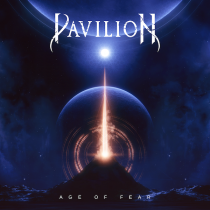 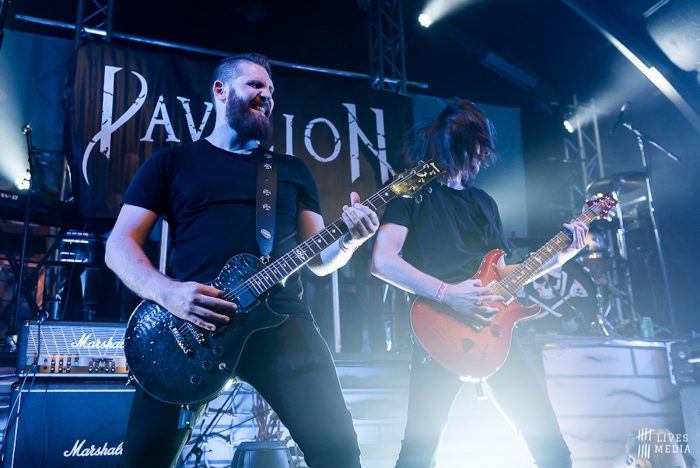 7
A Relationship To Last

Hard rock and heavy metal go hand in hand as genre bed mates, but never really as sonic siblings–that is until Brisbane outfit Pavilion decided to make them play nice.

In their brand-new EP, Age Of Fear, Pavilion have made an interesting and successful conquest of marrying together two sometimes clashing styles.

Okay, okay, so maybe hard rock and heavy metal don’t clash that much. Nevertheless, to have elements of each style so distinctly executed and still work together is really good. The guitar solo in Battlefield is so distinctly classic heavy metal, you might wonder how the rock rhythms of the drums and solid march of the vocal melodies complement one another so well–they just … do.

Pavilion clearly know how to blend the aggressive with the contemplative, first single Hellfire an intense, unforgiving power run or boisterous bass and riveting rhythms that would no doubt be good cause to start windmilling in the pit.

Pavilion are a clever bunch. Their songwriting prowess is cunning yet entertaining, their melodies are catchy as all hell–and it all came from amping up the rock and toning down the metal. Nice work!

By contrast though, the sounds of the orient laced through standout track The Truth Untold is a great example of what a band like Hands Like Houses would sound like if they amped up the alternative, Pavilion doing their bit in this one to touch upon various socio-political issues with a killer soundtrack.

Pavilion seem to shy away in both the central and backing vocals, never fully becoming as volatile as the melodies their instruments execute. Pavilion touch on a little screaming, the harsh vocals mixing up the madness a touch, but to edge out more of their tracks with it would be killer. There’s potential here to match the fury of the narrative content, Pavilion just need not be afraid to let it all out.

Ultimately, Pavilion are a clever bunch. Their songwriting prowess is cunning yet entertaining, their melodies are catchy as all hell–and it all came from amping up the rock and toning down the metal. Nice work!

STICK THIS NEXT TO: Hands Like Houses, Bullet For My Valentine, The Word Alive