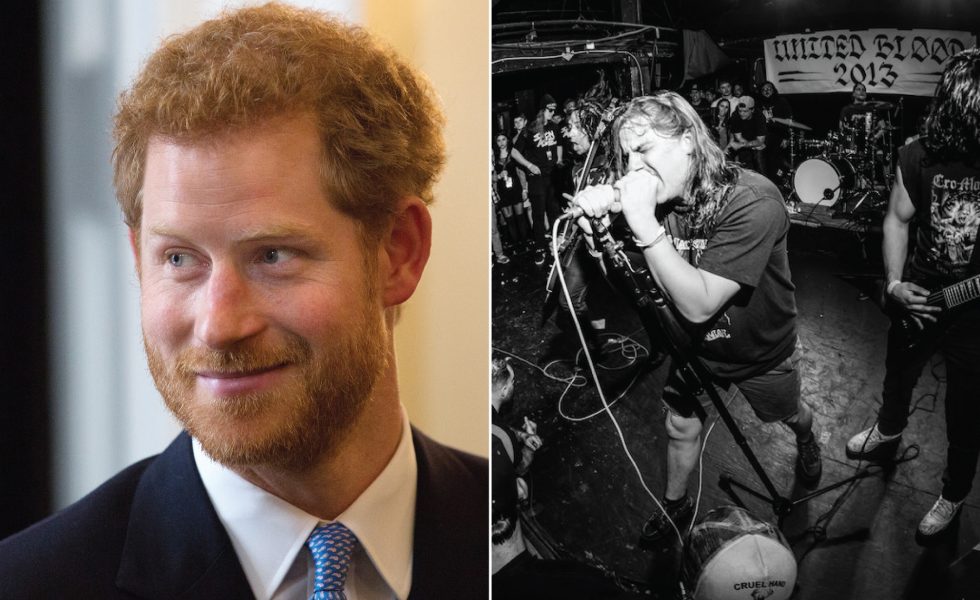 With the Royal Wedding between Prince Harry and Meghan Markle in May approaching, the press are going in a tizzy and digging up as much dirt about the couple, from family strife to breaking royal protocol. But something has finally poked its head out that’s got us excited: Harry’s taste for metal.

Actor and friend Dominic West (Detective Jimmy McNulty in the acclaimed series The Wire) joined the royal on a charity walk to the South Pole in 2014 to raise money for the charity Walking With The Wounded. In an article by The Guardian, West claimed, “Harry has a terrible selection on his iPod: hardcore thrash metal.”

West cited the Prince’s favourites as Power Trip, Municipal Waste, and also the Big Four of the genre: Metallica, Slayer, Megadeth, and Anthrax.

It’s not the first time Power Trip has turned up in a weird place. Their song Executioner’s Tax (Swing Of The Axe) played twice on Fox News on the Greg Gutfield-hosted program The Five, much to the band’s annoyance. They made their grievance known in a series of tweets.

let’s get something straight: we wouldn’t be happy about being played on any major “news” network, but most especially Fox.

if you don’t like our stances, don’t support our band. it doesn’t make a single difference to us. we play on and you can’t stop us.

ultimately this band is about equality for anyone who’s been marginalized by the system – Fox News thrives on that schism. we don’t relate.

Power Trip are gearing up for a headlining tour across North America in support of their fantastic 2017 album Nightmare Logic. No word on if the Royal Wedding is on their schedule.