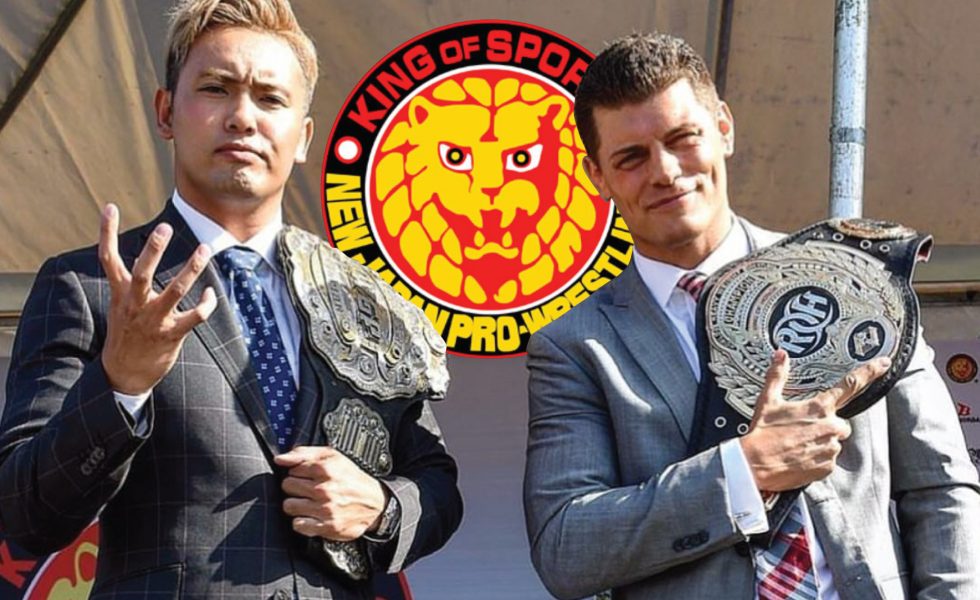 As the eastern hemisphere’s biggest pro wrestling company continues its western takeover, it should come as no surprise that New Japan Pro-Wresting (NJPW) is keen to hit the ring with Australian audiences… We just didn’t expect it to happen this soon!

The company’s first ever full international tour, NJPW will kick its historic Oz jaunt off in Adelaide on February 16th, before bringing the heat to Melbourne, Sydney and Perth. The tour will be led by IWGP Heavyweight Champion “The Rainmaker” Kazuchika Okada, with a little help from the so-called “Ace of New Japan”—current IWGP Intercontinental Champion Hiroshi Tanahashi and current IWGP Heavyweight Tag Team Champions Seiya Sanada and “King of Darkness’’ Evil (real name Takaaki Watanabe).

Also joining the tour will be a handful of members from one of the most acclaimed factions in modern professional wrestling, The Bullet Club: “The American Nightmare” Cody, Matt and Nick Johnson (a.k.a. The Young Bucks), Bad Luck Fale and former three-time IWGP Heavyweight Tag Team Champions Tama Tonga and Tanga Loa.

In case all of that’s not enough, the full lineup will be rounded out with former five-time IWGP Junior Heavyweight Champion Yujiro Kushida, legendary MMA fighter and veteran professional wrestler Minoru Suzuki, Juice Robinson, “The Stone Pitbull” Tomohiro Ishii and Lance Archer. Punters in Sydney and Perth will also be exclusively treated to some good ol’ fashioned brutality from new WGP Jr. Heavyweight Champion Will Ospreay.

The tour comes hot off the heels of NJPW’s success with Wrestle Kingdom 12, which saw 55,000 fans unite for ten of the most intense matches Japanese wrestling had ever seen. Given the more humble capacities of our venues, fans Down Under can expect a more intimate, yet equally volatile experience.

Tickets available through Destroy All Lines. 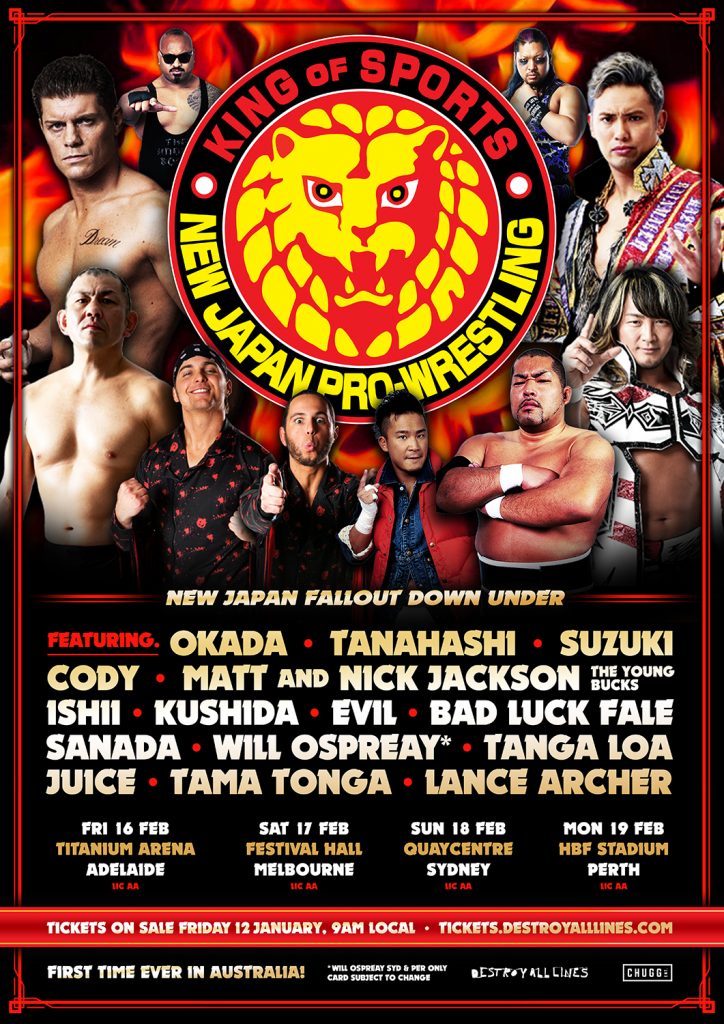