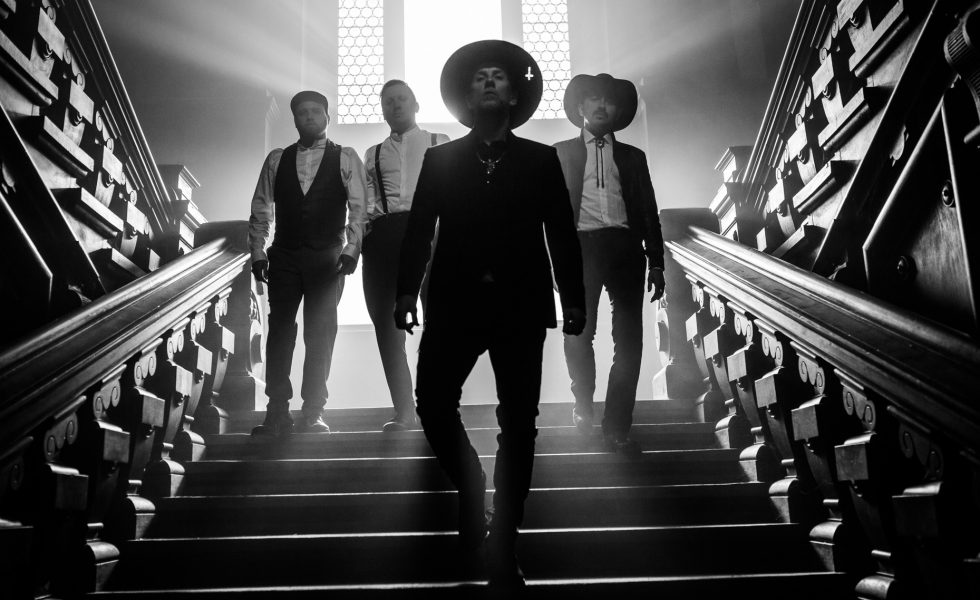 NERGAL: ME AND THAT MAN // Release Third Single From Forthcoming Album

As the front man of death/black metal heavyweight outfit Behemoth, it should come with little surprise that Adam ‘Nergal’ Darski’s solo project, Me and That Man, has followed a similar lyrical strain; and that the backing band is made up with a completely versatile mix of musicians who aren’t foreign to metal.

Featuring members of Slipknot, Emperor, Trivium, Mastodon amongst others, it may however come as a surprise that the predominant genre within Me and That Man’s forthcoming album has been diversified around blues characteristics.

Only three years after the first release under Me and That Man, they’re not set to release their second full length album until 27th March, via Napalm Records.

Titled New Man, New Songs, Same Shit, Vol.1, it’s a compilation filled with blasphemously rhythmic ballads, tender guitar riffs and Nergal’s heart wrenching vocals; while it’s quite the contrast to what we had seen Nergal produce within Behemoth, it’s an offering worth being welcomed with open arms.

Having just released the third offering taken from the album, Surrender is the moody mouthful that fans of Me and That Man have undoubtedly been craving. Featuring Dead Soul and Rob Caggiano in combination with the harrowing harmonies and spiralling guitar riffs, the intensity of the pounding rhythm section brings the piece to uncharted territory for the band. With lyrical cries that’ll leave listeners feeling potentially haunted, it’s only the grooving melody that’ll keep hearts from breaking as the guitar solos break through the reveries of this song’s choruses.

With the video clip following a gothetic-esque narrative inspired by the Victorian era through attire and infrastructure, there’s also regurgitation, holy crosses, rosemary beads and needles being injected, all the while the band remain dapper; surrendering viewers to the bluesy intensity within Me and That Man.